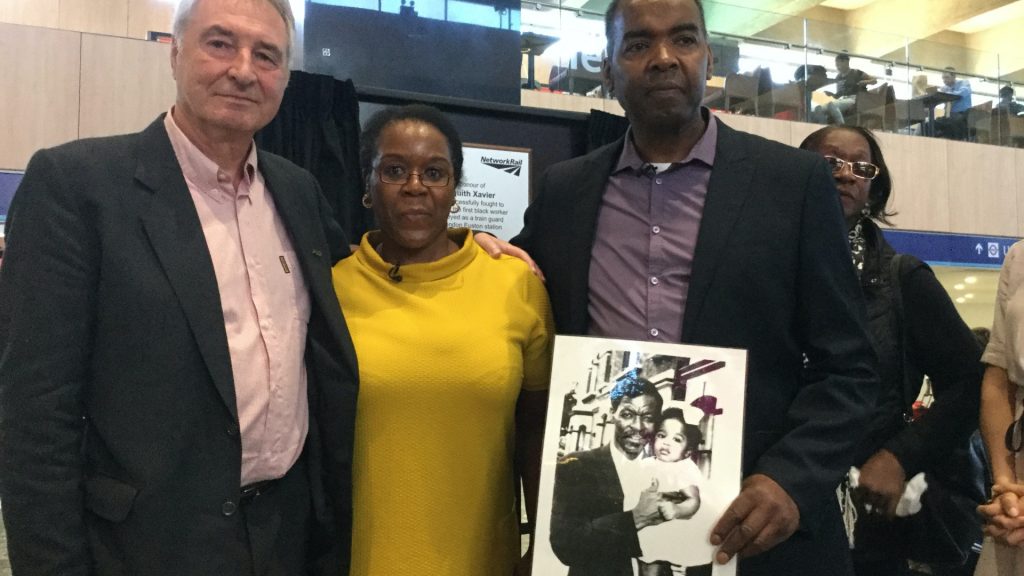 Union leaders have praised the “brave actions” of a railway worker who overturned a racist recruitment policy in the 1960s.

The Rail, Maritime and Transport union (RMT) marked the 54th anniversary of the breaking of the ‘colour bar’ at London’s Euston station by pledging to continue its campaign against racism.

On 15 August 1966, the colour bar at Euston station was defeated when West Indian guard Asquith Xavier was allowed to start work after initially being refused a job.

British Railways had announced, after negotiations with local leaders of the National Union of Railwaymen (NUR), that no grade would in future be closed on racial grounds anywhere in the London division.

Today we remember the brave actions of Asquith Xavier and those NUR officials who supported him in a campaign which eventually defeated the colour bar at Euston station.

We owe so much to those who challenged racism on the railway in an era when it was all pervasive.

The union remains eternally vigilant in the fight against racism, and in this modern era of Black Lives Matter it is important we remember Asquith Xavier ‎and those trade unionists who blazed a trail for us over five decades ago.

Campaign to have the colour bar lifted at London stations

Xavier, who died in 1980, was part of the Windrush generation, moving to England from Dominica after the Second World War.

He had started work for British Railways in 1956 as a porter, working his way up to rail guard at Marylebone station in London.

Following the closure of the Marylebone main line as part of the Beeching rail cuts, guards were no longer required and were being transferred to stations such as Euston.

Xavier, an experienced guard, received a letter from management telling him that he had been rejected for a job at Euston.

Sid Greene, the general secretary of the NUR – now the RMT – contacted the British Rail Board about racist policies being practised in their name which he said had been a longstanding problem. Union officials said colour bars were in place in several London stations, but the NUR campaigned to have them all lifted.

A plaque will be unveiled next month at the train station in Chatham, Kent, where Xavier lived.