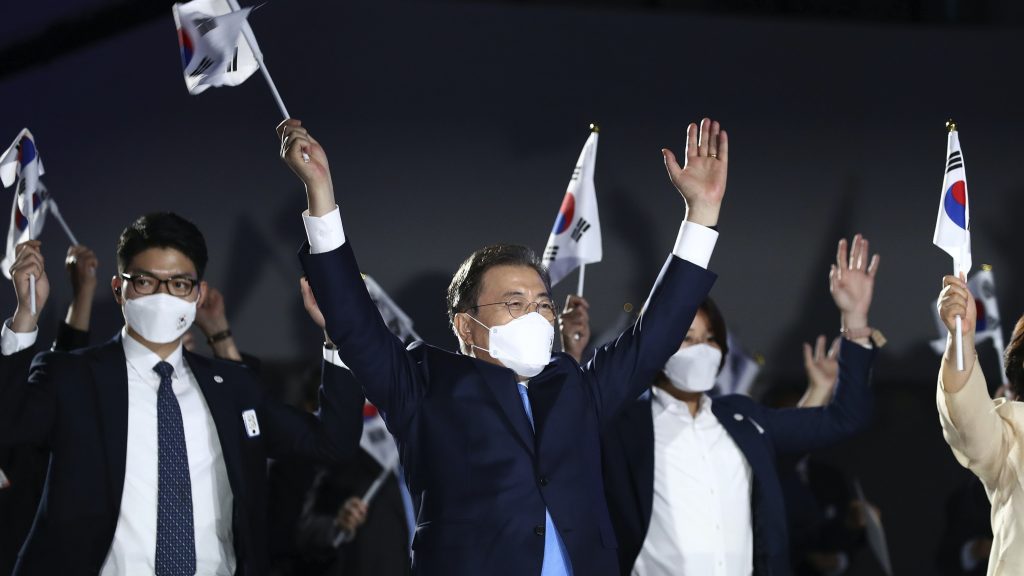 South Korean President Moon Jae-in has offered talks with Japan to resolve a bitter feud over wartime grievances, as the nation celebrated the 75th anniversary of its liberation from Japanese colonial rule at the end of the Second World War.

In a nationally televised speech, Moon said that his government has “left the door of consultations wide open” for Japan to settle a long legal and diplomatic dispute over compensation for Koreans who’d been subjected to forced labour at mines, factories and other sites.

Relations between the two countries sank to their lowest point in decades last year, as they allowed their disagreements over wartime history to spill over into issues related to trade and military cooperation.

Moon, who tempered his words, avoided direct criticism of the conservative Japanese government of prime minister Shinzo Abe, which has insisted that all compensation issues were settled when the two countries normalised relations under a 1965 treaty.

Japan’s stance was refuted by South Korea’s Supreme Court in 2018, when it ruled that the deal didn’t cover individual rights to seek reparations. The ruling called on Japanese companies to compensate ageing Korean plaintiffs who had been forced into slave labour.

“Our government is ready to sit face-to-face with the Japanese government at any time” to find a mutual solution the victims can support, Moon said.

He said the process would help build a “bridge of friendship and future cooperation” between the countries. Tokyo did not immediately respond to Moon’s comments.

In a move Seoul saw as retaliation for the court ruling, Japan last year tightened export restrictions on certain high-tech materials used by major South Korean companies. The materials were for the production of semiconductors and smartphone displays, key exports for South Korea. South Korea has proceed with a complaint to the World Trade Organisation.

Moon also called for North Korea to respond to South Korean proposals for bilateral cooperation, including joint programmes against coronavirus (Covid-19) and other diseases, and the resumption of temporary reunions between ageing relatives separated by the 1950-53 Korean War.