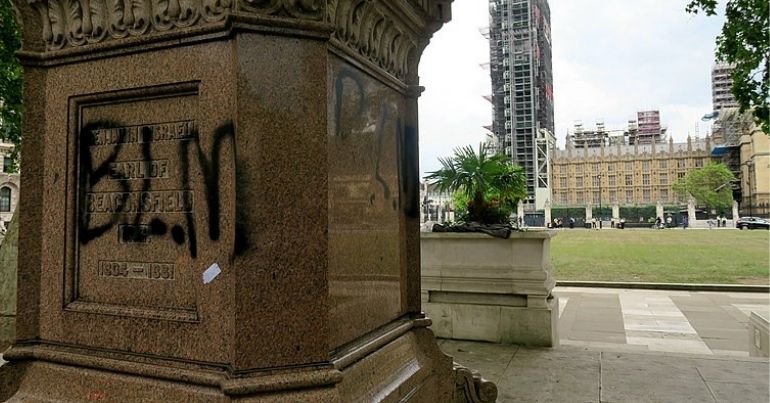 A Tory councillor is being investigated by his party over his comments on the Black Lives Matter (BLM) movement.

Portsmouth’s The News reported on 25 February that online comments by local councillor Ken Smith were being scrutinised.

Smith is said to have posted a comment in relations to athletes taking a knee during a recent England Vs Scotland Rugby match. The Conservative politician posted:

Why are all the Scottish players taking the knee? Can it really be to commemorate the life time criminal, high on drugs, who was inadvertently killed four thousand miles away in America?

Smith appears to have been referring to George Floyd, the African-American man whose police killing sparked global protests against state violence and structural racism in 2020.

“I get Christmas cards from Muslims”.

Smith has since expanded his criticisms of BLM, telling The News that the practice of kneeling in solidarity

was all motivated by the Black Lives Matter organisation. It’s not just a means of paying homage to the person who died, it’s actually a nasty group of left-wing extremists who are exploiting this, and a lot of people are doing the taking-the-knee thing and they don’t know what it’s about.

People have jumped on the bandwagon – troublemakers, I’m talking about – and are using the kneeling as way of causing alarm and dissent, I really believe that I truly believe that sports and politics should not go together.

He also denied being a racist, citing past business dealings and Christmas cards as evidence:

No one has any grounds to call me colour prejudiced in any way. In 30 years of business I have visited and done business with every country in the world, except China, South America, and Myanmar. I get Christmas cards from Muslims, and Buddhists, and Jewish people, because I am never, ever racial or critical of other nations.

It is not clear if Smith comprehends that South America is not itself a country.

There has been resistance to the BLM movement at all levels of the Conservative Party.

Only recently, home secretary Priti Patel told LBC Radio she had been appalled at the 2020 protests.

Last summer was quite a moment actually with all the protests that we saw taking place. You saw policing coming under a great deal of pressure through some of the protests… those protests were dreadful

Asked if she would take a knee in solidarity, Patel said:

No I would not, I would not have at the time either. There are other ways in which people can express their opinions.