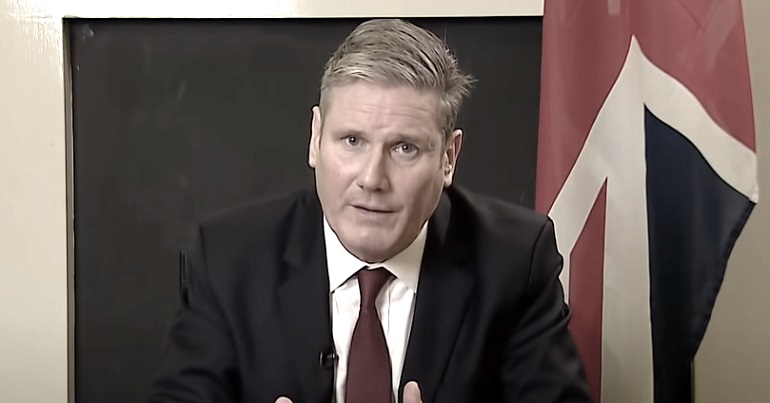 Yet again, Keir Starmer’s Labour Party is aping the Tories. And once more it’s shifted the rhetoric away from both the current leader’s previous stance and Jeremy Corbyn’s position.

Beating the drums of war

Shadow defence secretary John Healey gave a speech to the Royal United Services Institute (RUSI) on Friday 26 February. It was for RUSI members only. According to its website, Healey’s speech was about:

his views on recent developments, set out the fundamentals of Labour’s defence and security policy and outline how Labour will judge the outcome of the Integrated Review.

In a press release, Healey states that:

Second, Labour’s support for the UK’s nuclear deterrent is non-negotiable and we want to see Britain doing more to lead efforts to secure multilateral disarmament.

Third, Labour’s commitment to international law and the UN, to universal human rights and to the multilateral treaties and organisations that uphold them is unshakable.

And fourth, Labour’s determination to see British investment directed first to British industry is fundamental, not just to our thinking on defence, but on the kind of society we want to build.

Labour could still support much of that. But it’s the style of message which has changed. Healey also said that Labour is “the party of sovereign defence capability”. In other words, it wants to see defence manufacturing done here. And Healey criticised the Tories’ cuts to defence spending. So, you could say Labour is promoting ‘British bombs for British wars’.

clearly has the ‘Red Wall’ that fell to the Tories last year at the forefront of his mind… it’s all a bit “Blue Labour” – patriotic, flag-waving and Sun-reading

One user said Labour had ‘learned nothing’ since being out of government:

It's so saddening to see the Left's only parliamentary vessel learn absolutely nothing in the years since 2010https://t.co/NcSVj8OPRL

Given the extent to which the UK's (operationally independent) nuclear weapons depends on US cooperation to remain in service, what plausible scenario is there for their (unilateral) use outwith a joint NATO strike with the US? https://t.co/0gn8IpGmhh

And Patrick Samphire thought Labour was “deliberately committing to Tory policies only”:

I'm starting to wonder if there is any reason for the Labour party. They seem to be deliberately committing to Tory policies only.

As The Canary previously wrote, given Starmer’s history:

Clearly he possesses some anti-war inclinations. But he’s also willing to abandon these if he thinks it will give him political leverage.

So it seems, once again, that the force of Blue Labour-style politics is strong in the party. But Starmer has rebranded the party several times since. And yet, polling for Labour is still nosediving. And this rebranding will probably end in tears, too.