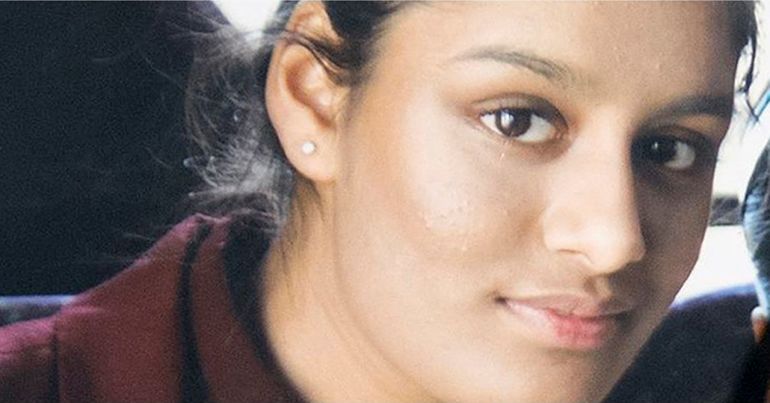 Shamima Begum has failed to restore her British citizenship after the Supreme Court ruling that she’d lost her case.

21-year-old Begum was infamously groomed as a 15-year-old child. She was a minor when she entered Syria and also when she married an ISIS fighter. All three of her children have since died.

Begum was born in the UK. The government has cited her Bangladeshi heritage as proof of her claim to statehood in Bangladesh. However, Bangladesh’s Ministry of Foreign Affairs has refused entry and citizenship for Begum.

Begum hasn’t been allowed to return to the UK over the course of the trial. According to the Guardian:

Lord Pannick QC, representing Begum, said [he] was unable to put her side of the case properly from al-Roj detention camp where she is held. He told the court she would be at risk of physical harm if she spoke by mobile phone to her British lawyers.

This latest ruling has sparked concerns of civil liberty and human rights.

The right to a fair trial is not something democratic Governments should take away on a whim, and nor is someone’s British citizenship. If a Government is allowed to wield extreme powers like banishment without the basic safeguards of a fair trial it sets an extremely dangerous precedent.

The threat to democracy is apparent in this case, as Brighouse continued:

The security services have safely managed the returns of hundreds of people from Syria, but the Government has chosen to target Shamima Begum. This approach does not serve justice, it’s a cynical distraction from a failed counter-terror strategy and another example of this Government’s disregard for access to justice and the rule of law.

The Home Office deliberately circumvents the right to a fair trial for those exiled and stripped of their citizenship by only doing so when they are not in the country. National security is used as a ruse to suspend long established legal norms.

Rabbani pointed to politically motivated decisions as the reason for Begum’s treatment:

The Supreme Court has not only upheld the Home Office’s politically motivated decision to deny a girl who was groomed as a child the right to return home but has provided cover for the deeply racist citizenship deprivation policy, and failed to address how the secret SIAC [Special Immigration Appeals Commission] fundamentally upend any semblance of a fair trial.

Concerns for the future

Several commenters also considered the implications of the case:

The implications of the Shamima Begum case for people — like myself — whose parents were born abroad and who are theoretically eligible for citizenship of those countries is so grim and disturbing. Are we lesser-class UK citizens because we are of immigrant descent? Apparently so

POC in this country know that if Shamima Begum can have her citizenship stripped away – a contradictory statement – then it can happen to anyone of us. This ruling has set an incredibly dangerous precedent for us and I hope people who are happy about the ruling realise this.

Labour councillor Shaista Aziz asked who was responsible for Begum:

A 15 year old school girl and her two friends from a high performing school in East London ended up running away to join a terrorist entity after being groomed online. How and why did this happen? How and why were these young girls failed by Britain? Begum is a British problem.

Others drew comparisons to cases that didn’t see defendants stripped of citizenship.

Even if you don't care about the way a 15 year old girl was groomed and exploited, you should care about allowing a state to break international law as they see fit

Because once that precedent is set, you are naïve if you think that it won't impact your life too.

Stripping Begum’s citizenship is yet another sign that Britain won’t allow international condemnation to stop it from behaving callously. If some people – in this case UK-born citizens with dual citizenship – can have their citizenship revoked, ‘citizenship’ itself is under attack.

We should all be gravely concerned.