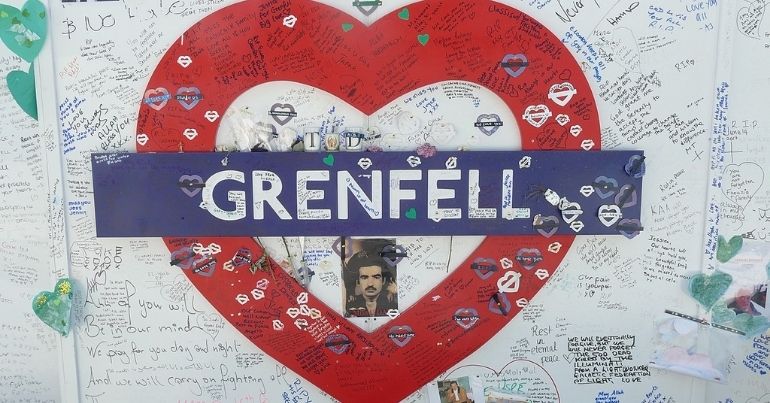 On 24 February, Tory MPs voted against implementing key recommendations from the Grenfell inquiry and protecting leaseholders from the costs of repairing dangerous cladding. The vote took place nearly four years after the Grenfell Tower fire, which killed 72 people.

318 Conservative MPs voted against amendments to the fire safety bill, which would have placed more fire safety duties on people who own or manage multiple buildings. Amendments to the bill would have made the government implement key recommendations from the Grenfell Inquiry and banned passing on the costs of repairing dangerous cladding to leaseholders and tenants. These recommendations include “making owners tell fire brigades what materials are in wall systems, inspect fire doors annually and lifts monthly – all things that failed during the Grenfell fire”.

Today the Conservatives had another chance to protect leaseholders and implement the findings of first phase of the Grenfell Inquiry.

They have just voted down both amendments – shameful. pic.twitter.com/0Gafg8Zg4i

In a statement following the vote, Jones said:

This was an opportunity for the Government to do the right thing, instead they have broken their promise to protect leaseholders and implement recommendations from the Phase One Grenfell Inquiry. They have continued in their failure to act and put the British public’s safety first.

It is shameful that they have voted against implementing vital fire safety measures called for by the Grenfell Inquiry, and it is an insult to people across the country that this Government voted down protections for leaseholders from fire safety costs that they did not cause.

No fair-minded person believes it is right to force victims and taxpayers to pay billions of pounds to bail out the construction industry, cladding manufacturers, developers, building controllers and the regulators who caused this crisis to happen.

Calling the vote “a disgrace”, Grenfell United, a group of survivors and bereaved families, said:

Using the excuse that this will delay the #grenfell recommendations is a poor attempt at guilt tripping the bereaved survivors and community!

We were asked to let the inquiry go before the Criminal investigation to ensure people are safe and we put public interest before ours.

It is totally wrong for the government to leave leaseholders saddled with costs for problems they did not cause.

It is beyond comprehension the government refused to put Grenfell Inquiry recommendations into law.https://t.co/OwG1LJGUuB

Yesterday in Parliament, the tories voted against putting the Grenfell inquiry recommendations into law by 345 to 226!
Once again, greed and wealth, before health and wellbeing!

May the 72 Innocent victims of government manslaughter RIP.

Who would vote against implementing the Grenfell Inquiry recommendations?

The Tories’ sustained avoidance of accountability means that the victims of the Grenfell tragedy are unlikely to see justice any time soon. While the government refuses to act on the Grenfell Inquiry’s recommendations, millions of residents remain at risk.