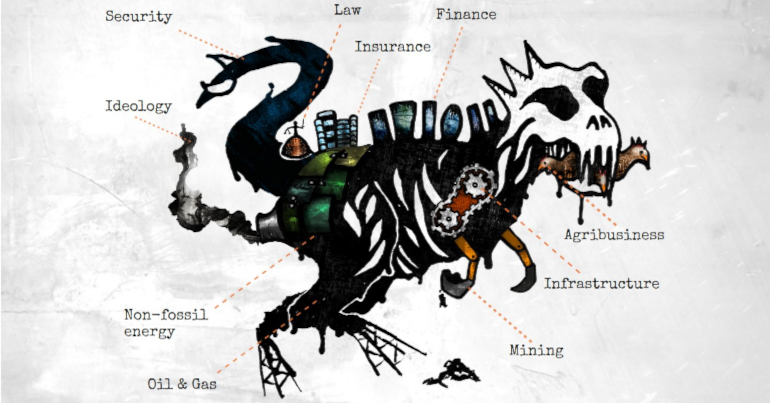 Two of the sponsors of the COP26 climate summit have been listed in a new database of 300 UK companies profiting from environmental destruction.

UK research group Corporate Watch has included COP26 sponsors Unilever and Natwest in their ‘Wreckers of the Earth’ database.

Unilever, one of the “principal partners” for COP26, is listed in the directory as a “primary planet killer” – a major polluter on the frontlines of destruction. Unilever, a major user of palm oil, is connected to rainforest clearances in South East Asia and West Africa. In addition, the company has been identified as among the world’s top five plastic users by Break Free from Plastic.

As the COP 26 summit began, the research group commented:

Today is finance negotiations at #COP26. Unilever, one of our Wreckers of the Earth, is financing COP26. So what's wrong with Unilever? #TogetherForOurPlanet
More info here: https://t.co/3lB6gljFsT pic.twitter.com/WPhsUIwXp9

According to Corporate Watch, Natwest is also responsible for ecological devastation:

NatWest, another “principal partner”, is listed in the directory as a facilitator providing services for frontline destruction. Less than 15 years ago, NatWest Group’s subsidiary Royal Bank of Scotland marketed itself as the “Oil and Gas Bank”. The group continues to invest billions in fossil fuels.

🔎Who's sponsoring #COP26?🔎
NatWest Group, another Wrecker of the Earth, bankrolling climate destruction.

Speeches from oil and gas executives

According to Corporate Watch’s research, even oil and gas executives have been invited to speak at COP26

High profile “earth wreckers” such as oil companies have not been allowed to appear as official sponsors. But they will be close at hand. BP’s CEO Bernard Looney will be speaking at a “ministerial level” Shipping Industry COP26 event held at Glasgow’s University of Strathclyde, sponsored by mega-tanker company MSC.

London is a safe haven for Earth wreckers

Corporate Watch points out that London is a safe haven for the companies whose activities are fuelling the climate crisis because of “lax regulation” and the “tight security” provided to companies by the British police and surveillance state. The ‘Wreckers of the Earth’ directory identifies London as one of “the main global hubs for fossil fuel giants and mining companies, and the world’s second-largest financial centre.”

A spokesperson from Corporate Watch said:

The earth is being destroyed and the people doing it are hiding behind the greenwash, currently COP26 sponsorship, and the anonymous office blocks of the City and Mayfair.

Capitalism is the problem

Corporate Watch is clear that it’s capitalism that’s driving ecological destruction and the climate crisis, and the people who are driving it are governments and corporations:

Capitalism is burning up our planet, devastating ecosystems and communities in its ceaseless hunger for profit. Everything is for sale, and the one great goal is growth: producing and consuming ever more stuff, even as it kills us. This engine of mass destruction is driven by burning forests: the long-dead forests of fossil fuels, and the living forests of today. Though we all play our parts in the consumer system, some people play much bigger parts than others. The people killing the earth are those directing the machine – and crushing any resistance to it.