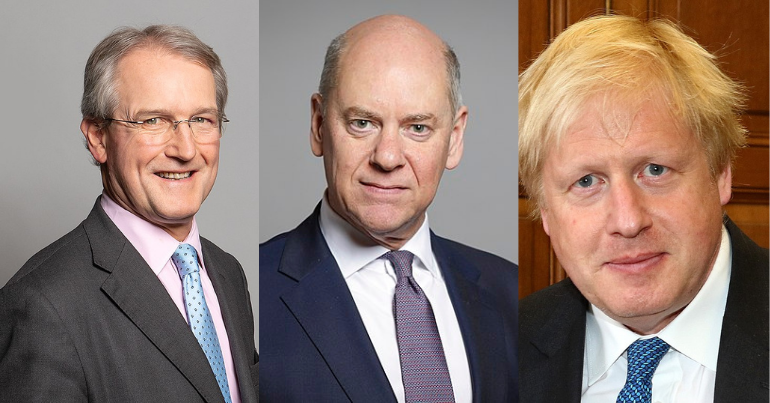 Owen Paterson has resigned as an MP after embroiling himself in a scandal about ethical standards in parliament. The resignation comes after the Commons Standards Committee found that he had carried out a number of lobbying offences. The committee said:

No previous case of paid advocacy has seen so many breaches or such a clear pattern of confusion between the private and public interest.

This week has also seen an astonishing intervention from Boris Johnson who attempted to seemingly protect Paterson by calling for an overhaul of the standards process. The committee had initially recommended that Paterson serve a suspension for 30 days. However, Johnson threw his support behind an amendment from Andrea Leadsom which sought to block the suspension and change the process of how MPs are investigated.

There’s yet more twists in the tale. As Johnson often seems to manage, his actions resulted in an embarrassing U-turn from the government as the backlash to Paterson’s refusal to resign and Johnson’s intervention grew. In the end, Paterson did resign while bitterly claiming:

I will remain a public servant but outside the cruel world of politics.

Some of the backlash has come from lord Jonathan Evans, chair of the Committee on Standards in Public Life (CSPL), who said:

In my view yesterday’s vote on the report of the Commons Standards Committee was a very serious and damaging moment for Parliament and for public standards in this country.

It cannot be right that MPs should reject, after one short debate, the conclusions of the independent Commissioner for Standards and the House of Commons Committee on Standards – conclusions that arose from an investigation lasting two years.

Johnson’s proposals looked set to have a Tory MP and a Tory majority placed in charge of reforming standards regulations. In a rare instance of forthrightness, Evans continued his rebuttal:

The political system in this country does not belong to one party, or even to one government. It is a common good that we have all inherited from our forebears and that we all have a responsibility to preserve and to improve.

Over the past year, The Canary’s investigations unit has kept a close eye on the CSPL. It’s a non-governmental body sponsored by the Cabinet Office to advise the prime minister on matters of ethical standards in parliament. It doesn’t investigate individual cases, and it doesn’t regulate offences.

Back in 2020, we found that Evans himself sits on the board of several technology companies with links to “threat visualisation” or predictive policing. At the time, the CSPL defended Evans’ track record as a public servant, telling us:

Jonathan Evans has a long track record of public service. As Chair of the Committee, his interests are openly declared – and were discussed at his pre-appointment scrutiny by the Parliamentary Select Committee before he took up post. None of the organisations he advises work in the political – or electoral – sphere.

It’s increasingly becoming a given that public servants will have some links to business. That said, as Paterson’s case shows, it’s all too easy for ministers to misuse links; sometimes even with the protection of their superiors. On that note, the CSPL itself added another member recently, Ewen Fergusson, who attended Bullingdon College at the same time as Boris Johnson.

The CSPL’s own members have powerful connections to business and politics – in spite of its remit as an independent body. The issue is not Paterson’s actions alone this week, but the culture of cronyism and connections that fuel the inner workings of British politics.

It’s more than a little ironic that this week of sleaze and scandal also saw the full release of the CSPL’s report into standards called Standards Matter 2. The Canary reported that earlier in the year the CSPL released a summary of its findings. Now, the full version of the report has been released on a very timely week.

From the evidence we have taken during our review it has become clear that a system of standards regulation which relies on convention is no longer satisfactory. To address this, we recommend that ethics regulators and the codes they enforce should have a basis in primary legislation, and that government has a more thorough and rigorous compliance function.

One of its central recommendations is that the prime minister should be required to issue sanctions under the Ministerial Code (“including, but not limited to, apologies, fines, and asking for a minister’s resignation”).

The CSPL argues that these sanctions must come from the prime minister:

The issuing of sanctions must be a decision solely for the Prime Minister. To create a situation where any independent regulator of the Ministerial Code would effectively have the power to fire a minister would be unconstitutional. The Prime Minister is ultimately accountable to Parliament for any decision on sanctions he or she makes.

However, as this week has shown, relying on the prime minister to uphold the Ministerial Code is no given. In the Paterson affair, Johnson chose to block the recommendations of an independent regulator. He didn’t support sanctions against Paterson and even went so far as to attempt to overhaul the system that regulates ministers.

Whilst this is exactly what the CSPL warns against, it’s clear to see the network of cronyism that protects ministers and allows them to behave, effectively, with impunity – or very little consequence.

By the CSPL’s own admission, regulation of minister’s behaviour is patchy and relies on the machinery of scandal:

The standards landscape today is complex and confusing to most. The patchwork of codes and regulators reflects the historical development of ethics regulation in the UK, where scandal may prompt institutional innovation in one particular area, while others are reformed only incrementally over decades.

Relying on scandal means relying on honest media that’s committed to telling truth to power. As The Canary’s own coverage of mainstream media demonstrates, that’s not the media we have.

Notwithstanding the type of coverage our media provides, the CSPL notes:

Similarly, the Committee notes with concern the significant criticism from the media and transparency NGOs of government compliance with its Freedom of Information (FOI) Act obligations. Openness is one of the Seven Principles of Public Life and improvements in government transparency since the introduction of the FOI Act must not be lost. It is important that both the letter and the spirit of the law are followed.

OpenDemocracy’s investigation into abuses of the FOI system, and our own experiences at The Canary, are markers of how government transparency is not available for media outlets in the UK.

Democracy dies in the dark

How is any of this an example of a functioning democracy? Paterson’s actions are being painted as a party political issue, but it actually goes much deeper than this.