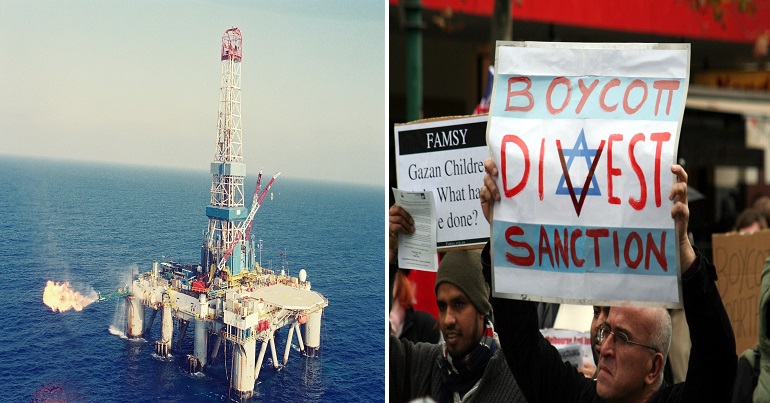 So far COP26 has revolved around politicians making pledges they’re unlikely to keep. And even if they were kept they wouldn’t go far enough to avoid planetary melt-down. As this happens, activists are using COP26 to raise awareness of Israel’s environmental persecution of the Palestinian people. Israel’s environmental programme is inflicting further abuse on Palestinians.

In addition to persecuting Palestinians through military occupation, Israel are carrying out greenwashing in an attempt to boost their environmental credentials. Even as they do this, however, they’re still advancing environmental damage to our planet.

As the Decolonize Palestine group say:

Greenwashing refers to when a state or organization appeals to environmentalism in order to deflect attention from its harmful practices.

Israeli tactics risk even more regional conflict by taking Palestinian gas to sell to Europe. This is the topic of one of the COP26 Coalition events on 9 November. It’s called How Apartheid Israel and the Climate Crisis are Intertwined. The Canary spoke with Palestinian and Israeli campaigners speaking at this event.

But before getting into that, we should note that only some of these campaigners are allowed entry to the UK to attend. Palestinian campaigners told The Canary they won’t be coming as they’d be denied entry. They’ll now speak via a video link. They claim the UK doesn’t recognise their Palestinian vaccine certificate, whereas the UK does recognise the Israeli one. I hope to follow up on that in a later article.

Throughout history, European colonial nations planted people in their colonies to help secure control of that area. Israel has done likewise in Palestine since colonisation began in 1948. Additionally, according to Palestinian campaigners who spoke to The Canary, Israel is not just planting people; it’s also planting trees. And it’s not necessarily the eco-friendly act it may seem. Campaign activist Abeer Butmah told The Canary it’s more to do with a kind of colonial enforcement.

These campaigners said Israel is trying to claim Palestinian villages, destroyed in 1948, by planting trees where villages once existed. And this latest form of persecution is two-fold. Not only are they using trees to create the impression that Palestinians had never lived there, but they’re using European trees. That means trees which aren’t adapted to the local climate. That means they need to consume much-needed water to survive.

Abeer Butmah, who’s based in Ramallah, is one of those campaigners. She elaborated on the environmental destruction Israel’s inflicting in the region. Butmah is also coordinator at Palestinian Environmental NGOs Network – Friends of Earth Palestine (PENGON-FoE Palestine).

Butmah then explained how “the Israeli siege of Gaza” is having an even worse effect on the environment and people’s health. In fact:

the consequences of the Israeli siege on Gaza has a catastrophic environmental impact and health impact. In Gaza especially 96% of water is unfit for human use…nearly 80% of waste water [is] pumped to the sea without treatment…as a result of energy shortage…as a result of the siege…there is a limited amount of fuel that can…enter Gaza, so the very limited amount of fuel can operate only the generators for the waste water treatment plants for [a] few hours…that causes water contamination and it has a critical effect on the marine life also and also on the health of the people. For example in 2017 one child who was swimming in the sea…he died as a result of water contamination.

35% of agriculture land is under access restricted areas that Israelis control. So how can we talk about climate justice under these circumstances?

Also in the West Bank:

65% of the area is under Israeli control. For example for this period we have olive harvesting season and the Israelis control the farmers’ movement to their land by preventing them and they control the movement… through the apartheid wall. So we are not free to follow any measurements that we need. As Palestinians we have technical resources, we have well-qualified human resources but always we have restrictions in order to develop mitigation measures.

Butmah explained the effect the Jewish National Fund (JNF) has on Palestine and its environment. She said while the JNF is classified as a charity organisation, she’s not convinced its work is all that charitable. For example, she says one of its main campaigns is planting trees, but what’s actually happening on the ground is the erasure of Palestinian heritage. Israel is going about this:

She added the second thing is where they plant these trees. Because they’ve planted trees on top of:

Butmah urged people to take action to help Palestinians get climate justice from Israel. One project she recommended people get behind and amplify is Make Noise for Gaza. This is a:

Fellow campaigner Ya’ara Peretz also spoke to The Canary. She’s Israeli and has been allowed entry to the UK. Peretz said she’s active in the Gastavists Collective and also co-founder of One Climate. She says the Middle East:

is considered a hot spot. So it’s warming faster than other parts of the world. And that has a lot of implications on our life and how we should prepare for the climate crisis… And the Palestinian people are the most affected people from the climate crisis

She said that some parts of the West Bank are “hot spots within a hot spot”. One such place, according to Peretz, is Masafar Yatta in rural Hebron that’s warming faster than other areas. She claims the people’s lives are:

worse for them because of the occupation, because of the fact they don’t have freedom of movement, because the Israeli regime and the military keep ruining and demolishing their homes, water resources [and so forth]

In discussing her work as a gastivist and the Eastern Mediterranean pipeline, she claims this pipeline is:

a very good example of how colonialism is still very powerful in our region. How western powers are really promoting conflict and profit over lives of people.

She explains that this pipeline could be:

the longest and deepest pipeline in the world [around 1,900 km] from the gas resources offshore Israel through Cyprus, Greece and connecting to another pipeline called Poseidon in south Italy. The pipeline is going to go through very sensitive ecological and geological areas. The Mediterranean sea is considered a biodiversity hot spot which is dangerous in this time of crisis and also a danger for earthquakes… It goes through disputed economic water zones. It goes though an area that Turkey and Greece and Cyprus claim [as] their own… This pipeline is not even built and it’s already worsening conflict between these countries.

There’ll always be a fight back

And as so many have gathered here in Glasgow to show concern for the well-being of our planet, maybe they’ll extend that concern by showing solidarity with Palestine and its people. Because the time for mere words is long over. People should follow the work these campaigners are doing in Palestine and support them where possible. Solidarity has to have meaning.