Climate change may have triggered war in Syria - Canary 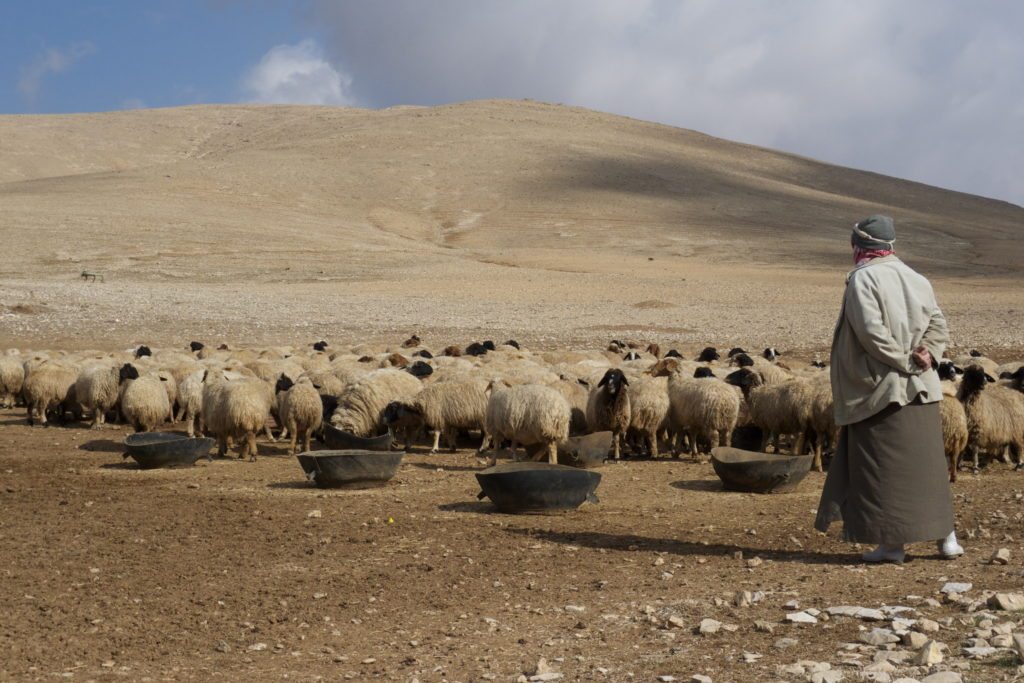 Prior to the uprising in 2011, Syria experienced severe and prolonged drought that has been proven to be as a result of climate change caused by human activity. It was very likely this, among other factors, that triggered the civil unrest that has led to war and the exodus of more than four million refugees (mainly to the surrounding Middle East region).

[pull_quote_left author=””]Syria was declared self-sufficient for wheat – a major staple – in the 1990s, but this was largely as a result of unsustainable agricultural policies made by Hafez al-Assad[/pull_quote_left]

Syria was declared self-sufficient for wheat – a major staple – in the 1990s, but this was largely as a result of unsustainable agricultural policies made by Hafez al-Assad, including mass irrigation projects and land redistribution. The legacy of this short-termism has been left to Syria’s rural communities who, left vulnerable to drought, have seen crops fail for several years running and livestock herds decimated by lack of food and water.

Syria’s farmers have been forced to migrate, en masse, from the agricultural areas of the east and northeast of Syria into urban areas – mainly Damascus, but also Aleppo, Homs and Latakia.

These urban communities have grown around the edges, often into illegal settlements that are rife with poverty, crime, unemployment, and poor health and well being. This, and country-wide increases in food prices since 2008 that have exceeded household budgets, makes for something that looks very like former UK Government Chief Scientific Adviser John Beddington’s prediction of a “perfect storm,” which he said would lead to humanitarian crises all over the world.

Beddington’s prediction came in 2009, a year or so after the drought in Syria began. And, sure enough, two years later, in the face of growing inequality, the humanitarian crisis in Syria hit breaking point and an uprising against the current President Bashar al-Assad began in 2011.

There is a lot of misinformation around about the role of ISIS in the Syrian civil war, so let’s get this straight: Islamic State had been formed several years prior to the Syrian conflict and it joined Syria’s Sunni majority only after the uprising began, not declaring itself ‘ISIS’ and adding Syria to its moniker until two years later, in 2013.

The situation in Syria is, of course, complex and there are many contributing factors. But it does seem that the foundations for civil war were laid, at least partly, decades ago, thanks to carbon emissions and ill-conceived agricultural policy, way before the mission of Islamic State to declare a caliphate in the region.

[pull_quote_right author=”Syrian-born astrophysicist Rim Turkmani, speaking to the Times Higher Education Supplement“]“Anyone who is interested in taking over an area will usually assassinate the intellectuals and academics. We saw it in Iraq, and now we’re seeing it again.”[/pull_quote_right]

Shortage of water, food and now fossil fuels has rapidly plunged many ordinary Syrians into developing world conditions. The question is why, when Syria has a well-established university sector with a focus on engineering and medicine, which could be a rich source of mitigating strategies.

There are seven public universities in Syria, which offer students tertiary education that is mostly government funded – students contribute up to around $20 per year. Their academics publish in internationally acclaimed peer-reviewed journals.

The civil war has made life extremely difficult for Syria’s academics. Kidnappings are now a daily occurrence and academics and their institutions are being attacked by both sides because they are seen as able to influence their students for or against either of the warring factions.

Speaking to the Times Higher Education Supplement, Syrian-born astrophysicist Rim Turkmani, now working at Imperial College London, UK, said “Anyone who is interested in taking over an area will usually assassinate the intellectuals and academics. We saw it in Iraq, and now we’re seeing it again.”

Those students and academics who can afford it have fled Syria, but they struggle to pay tuition fees and secure funding to work at foreign universities.

There are some small organisations, such as CARA – the organisation launched in 1933 to support academics fleeing fascism in Europe – that are helping. CARA announced in its 2014-15 annual report that it is in the process of setting up a ‘Country Programme’ for Syria to mirror its recent efforts in Zimbabwe and Iraq. But this will not be enough to ensure that Syria’s own academics are able to improve life for ordinary Syrians.

And, of course, the application of research to rescue Syrian agriculture will rely on the willingness of President Bashar al-Assad to right his father’s wrongs in this respect.