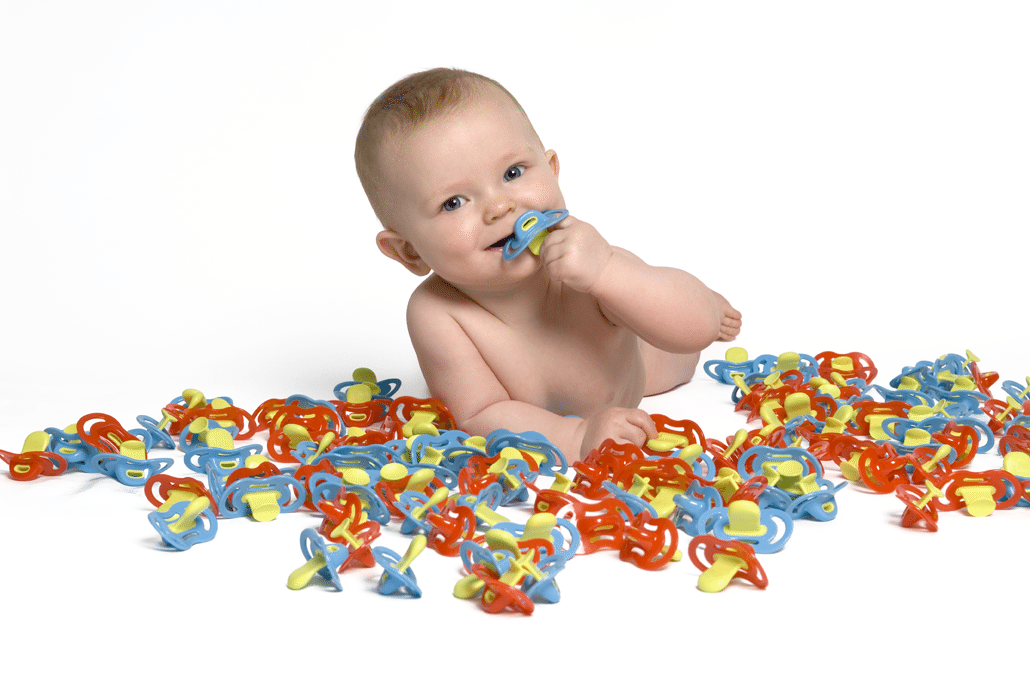 Love them or hate them, dummies are used by millions of parents worldwide to calm their babies. But new research suggests that they could make it harder for a baby to understand what you’re saying and learn to speak.

The new study, by scientists at the University of British Columbia in Canada, indicates that putting a dummy or teething soother in a baby’s mouth makes it harder for the baby to distinguish between noises, if it can’t move its tongue to make the noise itself. This adds a new dimension to the already complex list of pros and cons of dummies, but more research is needed before we can condemn them.

Dummies have been controversial for decades, with advocates saying they’re indispensable and rejecters saying they’re downright dangerous. In addition to the commonly reported soothing effect they have, evidence suggests dummies might actually prevent sudden infant death syndrome (SIDS). On the other hand, they have been found to increase ear infections, lead to wonky teeth and, potentially, have a negative effect on breastfeeding.

Now the development of language can be added to the mix. A study published in the Proceedings of the National Academy of Sciences (PNAS) reveals that impeding the movement of babies’ tongues – including using dummies – could make it harder for them to develop language skills. According to the research, the noises babies make affect how they perceive language, so blocking their tongue can impair their understanding.

Traditionally, research has focused on how babies learn language by listening, assuming that hearing is the most important factor in speech development. However, lead author of the study Dr. Alison Bruderer, a postdoctoral fellow in the School of Audiology and Speech Sciences at the University of British Columbia, says the tongue plays a vital role too.

“Until now, research in speech perception development and language acquisition has primarily used the auditory experience as the driving factor,” she said. “Researchers should actually be looking at babies’ oral-motor movements as well.”

By blocking the movement of babies’ tongues using teething soothers, the team showed that the babies had difficulties distinguishing between noises, as they couldn’t replicate the mouth movement themselves. They put teething soothers in the mouths of six-month-old babies who were learning English and played them two ‘d’ sounds in Hindi. When they could move their tongues, the babies were able to distinguish between the two sounds. Restricting the babies’ tongues meant they were no longer able to distinguish the two sounds.

“This study indicates that the freedom to make small gestures with their tongue and other articulators when they listen to speech may be an important factor in babies’ perception of the sounds,” said Prof. Janet Werker, one of the authors of the study from the Department of Psychology at the University of British Columbia.

But don’t go running to the bin with your babies’ sucking toys just yet – the researchers say more work is needed to establish the effect on speech.

“At this point I don’t think that these data suggest parents should be taking away teethers or soothers,” said Dr. Bruderer. “The majority of infants are chewing on something semi-regularly most of the day. And most of these infants do go on to develop speech normally.”