The problem with calling people 'toffs' and 'crusties' - Canary 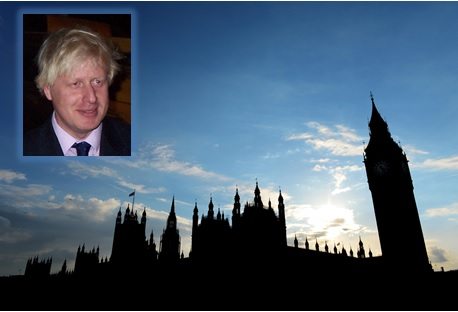 Insults are useless – unless, of course, your purpose is just to anger your opponent. In fact, even if you aim to gain points in some imaginary game of popularity, you’re only likely to be successful for a short time. In a karma-like way, the more negative comments you make, the more you are inevitably going to receive. And that is why Tories with any common sense will steer clear of the type of ridiculous and deceitful comments David Cameron made earlier this month about Jeremy Corbyn.

For Stuart Littlewood at Veterans Today, Cameron’s “unseemly personal attack” directed at Corbyn during the Conservative Party conference showed immensely “bad form” and forced British politics to “a new low”. Furthermore, the Prime Minister’s propaganda seemed particularly uncivilised, given the fact that Corbyn had insisted right at the start of his leadership campaign that he wouldn’t “do personal”. In fact, even after Cameron’s horrific blunder this month, the Labour leader refused outright to “trade personal insults” with his opponent.

As I said earlier in the week, Corbyn must be praised both for his promotion of polite and reasoned debate, and for his criticism of the playground tactics recently employed by the Tories. And, thanks to this strategy, he has quite simply turned the tables on Cameron.

In recent years, the Conservatives revelled in the weakness of the unprincipled, spineless opposition provided by the New Labour machine. They appeared united and confident in their beliefs, while their rivals struggled to convince the public that they actually offered an alternative.

That ship, however, has sailed. And today, a new Labour Party has manoeuvred into the Port of Westminster.

Sure, the hands on deck are mostly the same as those on the previous ship. And yes, they probably need some training in how to talk like real people again after so many years at sea. The big difference, though, is that they now have a new captain who knows the ropes and who is holding the map the right way up.

Even more important, however, is the fact that the new Labour leader understands very well that power in Westminster is not achieved in the same way as it was in the past. Insulting the enemy just patronises the general public and distracts them from the real issues.

Rather than calling the country’s current ruling class “toffs” or those who stand up against them “crusties”, we should respond to attacks with facts and figures. For instance, let’s not speak about what Cameron did in his student days. They’re long gone, and they don’t affect us directly in 2015.

Instead, let’s speak about why the Prime Minister’s comments were malicious lies. Let’s talk about how his government is destroying taxpayer hopes of cleaner, cheaper energy. Let’s criticise his poor record on gender equality. And let’s reveal how his government’s policies help the powerful and trample on the impoverished.

These are the issues that directly affect us today. Not how someone speaks, dresses, or wears their hair – these are not reflections of the views people hold dear, and are irrelevant to political debate.

So no matter how much those who exploit, discriminate or oppress want to stereotype people and hurl insults around aimlessly, we must not sink to their level. If we hold justice close to our hearts, we must take pride in insisting that it is only the policies that truly matter. For in the end, arguments are not won with abuse or deception. They are won with the truth.