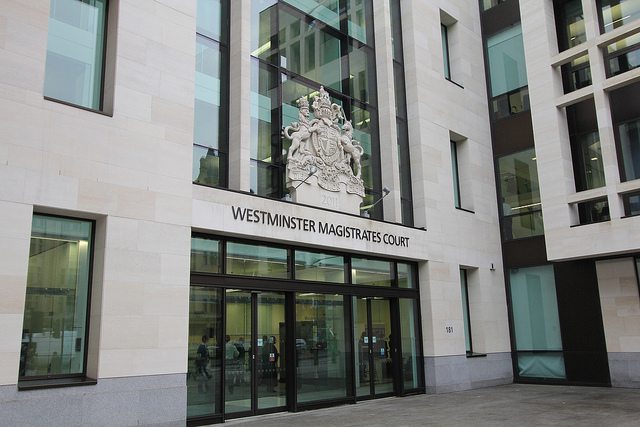 Magistrates are revolting. Across the country, over 50 of them have resigned over the introduction of criminal court charges which have been described as a “farce”.

Implemented by Chris Grayling, who in his time as Justice Secretary seemed to make it his mission to destroy the criminal justice system, the criminal court charges add a mandatory cost onto every defendant convicted to pay for the running of the courts.

The charges are high, set from £150 for a guilty plea. However, the real danger for justice is in charging for fighting a case at trial, with a minimum of £520 at magistrates’ court, rising to £1200 for a trial at Crown Court.

Compassion is not allowed. One magistrate, Nigel Allcoat, who had served in Leicestershire for 16 years, was suspended after offering £35 towards a £180 charge he was forced to impose on an asylum seeker. He subsequently resigned, stating he felt like he was being “investigated for being human”.

Like the cuts to legal aid, this system risks leading to a position where there is only justice for the rich. Those on low incomes are no longer guaranteed legal representation, with a recent survey by the Bureau of Investigative Journalism showing 1 in 5 defendants are now appearing in court without a solicitor. Without access to legal aid, and with the possibility of facing such huge charges upon conviction, many, especially the poorest in society, will plead guilty despite knowing their innocence or having a case worth fighting.

As another recently resigned magistrate, Marie Lewis, wrote in The Guardian, “criminal court charges disproportionately punish the poorest in our community”.

These charges undermine the right to a fair trial, putting pressure on people to plead guilty for fear of the costs.

Whilst these magistrates must be congratulated for taking a principled stand against an unfair and unjust system, it is frightening to be losing so many decent people from the justice system. Will we be left with just the magistrates who, for example, are prepared to send a man to prison for six weeks for stealing £12.60 worth of food after his benefits were sanctioned?

Access to justice and the right to a fair trial are principle components in any democracy – rights which are being fundamentally eroded. We have to fight these changes and ensure there is justice for all.