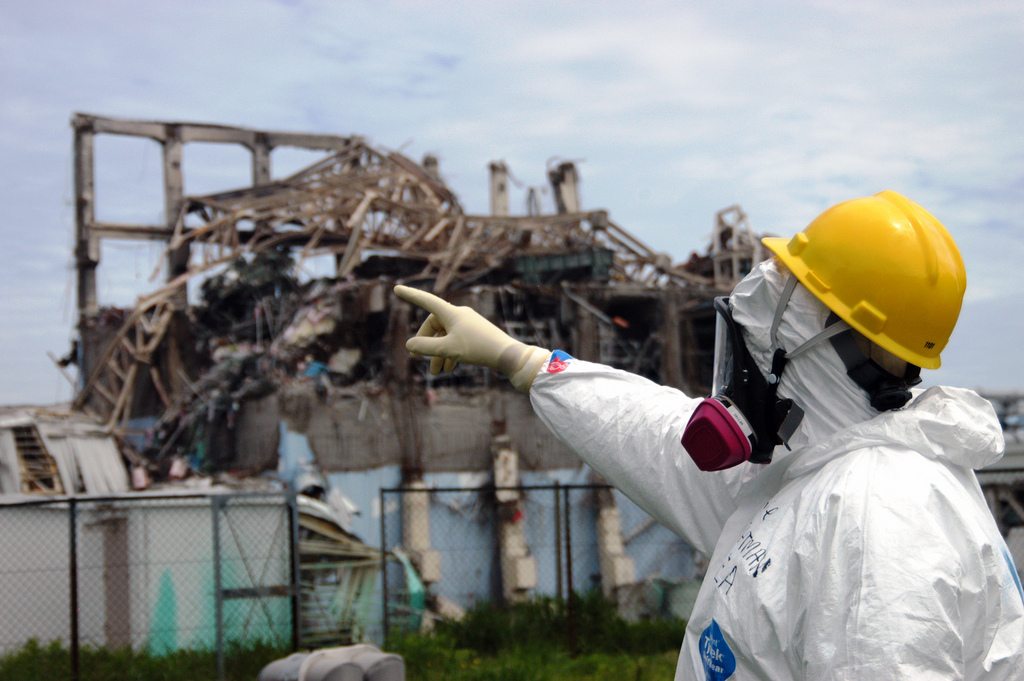 In 2011, the earth shook in Japan – and with it shook the world’s confidence in the safety of nuclear power. The Fukushima Daiichi nuclear reactors exploded following an earthquake, because the cladding meant to protect them reacted with boiling coolant water. Researchers have now figured out a way to make the cladding safer, by combining theoretical models and experimental techniques.

Nuclear power plants produce energy from nuclear reactions. Heat produced by splitting atoms – nuclear fission – is passed through water or gas that runs through turbines. These turbines then turn to power electricity generators.

The Fukushima Daiichi Nuclear Power Plant in Japan is one of the world’s 15 largest nuclear plants. It used water for cooling and when a magnitude 9.0 earthquake and resulting tsunami hit the plant on 11 March 2011, the cooling systems failed. This meant the water was no longer cooled and instead boiled. The cladding around the reactors reacted with the boiling coolant water and formed hydrogen gas, which subsequently exploded.

To prevent such a Loss of Coolant Accident (LOCA), the cladding has to be resistant to high temperatures. That’s what two research teams – from the Illinois Institute of Technology and the Institute of Physics Academy of Sciences of the Czech Republic – have been developing. Both teams are presenting their work this week at the AVS 62nd International Symposium and Exhibition in California.

Reactor cladding is designed to provide a barrier between the radioactive material – such as uranium – and the coolant. To be effective and not vulnerable to accidents, it has to withstand extreme heat.

The Illinois Institute of Technology team, led by Dr. Jeff Terry, is investigating silicon carbide as a potential cladding that could prevent hydrogen explosions. To find out whether it’s up to the job, the team analysed the physical and chemical properties of the radioactive elements in silicon carbide under accident conditions. Dr. Terry combined data from several national labs and institutions with predictions made by models and experimental data from earlier experiments to come up with a picture of how the material might behave.

“It is no longer practical to test every element in a nuclear reactor to failure,” he explained. “We need to have models that predict what will actually happen.”

Another approach is to coat the cladding in a protective layer of diamond. A team led by Dr. Irena Kratochvílová from the Institute of Physics Academy of Sciences of the Czech Republic have developed a way of protecting cladding, by coating it with diamond vapour.

“The diamond layer offers many advantages,” commented Dr. Kratochvílová. “In addition to the diamond grains, it contains amorphous carbon, so it is both strong and flexible, providing a cladding that is mechanically durable and can adapt to thermal expansion during reactor operation.”

A team at Texas A&M University tested the new material by irradiating it with an ion beam – even at temperatures above 850 degrees Celsius, the surface was protected against corrosion from steam. The team now plans to test the cladding in real reactors.

Several Fukushima reactors were permanently damaged as a result of the tsunami, leading to the release of radioactivity. A 30km evacuation zone was set up and a month later, Japanese authorities declared a 20km no-go zone, which people can only enter with government supervision.

Despite the huge impact the incident had, a BBC public opinion poll carried out in November 2011 suggested that the UK public was more in favour of nuclear power than it was in 2005, with 37% agreeing that “nuclear power is relatively safe and an important source of electricity, and we should build more nuclear power plants”, compared to 33% in 2005.

But the UK is an outlier – virtually every other country saw a significant decrease in public confidence in nuclear power. Post-Fukushima, safety remains one of the key concerns regarding nuclear energy, so ensuring safer reactors – including by developing safer cladding – could overcome a major obstacle to its wider use.