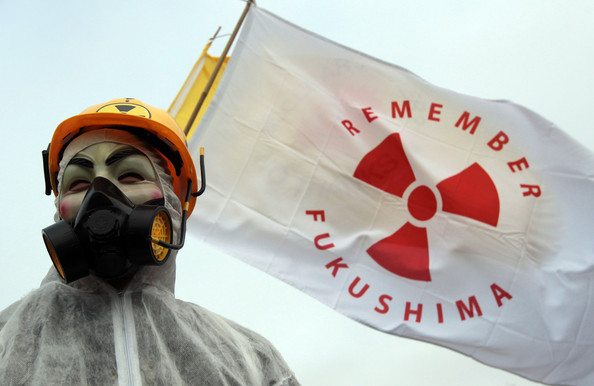 The Chinese President, Xi Jinping, will arrive in Britain this week to announce a deal in which two Chinese groups will become major stakeholders in the “most expensive object in the world“. The Hinkley Point C nuclear power station in Somerset will cost £24.5 billion, and will sell electricity to the grid at £92.50 per megawatt hour, that’s more than double the cost of wholesale electricity which is currently £40 per Mwh.

George Osborne and David Cameron have received a great deal of criticism from a range of experts over their continued insistence on the project.

Two Chinese groups China General Nuclear Power Group (CGN) and China National Nuclear Corporation (CNNC) are expected to become major investors, with the french owned EDF remaining the primary stakeholder. Though the project is underwritten to the tune of £2 billion (rising to £16 billion) in UK government guaranteed loans, the majority of the cost will be paid back through higher electricity bills for the consumer. And as the high price is guaranteed for 35 years after completion, this amounts to a considerable amount, effectively a £17.6 billion subsidy paid to EDF and other investors from our household energy bills.

This comes just months after Conservative climate and energy minister, Amber Rudd, announced the scrapping of subsidies to onshore wind. In a statement to parliament, she said:

As we decarbonise it is imperative that we manage the costs to consumers. Although renewable energy costs have been coming down, subsidies still form part of people’s energy bills.

If that is the case, then why has the government elected to saddle us with 35 years of costly nuclear energy. Meanwhile, proposed cuts are already harming the renewables industry, putting previously successful firms out of business.

Everything about this deal flies in the face of what the Conservatives would have us believe they offer. They tell us they are the party of “security”, but Defense and Intelligence personnel have warned that allowing a foreign power to take such a huge role in our infrastructure poses a security risk.

Conservatives also like to present themselves as the party of economic competence, but there aren’t any economists who argue that Hinkley C represents good value for Britain.

They also like to tell us that they are the party with the “long term economic plan“, but Hinkley C reeks of short-termism. There is some suggestion that this honey-coated offering is part of an attempt to woo China into investing heavily in Britain. But China’s economy has been looking shaky, and the benefits are not guaranteed, making this a gamble, not a plan.

If we have learned anything from the Fukushima disaster in Japan, its that even in a technologically advanced country nuclear power can still go wrong. The results were devastating and unexpected, and should have prompted governments the entire world over to question whether it was a risk they could justify. The cause of the disaster has now been ascertained and measures to prevent this in future are in development, but as with any “black swan” situation it is impossible to predict with certainty when the next accident might occur.

The bottom line is that renewable energy is well on its way to being the world’s cheapest electricity source with the price for onshore wind already out-competing nuclear and fossil fuels in many parts of the world.

Critics say that solar and wind are unreliable and that we need a nuclear “base load”. But that ignores the numerous technological solutions on offer to solve what is known as the “intermittency problem” where we must make up for the shortfall caused by fluctuating levels of wind and sun.

With an exponential increase in renewable energy installations and rapidly falling costs, we are in a time of transition, only now daring to hope that we might deliver on the promise of a truly green energy infrastructure. In this new energy paradigm nuclear is looking clunky, dangerous and expensive. Solar panels and windfarms can deploy as rapidly as our needs dictate, but Hinkley C is subject to delay after delay and probably won’t produce power until well after 2023.