Darkness means danger for women in refugee camps. Urine-powered lights could help save them [video] - Canary 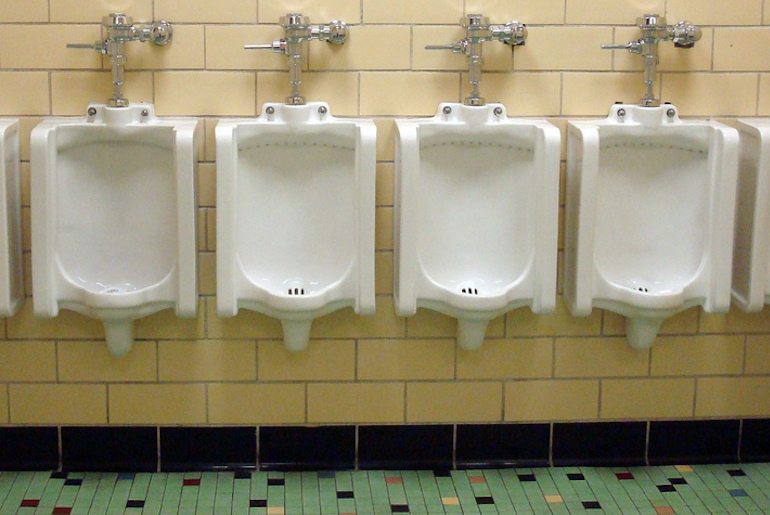 Darkness is a growing risk factor for women being attacked in refugee camps across Europe as we head into winter. But what if the risk could be reduced with lights… powered by urine? As strange as it sounds, that’s a possibility, thanks to a team of inventive researchers at the Bristol Robotics Laboratory.

Women in German refugee camps have reported assaults taking place at night, and they fear for their safety. In August, a group of aid organisations sent a letter to politicians in the local parliament of Hesse. The letter describes the impact the darkness and fear are having on women in a camp in Giessen:

Women report that they, as well as children, have been raped or sexually assaulted. So many women sleep in their regular clothes. Many women report that they won’t go to the restroom at night because of the many reports of assault and rape in, on the way to, the facilities.

Light is a limited resource in many refugee camps, and it’s exactly what is needed to start addressing these issues. In Lesvos, US charity Third Wave Volunteers is taking solar powered lights to refugees to help keep them safe. But what about in more established refugee camps? Lighting needs to be part of the infrastructure – and combining it with sanitation could be the answer.

Researchers working in the Bristol Robotics Laboratory, a partnership between the University of the West of England (UWE Bristol) and the University of Bristol, have developed pee-power – technology that turns pee into electricity that can power a light.

With their Urine-tricity project, the research team, led by Professor Ioannis Ieropoulos, has installed a pee-power-generating urinal near the Student Union Bar UWE Bristol, perfectly located for the fuel it needs to create light. The team has been working in collaboration with Oxfam, with a view to start using the urinals in disaster zone refugee camps later this year.

Oxfam’s Head of Water and Sanitation Andy Bastable believes the technology has the potential to make a big difference, including by improving safety.

Oxfam is an expert at providing sanitation in disaster zones, and it is always a challenge to light inaccessible areas far from a power supply. This technology is a huge step forward. Living in a refugee camp is hard enough without the added threat of being assaulted in dark places at night. The potential of this invention is huge.

The technology works using microbes: live bacteria in microbial fuel cells feed on urine to help them grow. The fuel cells tap into the energy the bacteria use for growth and convert it into electricity, or urine-tricity, as the researchers call it. Prof. Ieropoulos explained the advantage:

This technology is about as green as it gets, as we do not need to utilise fossil fuels and we are effectively using a waste product that will be in plentiful supply.

Sanitation continues to be a challenge in refugee camps. A urinal that takes unwanted waste and turns it into light, making the area safer and cleaner, could be a game-changer for camps around the world.