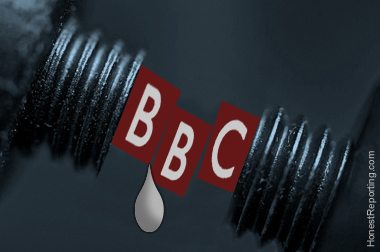 The BBC has failed to defend the Newsnight journalist Secunder Kermani from a court order to seize his laptop under counter terrorism legislation.

Schedule 5 of the Terrorism Act 2000 gives the police the power to apply to the courts for a production order for any material “likely to be of substantial value” in a “terrorist investigation”. Although these orders can be contested, Thames Valley police stated:

In this particular case, the BBC attended the hearing in August and did not contest the application or decision of the court.

Other than stating there were “lengthy negotiations”, the BBC has not disclosed any further information about the substance of what was handed over. However, this has to raise alarm bells for anyone concerned about the freedom of the press in the UK.

Michelle Stainstreet, the General Secretary of the National Union of Journalists, commented:

There are serious questions to be answered about why the order by the police warranted the seizing of a journalist’s laptop – which may well have contained confidential information on other sources and other stories too.

However, whilst a BBC spokesperson stated that the order was not challenged because “the act does not afford grounds under which it could be opposed,” last month, media lawyer Gavin Millar QC said:

In all these cases, there is a back-stop argument that a production order should not be made for Article 10 reasons, because what the journalist was engaging in was public interest journalism and that has a value, and it has a chilling effect if the state goes around getting production orders for this sort of thing.

Article 10 of the Human Rights Act gives us the right to freedom of expression and “to receive and impart information without state interference.” These production orders severely limit this ability.

State interference in the media is nothing new. However, it is essential we always defend the freedom of the press to cover issues from all angles, and to ensure people are able to speak to journalists without fear of reprisals. This means these cases always have to be challenged and contested, and there have to be concerns when a major news organisation fails to do so.