You have to see this video of a slow motion sneeze! [VIDEO] - Canary 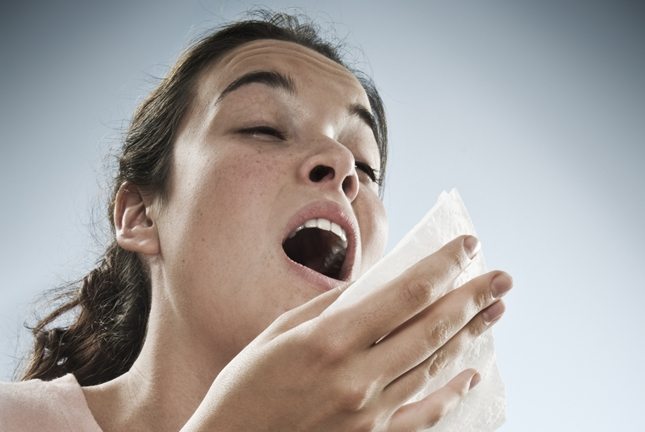 Scientists have filmed a slow motion sneeze using a high speed camera. They then analysed the forces that spread droplets of snot to distribute viruses and other nasties around the place.

Your sneeze is as distinctive as your laugh and scientists want to find out which types of sneezes are the worst for passing on colds, flu, and other infectious diseases.

Lydia Bourouiba from the Massachusetts Institute of Technology said:

This is a major blind spot when designing public health control and prevention policies, particularly when urgent measures are needed during epidemics or pandemics. Our long term goal is to change that.

Bourouiba’s research has shown that sneezes are in fact complex in their physical properties. The smaller droplets produced by a sneeze can easily span the width of an average sized room and will reach ventilation ducts in a ceiling within a few minutes of a sneeze.

The sneeze videos (see example above) show the formation of different droplet sizes and their speed and trajectory.

Sneeze droplets, it seems, undergo a complex cascading breakup that continues after they leave the lungs, pass over the lips and churn through the air.

A better understanding of the spread of disease in sneeze droplets could ultimately inform better public health strategies, such as the placement of ventilation shafts in buildings, or even advice about the best way to sneeze (presumably, straight into a hanky)!

This research was presented on 23 November 2015 at the American Physical Society’s 68th Annual Meeting of the Division of Fluid Dynamics, in Boston, USA.