Malnutrition in England has increased, forcing thousands to seek medical help - The Canary 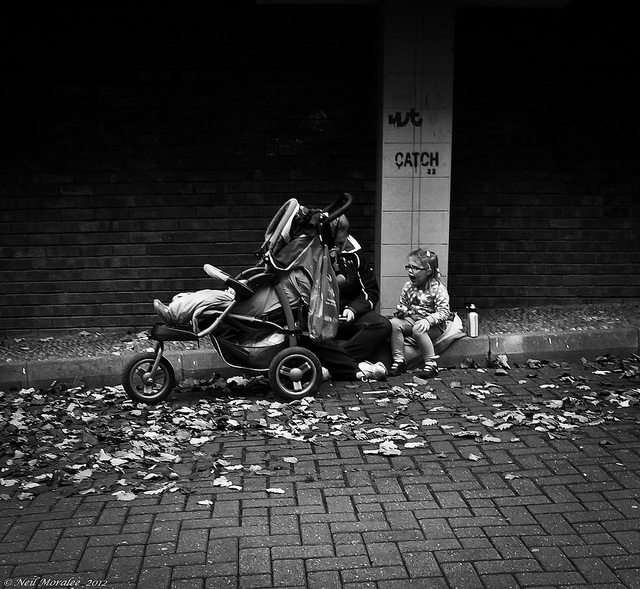 The government’s austerity programme has brought malnutrition back to the UK. Newly released Freedom of Information Statistics (FoIS) reveal that over 2,000 cases of the condition have been reported in England this year alone.

The Conservatives called the condition “unacceptable” but it has only got worse in the past three years, with the number of cases up by 259, an increase of around 10 percent.

The Faculty of Public Health (FPH) has attributed these shocking new figures to an austerity-fuelled trend of rising food prices alongside lower wages, while the film director Ken Loach has called the issue a “real open wound in our society.”

Dr Middleton’s organisation has warned that diseases commonly associated with the Victorian times have returned as health issues in the UK. That gout and rickets are again affecting England’s populace is astonishing in itself.

The FoIS figures contain information from 43 participating hospital trusts, including the Salford Royal NHS Trust where a country high of 193 ‘episodes’ were reported in just 12 months.

Second on the list was Yeovil District Hospital, some 250 miles away, illustrating how malnourishment is very much a national issue and not confined to any specific region.

It is not age related, either, with hospital staff reporting patients of all ages walking through their doors with symptoms of malnourishment.  The charity Age UK states that more than 1 million people over 65 years old are either malnourished or at risk of malnourishment.  That figure is around 3 million for all age groups combined.

The Trussell Trust (a food bank charity in Greater Manchester) said 16,083 people used food banks in the area between 31st March and April 1st, 2015. More than 6,000 of those were children.

We often see parents who are going without food so that they can feed their children, and these parents often struggle to afford enough nutritious food for their children too,

The Trussell Trust gave out a three day supply of emergency food supplies more than a million times in 2014/15, with recipients citing delayed benefits, low income and changes to benefits as the three most common causes of their struggles.

Examples include people unable to find money after waiting six months for their benefit claims to be processed, or  having their benefits cut completely after not turning up to sign on because they were at a job interview.

These struggles have become so widespread, in fact, that a food bank has been opened within an NHS hospital for the first time in the UK.

Tameside Hospital discreetly offers vulnerable patients food supplies when they are discharged, thanks to donations from the public.

There are a lot of people out there that are malnourished. It’s not just people coming into hospital, it’s across the board. People are struggling to feed themselves and their families at this time of the year,

While food banks act as a short-term solution for those in need, we must be wary of the fact that they increasingly are being relied upon.

Researchers from Durham University have a stark warning about the overall effects a reliance on food banks can have on the state as a whole.

Insofar as food banks give the illusion of effectively responding to hunger, they unwittingly facilitate the further erosion of the social right to state support for those at the sharp end of austerity, leading to a cycle of increased poverty, income inequality and a continued need for charitable emergency food provision.

And it is this income inequality that means England’s food poverty crisis sits in the bloated shadow of the country’s food waste problem. In the UK we throw away 7 million tonnes of food every year, half of which we could still eat.

At Christmas time the equivalent of 2 million Turkeys are left uneaten, along with 74 million mince pies and 5 million Christmas puddings.

That level of waste is staggering, particularly when its considered that 19 percent more people were forced to use food banks this year compared with 2014.  Such disparity is atrocious in a country that holds itself as one of the most civilized in the world.

The charity LoveFoodHateWaste says that we throw away food because we cook too much or that we buy too much, leaving what we can’t use to go off.

Their food planning tools help to reduce waste and can save families up £700 a year, while the Trussell fund accepts food donations that are then redistributed to the people that need them most.  A number of community projects, such as edventure in Frome, Somerset, are putting pressure on supermarkets to share their food waste locally, while the BBC is currently airing a series tackling the issue.

The fact that malnourishment and excessive food waste are co-existing in England is an embarrassing failure of society and something that must be collectively approached by us all. An end to austerity would be a start.

UPDATE: the original featured image for this post was of a child not based in the UK suffering from malnutrition. We regret the use of this image and have now replaced with something more fitting.)