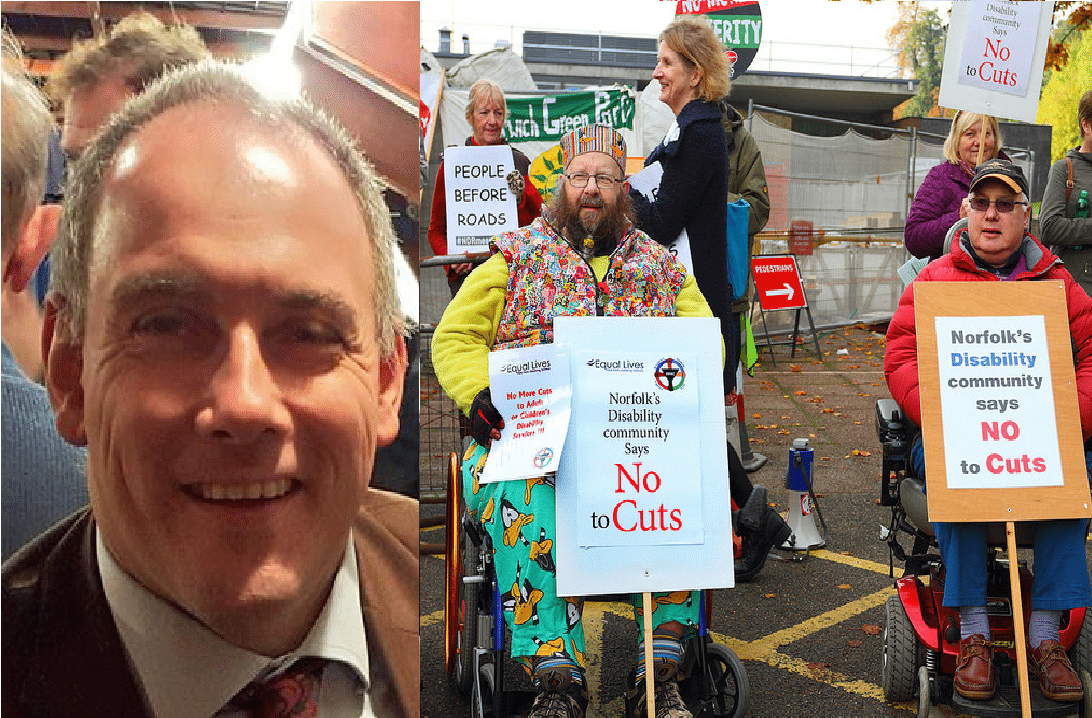 A Conservative minister charged the taxpayer over £30,000 for his stays in a private members club, where he would meet his mistress.

Robert Halfon, MP for Harlow, admitted he was cheating on his partner after it emerged a senior Tory aide intended to blackmail him. A report in the Mail on Sunday states that the aide planned to film him and his lover, a Tory activist, leaving the East India Club.

The minister has a form of celebral palsy, which means he can claim overnight expenses regardless of living a commutable distance from Westminster. Meanwhile, he consistently voted against introducing paying higher benefits for those unable to work because of illness or disability, as calculated by TheyWorkForYou.com. His additional expenses are on top of a £67,000 a year salary.

While sympathy must be expressed for his condition, it’s not quite as cosy for the rest of disabled people. The UK has become the first country to be investigated by the UN for violating the rights of people with disabilities. The inquiry will examine whether the Conservative government has perpetrated “systemic and grave violations”.

The investigation will inspect the impact of removing the Independent Living Fund (ILF), which this Tory minister’s government stripped from severely disabled people. ILF liberates disabled people from being trapped in care homes, through providing assistants and carers. It enables them to get jobs and flourish in their communities.

Local authorities now have the responsibility for this funding, but it is not ring fenced. It is vulnerable under Conservative spending cuts to local councils. To illustrate, a disabled person has lost half his care since ILF was removed earlier this year.

Yet, there’s money for Halfon to charge the public purse for his affairs at an elite club. The latest deficit figures show that government spending continues to increase despite huge cuts to public services and welfare. Scrapping ILF similarly indicates that austerity is ideological rather than a viable economic strategy. ILF empowers disabled people to secure employment, engage in society and manifest their capabilities. It is an investment in people, providing them with a platform to contribute to the economy and their communities. Without it, disabled people may also be pushed back into residential care, which is itself costly.

Case in point: Jenny was an ILF recipient and took full advantage of the freedom it gave her. She became an organisation trustee, achieved three degrees – one a first class in Spanish – and then became a company director.

Cutting the ILF is not only cruel, callous and unnecessary, but also economically illiterate.

It seems disabled people will only be looked after if they are Tory ministers seeking tens of thousands of taxpayers’ money to accommodate trysts. When any other disabled person looks for liberty, dignity and the ability to participate in their communities, not only can they not utilise additional public funds but, under this Tory minister’s government, they are deprived of the support that was available.