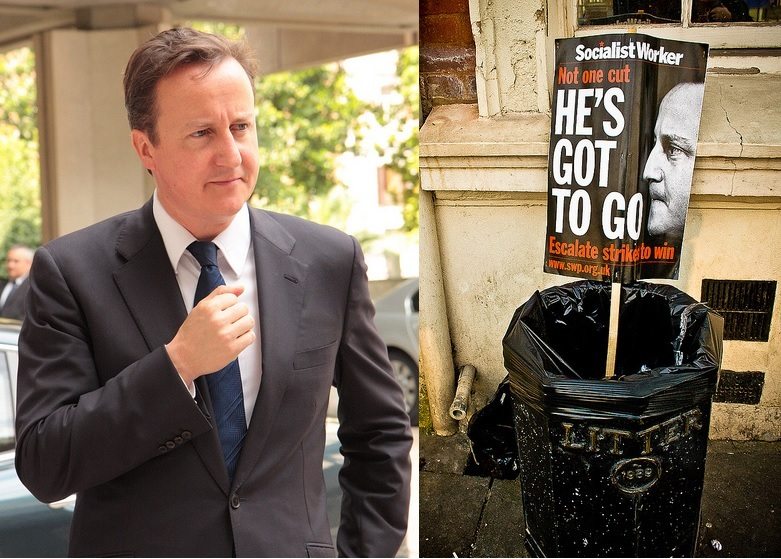 The manoeuvre seems to have been uncovered by twitter users. Fiona Hayes tweeted the petition’s creator Kelly Teeboon, questioning:

The anomaly, it transpired, was due to civil servants axing names from the petition. According to The Independent, when questioned about the removed signatures, a House of Commons spokeswoman explained:

6208 signatures which matched more than one of the criteria indicating fraud have been removed from the Petition calling for a vote of no confidence in David Cameron.

Of course, fraud happens and it does need to be identified. It is a crime that is on the rise across society. However, with political manipulation of votes it’s difficult not to be skeptical, especially after recent debacles like the Labour leadership elections, where some 56,000 people were barred from voting – 3,000 of which were culled on very shaky grounds indeed.

Regardless, the e-petition has over 192,000 signatures, without the excised names, and therefore qualifies for consideration by the Petitions Committee. In fact, as per the rules, the petition should have already recieved a response from Government, which has failed to materialise.

Amusingly, the e-petition initiative was introduced by David Cameron in 2010, although it was quite quickly weakened when the government saw how willing people were to use it. According to a 2011 article in The Independent, Cameron spoke of the importance of the initiative at East London University, stating,

It’s absurd that a tiny percentage of the population craft legislation that will apply to 100 per cent of the population. Instead of locking people out of this process, we need to invite them in.

The Cameron of 2015, however, doesn’t seem so keen. In fact, in contrast to this air of transparency and openess, the UK government are currently undertaking a review of the Freedom of Information Act (FOI). The FOI allows citizens to request information from public authorities, and is heavily used by journalists to bring scrutiny to government decisions and actions.

The FOI has been used on numerous occasions to uncover truths that would otherwise have remained hidden. Through its use we have discovered political interference in paedophile investigations, royals meddling in government affairs, and British military involvement in the death of Afghan civilians, amongst other transgressions.

The current UK government, however, seems to want to dilute the FOI and make access to information more difficult. The changes to the act being considered include introducing charges for requests, giving ministers greater power to veto requests, and making internal discussions of public officials harder to access.

Many people have publicly announced their opposition to the possible changes. Peter Clifton, Editor-in-Chief at the Press Association, has stated,

We are unshakeable in our support of the Freedom of Information Act and any plan to limit its reach by extending secrecy in relation to the workings of government, extend the veto, or introduce charges would severely damage democracy.

The fact the UK Government is taking a step back when the UK still lags behind many other European countries on important measures of transparency and accountability, such as limits to state surveillance powers, and press freedom, is of great concern.

Investigative journalists have spoken up about the “chilling effect” the changes would have in the wider world. Jordanian journalist Musab Shawabkeh describes this here:

In Jordan we have Freedom of Information (FoI) laws. The only reason they exist is because foreign donors – the United States and the European Union – forced our government to pass one…Now the UK government is considering tightening-up its FoI laws. This would have an incredibly damaging effect for journalists in countries like mine.

These concerns are valid. The more transparency a government has to provide, the more likely it is to be responsible to the citizens it is elected to represent. Not all revelations of officials’ actions can be made through twitter, as seemingly happened with the no confidence in Cameron e-petition.

In fact, the more cloaked the UK government becomes, the further that confidence will fall. If Cameron wants trust, he must prove he deserves it, by ensuring the decisions made in Whitehall are accountable to UK citizens. That is, after all, why they are called ‘public servants’.

Images via UK in Italy and Mark Ramsay