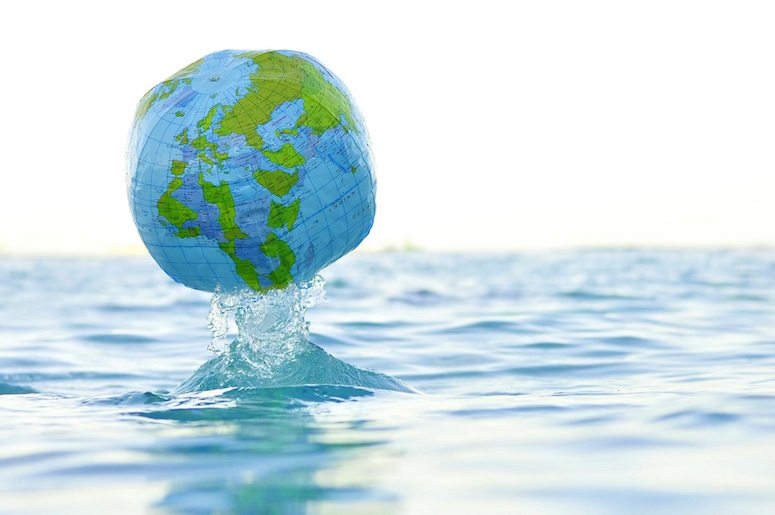 Where would losses occur?

Losses are predicted to be caused by the direct destruction of assets by increasingly severe weather events and by reductions in earnings for people affected by extreme temperatures, floods, droughts, and other climate change impacts.

Global losses could actually be far higher than $2.5tn, according to a study published in Nature Climate Change, which goes as far to say that there is a 1% chance that they could reach up to a staggering $24tn. So what can we do?

By far the most effective way to prevent this threat is to limit global warming to no more than two degrees Celsius, according to the team from The London School of Economics.

“Our work suggests to long-term investors that we would be better off in a low-carbon world”, Prof Simon Dietz told The Guardian. “Pension funds should be getting on top of this issue, and many of them are”, he goes on to say, but awareness in the financial sector was low.

How can we cut emissions?

By keeping fossil fuels in the ground, according to scientists.

There will be winners and losers.

Nonetheless, we need solutions. Fossil fuels comprised almost 85% of the UK’s total energy consumption in 2013, and the figure is almost the same for the US. Out of 34 countries with data from 2013, the US and the UK are near the top of the list, at positions 11 and 13, respectively, in terms of fossil fuel use.

But if we stop using fossil fuels, we need to replace them with something else.

The good news – In the second quarter of 2015, over 25% of the UK’s electricity came from renewable sources, surpassing the percentage of energy coming from coal for the first time. An historical record.

So we’re headed in the right direction.

Huge investments have since been made in the renewable energy sector, with the last 3 years showing the largest growth.

More wind and solar power than ever before is being used in the UK. Increased capacity coupled with high wind speeds, rainfall and solar levels are the reason.

Paradoxically, climate change may be enhancing our use of renewable energy.

The use of renewable bioenergy (energy from organic matter) is also increasing, although this has been criticized for its potential to increase carbon emissions, consequently diminishing the positive effects of using renewable energy.

In 2015, nuclear energy, a non-renewable source, accounted for around 21% of total electricity – a sizeable figure. However, aging nuclear power plants have been closing down for years, which will likely help to push renewable energy use to the forefront.

Investments in renewable energy are thanks in part to the EU’s 2009 EU Renewable Directive and due to new UK and EU targets for carbon emission reduction. Other commercial incentives such as the Renewables Obligation scheme have also helped.

Learning from other countries

Iceland is a leader in renewable energy: only 11% of total energy consumption was from fossil fuels in 2013. Estonia and Sweden also had low figures, at 17.3% and 31.1%, respectively. What are these countries doing right?

Few countries consume more energy per capita than Sweden, yet Swedish carbon emissions are low. This again is thanks to hydropower: Sweden boasts that a huge 95% of its renewable energy comes from hydropower.

In 2015, Sweden also stopped all construction on nuclear power plants, plans to close two reactors, and is choosing instead to divert investment into renewable energy production. A formidable plan, indeed.

The UK only generated about 1.5% of its electricity from hydroelectric schemes in 2011. But there is scope for exploiting the remaining hydro resources in a sustainable way.

Estonia is set to win the race to provide 20% of its energy from renewable sources. This mainly is due to increased biomass production, but wind output also rose by 23% between 2011 and 2013, thanks to three new wind parks.

As Estonian MEP Kristiina Ojuland has stated, it’s also due to the accepting attitude of Estonia’s residents. “The Estonian people are mentally very open to renewable energy,” she said.

Perhaps this is also something that we can learn from.

Only the future will tell whether we can keep global warming to below the critical two-degree rise. By learning from other countries and continuing to concentrate on renewable energy, perhaps climate change won’t be so devastating to the global economy as it currently threatens to be.