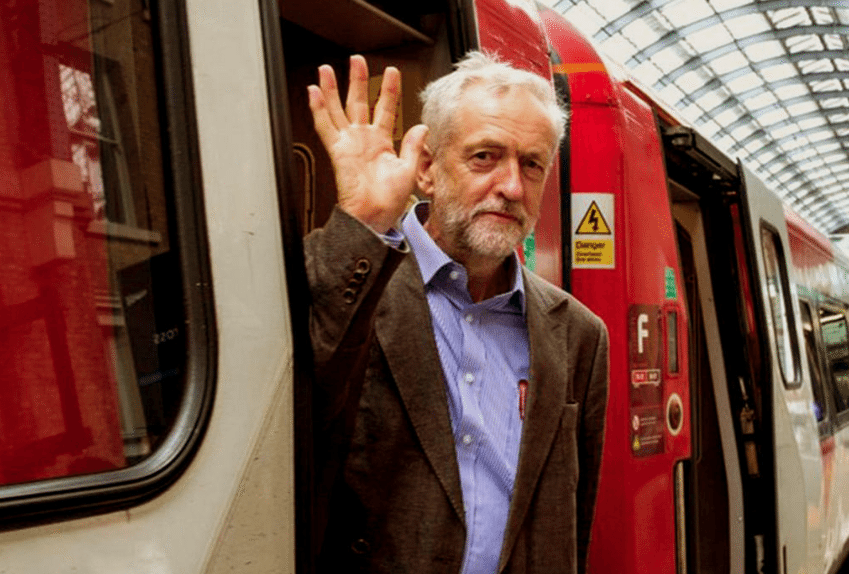 Campaigning for the May 2016 elections has now officially begun. But a few desperate Blairites are working to lose Labour seats in those elections, according to some reports – all so they can try to oust Jeremy Corbyn as leader.

Tucked away in an article about Corbyn and the May local elections, the BBC reports:

But privately some in Labour’s ranks have been wondering whether to “take the foot off the gas” when it comes to campaigning because a poorer result could convince some of the newer members of the party that Jeremy Corbyn is indeed unelectable in large parts of England, outside London.

This little paragraph is included almost as an aside. But if true, it is explosive. It shows that individuals within Labour are considering sabotaging their own party’s prospects in the Welsh Assembly, Scottish Parliament, English council and London Mayoral elections so they can oust a leader they dislike.

Ten days ago, Labour’s John Prescott made a more explicit accusation in The Mirror, with his trademark bluntness [my emphasis]:

Sadly, a small number of MPs – I call them Bitterites – are still desperate to remove Corbyn. They’re gutted the Tories are in chaos and Labour edging ahead. The main Bitterite MPs – whose only “skill” seems to have been Press spokesmen for Blair and Brown – want to drive down Labour’s standing in the polls and encourage bad results in this May’s elections.

The Blairites are unhappy. Despite their best efforts, the “unelectable” Jeremy Corbyn won the Labour leadership election by a landslide. He caught the party’s – and the voting public’s – imagination in a way that none of his Blairite and Brownite rivals could. So they found themselves lumbered with a leader who stands for everything they hate.

What to do? Well, at first they decided to give Corbyn enough rope and time to hang himself. That has not gone well. Despite an overwhelming media onslaught and countless briefings against him from his own party, Corbyn has taken a lead over David Cameron and the Conservative party in the polls, even before those polls reflect the fallout from the Panama Papers. His policies are popular, and he has won a series of victories against the government. All of this, reportedly, has led most Labour MPs to believe that Corbyn is set to stay for the long haul.

But a few MPs are still agitating for a coup. And now they are pinning their hopes on the May elections – specifically, on their own party crashing and burning in the May elections. While nobody is likely to try and stage a coup until after the EU referendum in June, anonymous sources have briefed that they will try to depose him before the Labour party conference in September. And poor results for Labour in the May elections, they seem to think, would lay the groundwork perfectly.

While it’s a deeply cynical position – and a futile one, given both Corbyn’s promise that he will stay on the ballot paper and his ever-increasing popularity among party members – those taking it would say they just want Labour to be electable in the longer-term.

But the new revelations blow that justification out of the water. If some Blairites are prepared to actively undermine their own party’s election results across the UK in order to stage a coup against a leader who was elected in a landslide and who is gaining ground among voters, it suggests their beef with Corbyn is not about electability. It is because they were quite happy with Labour’s pre-Corbyn, neoliberal status quo – and they want it back.

As The Canary’s Editor in Chief, Kerry-Anne Mendoza, wrote after Corbyn’s leadership victory:

It is becoming ever more clear that the Labour Party in Westminster has become a part of a permanent political class alongside their Tory and Liberal Democrat counterparts. Disengagement and voter apathy means a fairly stable job, a few seats lost and won either way each election and no big surprises. The chance to earn a great wage and pass policies which guarantee lucrative consultancy/director roles after politics. All done with the passive acceptance of a disaffected electorate, half of whom don’t even bother to vote anymore. To this permanent political class, a popular movement based on social democratic values is about as welcome as a fart in an elevator.

The results of May’s elections will have real impacts on real people across the UK – from deciding which local services will survive in different parts of England to what will happen to health and  education policies in Wales. That a few in the Labour party are willing to try to sabotage Labour’s results in those elections for their own political ends is an insult to those people and an insult to democracy.