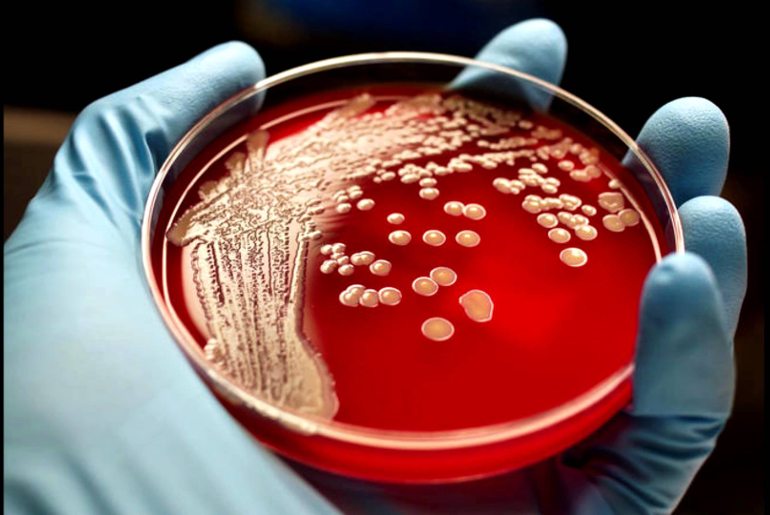 The world is faced with an antimicrobial resistance (AMR) crisis that threatens to throw our health and medical practices back to the Dark Ages according to a report released by economist Jim O’Neill.

The report estimates that even today 700,000 people a year die of resistant infections around the world, and that this is likely to rise to 10 million lives a year by 2050, with an estimated cost to the world economy of £69 trillion a year.

The report sets out a 10 point plan to combat the problem, that needs to be implemented globally to be fully effective.

What is antimicrobial resistance?

Antimicrobials are a range of medicines used to treat infections caused by bacteria (antibiotics), viruses (antivirals) and parasites (antiparasitics). Resistance to these medicines arises in microbes by an evolutionary process.

For instance, when a bacteria is treated with an antibiotic, some individual bacteria may have acquired mutations that make them more resistant to being killed. This allows them to survive the treatment and reproduce and pass down this mutated antibiotic resistance gene to all their offspring.

Evolution works fast in bacteria due to their high reproduction rate. E. coli can reproduce every 20 mins, so one resistant bacteria can become over a million cells in just 20 hours. The evolutionary process is also aided by bacterial cells mutating at a much faster rate than human cells.

It is a thorough report and provides many sensible suggestions as to how to tackle this crisis. The problem is, the majority of these suggestions have been proposed before, and not acted upon. I attended the BA Festival of Science at the University of Salford in 2003 where antimicrobial resistance was a topic discussed. Then, suggestions such as prescribing less antibiotics, cutting down the use of antibiotics in livestock, creating new antibiotics, public awareness and investigating alternatives were being discussed.

Very little has been done since then to promote any of these good ideas, which have all reappeared in this current report. The problem of antimicrobial resistance was on the radar of the European Parliament as far back as 2001 when a resolution was passed on the prudent use of antimicrobials in human medicine.

More resolutions, conclusions, recommendation and regulations have followed every few years since, each time trumpeted by a scientific luminary in the press, with little more result than a round of letters being posted to doctors advising them to prescribe less antibiotics.

Hopefully change will follow this current report which does go into the reasons we have failed to deal with problems in the past. The world is highly dependant on Big Pharma to bring drugs to the market; unfortunately, antibiotics are not generally profitable for Big Pharma, so they do very little research on them and very few new antibiotics have reached the shelves since the 1980’s.

O’Neill, uses the term “market failure” throughout the report to describe the failure of Big Pharma to produce the new antimicrobials the world desperately needs. He hopes to change this by the report influencing the G20 meeting in September so they will:

support new innovation – including mechanisms to pool global funds to stimulate the development of antibiotics and diagnostics. It is vital that the market failures in the pipeline for new antibiotics are fixed, and that more successful products come to market.

To fix these market failures and help produce funds to promote antimicrobial research and development he makes a number of suggestions, including:

The market entry reward level suggested is probably not high enough to incentivise Big Pharma to work on antimicrobials. A study by the Tufts Centre For the Study Of Drug Development calculated the cost of developing a prescription drug that gains market approval at $2.6 billion.

The pay or play system has already been rejected by the Association of the British Pharmaceutical Industry, Dr Virginia Acha, director of research, medical and innovation was reported to say in the Guardian:

[It] fails to recognise the need for a collaborative response which this long-term review has consistently identified… Putting the onus on any one group will not solve the problem and is not a sustainable solution.

Big Pharma is a powerful lobbyist of the government in the UK, and the lobbyists are already probably hard at work, whispering into the ears of the cabinet and discrediting the pay and play system. I can see the headlines now of the Big Pharma CEO’s spitting their dummies out and threatening to take their research toys to a more exotic location if it is introduced.

A tax on antibiotics would hit the poor hardest, and it is the poorer countries that are expected to suffer more from antimicrobial resistance, and so is unfair.

A much more appealing recommendation for the funding of R&D into AMR is the Global Innovation Fund (GIF), which is planned to fund early stage research into drug discovery and other areas relevant to AMR, as well as research into how to use better what we already have. It is proposed the fund will be endowed with $2 billion over five years from public funds. The UK and Chinese governments have so far committed £100 million ($145 million) to the fund.

I believe GIF and GARD provide the best of opportunity of making progress with R&D into AMR at reasonable costs. The good work that the World Health Organisation and its supporting countries and organisations (once they got up to speed) did in combatting the Ebola virus by developing a vaccine in record time, points to them being a very useful force in the fight against AMR.

Another major concern of the report is the overuse of antibiotics given to livestock. Antibiotics are used to quell infections developing in overcrowded farm animals, which could be reduced by better farming practices. Often they are given simply to promote growth in the animal. The antibiotics used are often ones that are important to human health, and the resistance acquired by bacteria in the animals can be passed to bacteria that can infect humans, in certain conditions, by a process called transformation.

In 2003 when I was researching this subject, bacterial resistance to vancomycin was of concern due to it being a last line antibiotic (which means it is the last chance to treat an infection when all else has failed) and also commonly used in treating livestock. There was some evidence to suggest then that vancomycin resistance had been transmitted from bacteria that infected livestock, to bacteria that infected humans. In 2012 it was reported that a lineage of the hospital superbug methicillin-resistant Staphylococcus aureus (MRSA) had also picked up resistance to vancomycin.

Although this development can’t be traced directly back to treating animals with vancomycin, there is a strong possibility that it was a factor involved. And the report states in a review of the relevant literature:

In the USA, of the antibiotics that are important for maintaining human health, over 70% of the total volume used are sold for use in animals. The report proposes a 10 year target to reduce antibiotic use in global agriculture and also suggests restrictions/bans on certain highly critical antibiotics, with improved transparency from food producers on the antibiotics used to treat the livestock we eat.

In the USA, 40 million people a year are prescribed antibiotics for respiratory issues. It is estimated 27 million of these get antibiotics unnecessarily.

To combat this, the report suggests that rapid diagnostic tools should be used to

determine the type of infection prior to prescribing the medication. This is an excellent idea but unfortunately these tools have yet to be developed.

I was very pleased to see bacteriophage (viruses which kill bacteria) mentioned as an alternative to antibiotic use. They have an amazing structure, and look like they would be as comfortable landing on the surface of a moon as the surface of a bacteria.

Can this plan work?

The plan to combat AMR, as set out in the report, is a rational one and has every chance of succeeding if it is implemented globally in a timely fashion. And global implementation is crucial, as the report itself states, because uncooperative countries could act as a reservoir of antimicrobial resistance which could then easily spread to other countries, via people travelling, and undo their good work.

The AMR problem has a lot of parallels with the problems of climate change, as both require a global solution and agreement between many countries. So I was surprised to see no mention of climate change or global warming within this report. This is important as climate change is predicted by the World Health Organisation to increase infectious disease transmission.

Observing the difficulties involved in the increasing number of unsuccessful climate change summits leads me to believe that herding cats may be an easier proposition than gaining global consensus on a major issue such as AMR. But we can only live in hope, as long some superbug doesn’t kill us first.