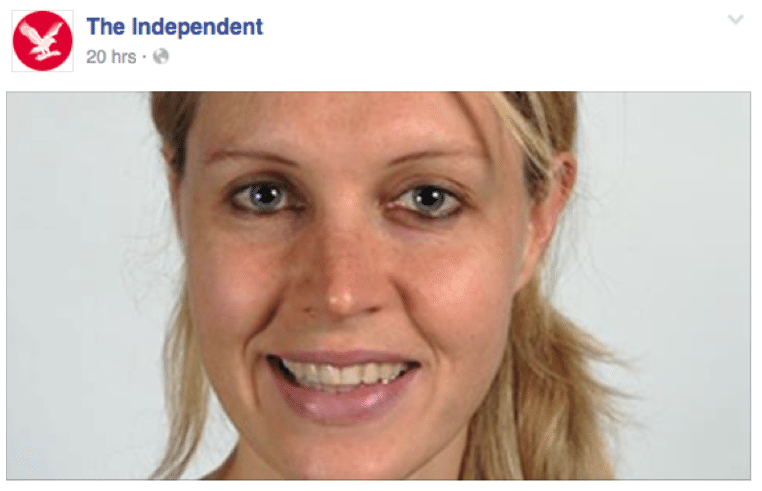 A headline choice at The Independent has left readers outraged, after it appeared to scoff at the death of a young woman.

The story is a human tragedy. A team of experienced climbers attempt to scale Mount Everest, and three of them are killed in the process. 34-year-old Dr Maria Styrdom and her husband Robert Gropel were attempting the Seven Summits challenge. But Dr Strydom was taken down with altitude sickness during the Everest climb, and Mr Gropel suffered a high altitude pulmonary oedema on his way down. While Gropel is making a steady recovery, his wife died. Her death came shortly after that of another climber, a Dutch man named as 35-year-old Eric Arnold. A while later, an Indian climber named Subash Pau made the summit, but collapsed and died of exhaustion shortly thereafter.

The climb had been motivated by the number of bizarre assumptions made about the vegan pair. As Dr Styrdom said in an interview before the challenge:

By climbing the seven summits we want to prove that vegans can do anything and more.

This is a human tragedy: for the deceased, for their loved ones, and for the climbing community too.

However, The Independent chose to pitch the story on social media with the Facebook headline: 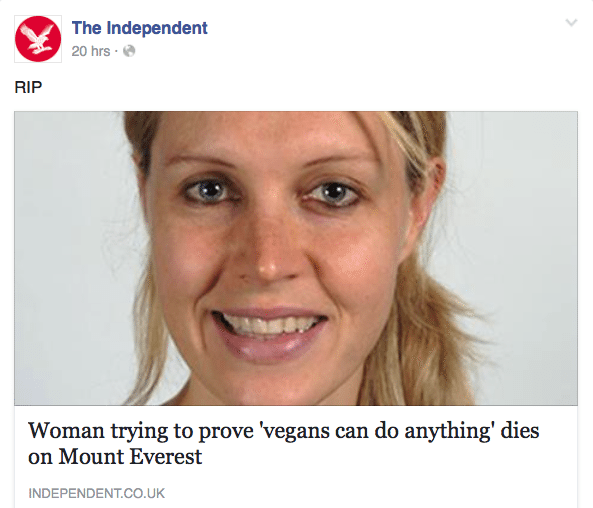 The headline in the article itself was marginally better, but still made this tasteless and crass connection, reading:

Social media users were quick to condemn the ‘clickbait’ headline as entirely inappropriate for the circumstances.

But of course, not everyone felt that way.

As an online media outlet, we appreciate the challenge facing editors at The Independent. There’s no argument from us against picking the most engaging headline for your piece – the aim is for as many people as possible to read your story. It’s not just about clicks and ad revenue, it’s about how big our conversation is in the world. Headlines need to be suspenseful, engage people at an emotional level, and be understood by as many and diverse a number of people as possible. That is not easy.

So it’s not a cynical mission to seek to engage a mass audience on the matters that shape our world. In fact, it is how you democratise the news and information.

But let’s not kid ourselves that this was the motivation behind this piece by The Independent. This was not about noble intentions, lessons learned or signposting a critical issue of our time. This story is a tragic accident, no more and no less. The Independent chose to leverage a sneering view of vegans, into clicks. In doing so, it turned that tragic accident into a pun. There is nothing to be proud about in that.