This could be the end of Cameron, as his own MPs look set to behead the leadership - Canary 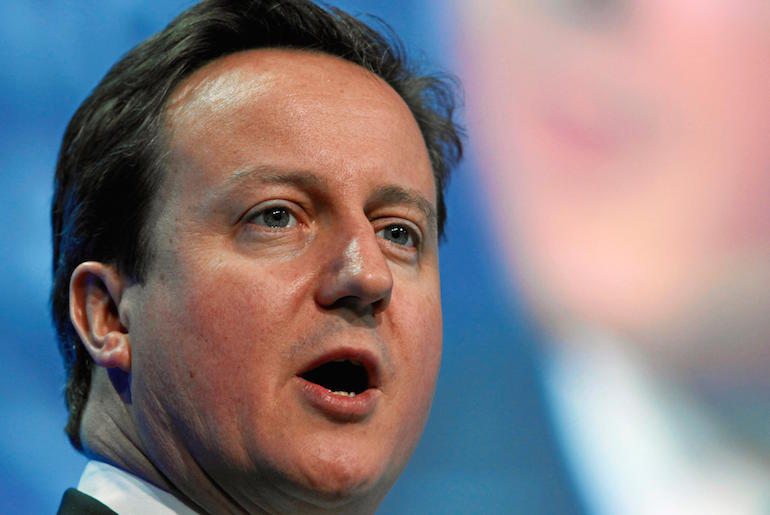 As the referendum debate descends even further into fierce scaremongering, David Cameron reportedly faces a vote of no-confidence from his own MPs.

The majority of Britons and many Conservative MPs think he should resign if he loses the referendum. For the Prime Minister, the referendum has become two-fold – both the membership of the EU and his career are on the line, with Boris Johnson still by far the bookies’ favourite to replace him.

However, his mounting desperation, manifesting itself in a series of doomsday predictions from the Treasury, may have backfired and cost him his premiership irrespective of the referendum vote. Presently, he is engaged in the vanity project of his own legacy and does not want his residency at Number 10 cut short.

But, even if we vote to Remain, around a hundred Conservative MPs could be prepared to launch a vote of no-confidence in the Prime Minister. Only fifty MPs are needed for the vote to go ahead.

Johnson, inches away from becoming what he sees as the next Churchill, called Cameron’s latest forecast that Brexit would cause a recession a “hoax”. While Cameron’s fearmongering should be challenged, what’s more of a hoax is Johnson’s support for Brexit – nothing but a leadership bid encouraged by his political advisors.

Here’re a few of the many pro-Remain quotes from Johnson, before he realised backing Brexit would mean personal gain:

Ironically, even Churchill’s grandson has called Johnson out on his blatant flip-flopping:

Whatever my great friend Boris decides to do I know that he is NOT an outer .

Meanwhile, Iain Duncan Smith, who previously resigned as Work and Pensions secretary to attack Cameron’s leadership in favour of a Brexit-led party, called his leader “disingenuous”. He continued his onslaught on the Cameron camp, comparing George Osborne to the fairy tale puppet Pinocchio:

Rumours of a ‘revenge reshuffle‘ from Cameron coupled with the threat of a no-confidence vote from Conservative MPs suggests the two internal factions may dramatically collide after the referendum. Indeed, senior Tories have warned “the party could take years to recover its unity” unless both sides tone down their onslaught.

Whatever the outcome of the referendum, Cameron could face an abrupt end to his premiership at the hand of his own MPs hoping to secure a Boris Brexit-led party and punish Cameron for his fearmongering.

Meanwhile, instead of capitalising on a Tory party in disarray, Blairite Labour MPs are betraying their true colours by wasting opportunities and continuing to attack Jeremy Corbyn.

However, this will ultimately be irrelevant to whether Cameron is kicked out. The Prime Minister’s leadership looks increasingly rocky as the Brexit faction of his own party’s threat of a coup becomes very real.

Support the work of UK Uncut.