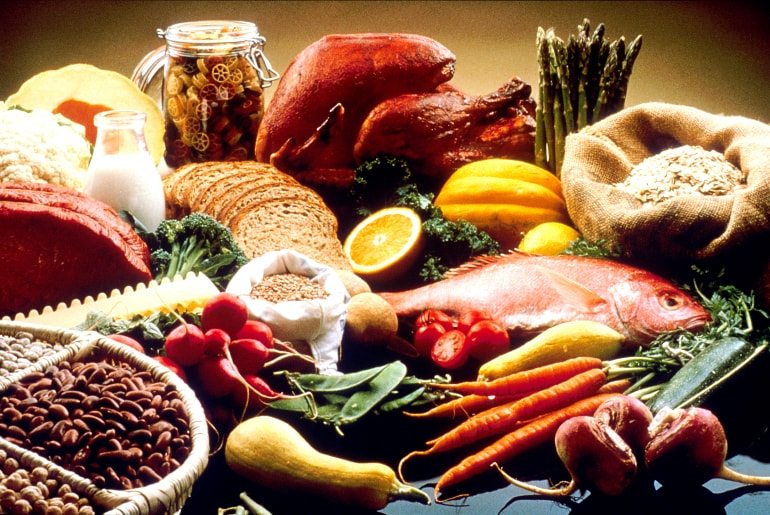 Official dietary advice is wrong and commercial influences may be corrupting food science, according to a controversial report released by the National Obesity Forum (NOF) and the Public Health Collaboration (PHC) on Monday.

The report suggests a higher fat/low carbohydrate diet which is also low in processed low fat foods could help you lose weight, prevent diabetes and is better for your health than the Public Health England (PHE) recommended diet.

Dr Aseem Malhotra, founding member of the PHC was a guest on the Today programme (1:50 into the recording) to discuss the report alongside Professor Susan Jebb, advisor on obesity to the UK government. Jebb was critical of the report saying it “cherry picked” information to support its conclusions, and:

The overwhelming evidence coming from good high quality systematic reviews, which brings all the evidence together I am afraid does not in any way support the assertion that you should be eating more saturated fat.

Malhotra refuted the claims of cherry picking and claimed the report used the most recent high quality evidence, and countered with:

I think there is a problem of commercial influence biasing the views of academics, and she [Susan Jebb] has taken funding from weight watchers, Coca-Cola, and I think all of these things have biased her view.

The report also suggests that calorie reducing weight loss strategies are highly ineffective, so people should stop counting calories. Shifting a dietary pattern away from calorie counting and towards a focus on good food quality rather than quantity, will help reduce obesity and related diseases, the report claims.

Jebb was previously reported, in The Telegraph, to have received partial funding from the Coca-Cola (£194,000) towards an obesity study, and Nestle (£24,283) also partially fund one study. The Coca-Cola trial was to test a no-sugar product that might aid weight loss, however the results showed no aid to weight loss and were thus unfavourable to Coca-Cola.

However, a 2013 paper published in PLOS Medicine showed that reviews funded by industry on the effects of sugary drinks on obesity, were five times more likely to find no link between them than those without industry funding.

And a flawed study carried out at Bristol University, reported on in The Independent, found that diet drinks could be better than water in aiding weight loss. The study was funded by a research institute, ILSI Europe, that includes Coca-Cola and PepsiCo. The published paper failed to disclose conflicts of interest between authors and ILSI Europe, and more than 5,500 papers were reviewed but the results of all but three were ignored.

The NOF report uses the example of Big Tobacco to highlight the malign nature that commercial funding can have on research and the subsequent public policy based on that research. It describes nutritional science as being “corrupted by commercial influences”. The report cites the latest Eatwell Guide from Public Health England as perhaps being an example of:

commercial interests trumping independent scientific evidence. The majority of the group established by Public Health England to determine the healthy eating role model for the country represented the food and drink industry. Should the food and drink federation have a say in the design of England’s healthy eating advice, or should independent clinicians fulfil that role?

A report by Zoe Harcombe highlights the over involvement of food industry representatives in developing the Eatwell guide.

Malhotra describes the Eatwell Guide, from PHE as a “metabolic time bomb” that must be urgently changed to “reverse obesity and type 2 diabetes”, in The Guardian. The article also included criticism of the NOF report from Prof Simon Capewell from the Faculty of Public Health:

We fully support Public Health England’s new guidance on a healthy diet. Their advice reflects evidence-based science that we can all trust. It was not influenced by industry.

By contrast, the report from the National Obesity Forum is not peer reviewed. Furthermore, it does not it indicate who wrote it or how is was funded. That is worrying.

And the University of Glasgow’s Prof Naveed Sattar said the reports:

PHE responded to criticism from the NOF paper by saying online:

An opinion paper published today by the National Obesity Forum and the newly-formed Public Health Collaboration is irresponsible and misleads the public.

One thing both sides of the argument can agree on is that the current policy to combat obesity and related diseases in the UK is not working. We are experiencing an epidemic of obesity and diabetes. The cost to the NHS of obesity is more than £6bn per year, and for type two diabetes £20bn, which could be twice that in 20 years. The misery caused by these conditions is unquantifiable, but that too will grow.

The NOF report puts forward some controversial claims and advice on what should be the official advice on maintaining a healthy weight. The best way to prove or disprove these claims is by carrying out clinical trials that are designed specifically to answer some of the questions raised by this report. And funding these studies publicly would remove any bias from industry and ensure effective public policy on health.