With this one destructive decision, the flood-gates have been opened on UK fracking - Canary Workers’ Co-op 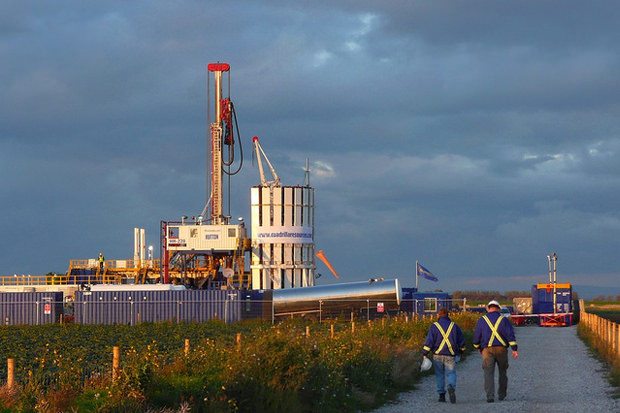 This is the first time fracking has been approved locally in England since 2011 when test drilling was identified as the cause of an earthquake near Blackpool.

These plans could pave the way for thousands of fracking wells to spread across Yorkshire and many other parts of the country if not stopped. Impacts, including pipelines, air pollution and waste disposal will spread far beyond the areas being drilled. Third Energy’s plans in Ryedale are the thin end of a very large wedge.

Ryedale District Council, in which Kirby Misperton is located, had previously objected to the application, coming out in support of the local residents against the advice of planning officers. But the decision has always been in the hands of the County Council.

by far the most controversial application we have ever had to deal with.

The council is overwhelmingly controlled by the Conservative party with 45 seats out of 72. Within the planning committee, approval was granted with 7 votes in favour, 4 against, and 2 abstaining.

Residents up in arms

During an application hearing which took two days, a crowd of protesters comprising residents and national activists gathered outside the town hall.

Attending the protest was Sarah Hockey, an anti-fracking campaigner from east Yorkshire. Here is her reaction to the decision:

More than 70 people opposed to the fracking site addressed the planning committee citing water, air pollution, and safety concerns as their main reasons for opposition. The proximity of the fracking site to the North York Moors national park was also an issue.

A council planning officer told the committee there had been 4,375 letters opposing the application, and only 36 in favour.

After the decision, Sue Gough, from Little Baugh, launched a people’s declaration against Fracking:

Today we resolve to continue to fight to remain free from fracking, to protect our communities, our beautiful countryside, our air and water, and to protect the future of the planet. We ask people across the country to join us by supporting this declaration.

@infowars help us in Yorkshire. Fracking approved. Will set presidence. 99.2% did not consent to this. Please help https://t.co/6ttJdsSl5W

Immediately after the vote, police tweeted a message to protesters.

Please be aware, the police will take action against unlawful behaviour linked to the #nyshale protest https://t.co/ncotcLX0iu

With the democratic will ignored, it stands to reason that some will take matters into their own hands to protect their rights and environment. It really does beg the question: why is the government pushing through with its policy of ‘all out for shale’ when it provokes social discord?

Friends of the Earth (FoE) is now considering a judicial review of the application decision.

A judicial review is always done on the legalities, the technicalities. It’s never the actual decision, it’s the way in which the decision was reached.

Another route of further action is to go after the source of the fracking company’s funding.

The company granted the permit is Third Energy, which is 97% owned by Barclays bank. This constitutes the first time a bank had invested directly in fracking in the UK. Calls are now on for a boycott of the high street bank until it reverses its support for shale gas extraction.

Frackers have won the battle, but not the war

The extensive delays to fracking operations have cost the companies time and money. Reports are already circulating that investors are losing patience and pulling their funding. When Cuadrilla’s application to frack in Lancashire was defeated last year, the share price of iGas dropped sharply.

Despite throwing huge resources at manipulating public opinion, the companies are losing the public relations battle with more people than ever opposed. Only 19% of the British public now support Hydraulic Fracturing with an overwhelming 81% in favour of renewables. This is the exact opposite of government policy.

The Conservatives’ obsession with shale gas has had the unintended consequence of uniting local and national activists around safeguarding the environment, making the link between global issues such as climate change and local issues such as water and wildlife conservation. The public has never been more overwhelmingly clear about the fracking they don’t want, and the new, clean and responsible energy they do want.