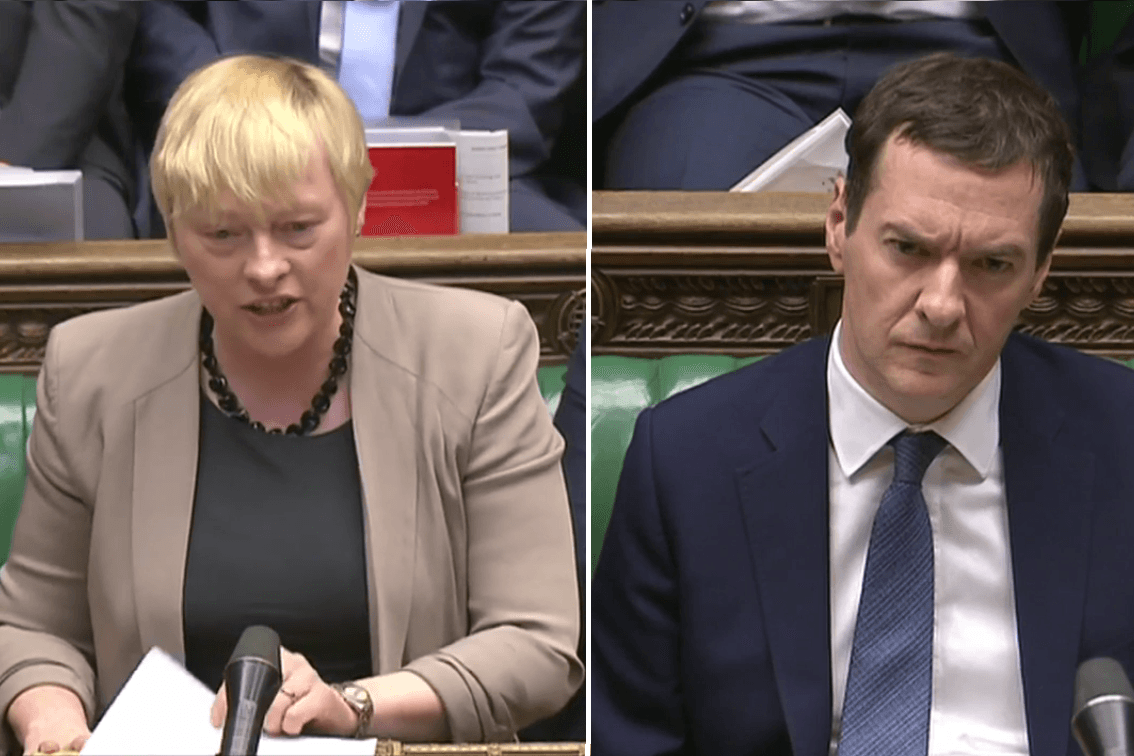 Angela Eagle filled in as opposition against George Osborne with David Cameron and Jeremy Corbyn at the G7 summit in Japan.

Earlier in PMQs, the MP for Wallasey highlighted the Conservative chasm by offering the Chancellor the option of agreeing with either the Brexit faction of his own party or the General Secretary of the trade union Unite:

Now last week the employment minister called for brexit so there could be a bonfire of worker’s rights. Does the Chancellor agree with her or does he agree with Leon McCluskey?

It looks like Osborne’s party is so divided that he cannot even support Conservative MPs over trade unionists.

Then, Eagle continued to ridicule the Conservative party:

All the Brexiteers have been banished from the front bench.

After the exchange, a leading eurosceptic Conservative MP provided Eagle with an exemplar of Tory infighting. He accused Osborne of breaking the law by using governmental privilege to boost the Remain campaign. The Civil Service is meant to remain neutral in the three weeks before the referendum, yet government websites will maintain a pro-EU position.

This will only add to the bitter Brexit taste, following on from David Cameron banning civil servants from campaigning to leave.

Senior Tories have warned “the party could take years to recover its unity” unless both sides tone down their onslaught.

On Wednesday, Eagle did a commendable job filling in for Corbyn at PMQs. While Osborne looks increasingly like someone who’s career is about to hit a brick wall.

Support the work of UK Uncut.