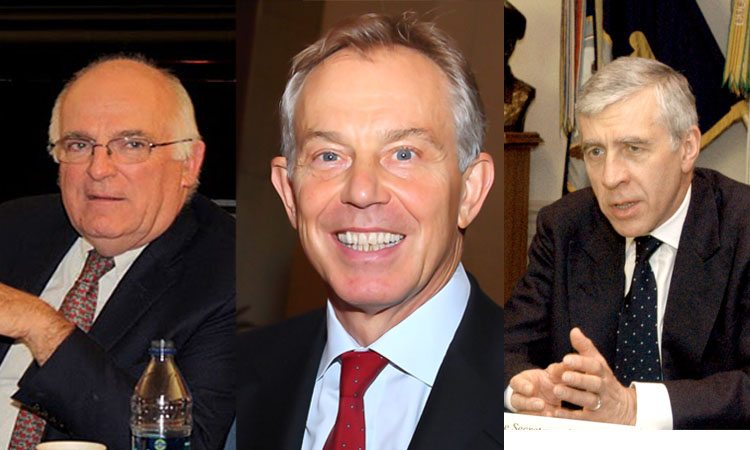 The long-awaited inquiry into the legality and justification of the Iraq war, known as the Chilcot report, is set to be published on 6 July, and reports are circulating that it will condemn several shady characters. For the many hundreds of thousands of Iraqis who lost their lives, as well as the families of the 179 British servicemen and women who were killed, this report may soon draw a line under a war widely regarded as illegal, unwise and immoral.

It’s been seven years since the inquiry, chaired by Lord Chilcot, was called by then Prime Minister Gordon Brown. It has been set back so many times that an inquiry has been launched about why the inquiry was taking so long to reach publication. The process of ‘Maxwellisation’, whereby anyone criticised in a government report can answer to and dispute the findings, is the main reason the report was not published five years ago, when the initial interviews were completed.

Last year, we were told that the publication was being put back in order to prevent interference with the May elections, and again this year we have been told that it will be delayed until after the EU referendum on 23 of June.

Many people have been named in the media as potentially part of a conspiracy to deceive the public, and embroil the country in a war of aggression explicitly condemned by the United Nations as illegal. Among them are Alistair Campbell, Geoff Hoon, Lord Goldsmith, John Scarlett, Jeremy Heywood and Sir David Manning.

But a source familiar with the report has recently pointed the finger at three men, suggesting they will be held accountable for the catastrophe that is the Iraq War.

The former head of MI6 is thought to be instrumental in supplying evidence for the September 2002 ‘dodgy dossier’ that made the case for war in Iraq, including ‘sexed up’ claims that Saddam Hussein had weapons of mass destruction. We now know that Iraq was nowhere close to developing WMDs.

Then Foreign Secretary, Jack Straw met with Tony Blair eight days before the invasion of Iraq and is known to have given extensive advice. Though he has talked about being ‘haunted’ by the decision to go to war, he has also maintained that he always fully supported the invasion.

A source familiar with the document was quoted in the Sunday Times as saying:

It will be absolutely brutal for Straw.

It is believed that he had already committed troops to George Bush’s war of aggression against Saddam Hussein long before intelligence was presented or debates held in the Commons.

He has been accused of twisting the facts to fit his narrative, and in many cases telling outright lies.

Last year on CNN he gave a ‘partial’ apology, one that will come as little comfort to those whose lives have been devastated by his adventurism.

I can say that I apologise for the fact that the intelligence I received was wrong. I also apologise for some of the mistakes in planning, and certainly, our mistake in our understanding of what would happen once you removed the regime.

Will the culprits stand trial?

Jeremy Corbyn has previously said that Blair should stand trial for war crimes, and this week confirmed that he stands by what he said during the Labour leadership competition:

Alex Salmond, foreign affairs spokesperson for the SNP was opposed to the invasion and 2003 and said:

If it turns out that it wasn’t just a question of him misleading himself and then misleading the public, but a question of a deliberate pre-commitment which resulted in a campaign of fabrication and presentation, then you would want that sort of action to be held to proper account in terms of the International Criminal Court statutes on wars of aggression,

What difference will it make?

To hold these leaders to account for a war that was unnecessary, illegal and illogical, could pave the way for a new era of accountability in British politics, where statespersons who lie can be assured it will eventually come back to haunt them.

An admission that it is largely unjustifiable wars of Western aggression that have led to the destabilisation of the Middle East could also influence the attitude to ongoing conflicts.

For an entire generation, the lack of response to the outcry against the invasion was a sign that the government was simply not prepared to listen to the people. It appeared as if Tony Blair and George Bush had made up their minds without recourse to democratic will or even basic facts. The publication of the Chilcot inquiry and a speedy trial of the culprits could show that everyone, no-matter how powerful, is accountable, and a safer, saner world may be the long hoped for consequence.

Image via wikimedia, wikimedia and wikimedia.