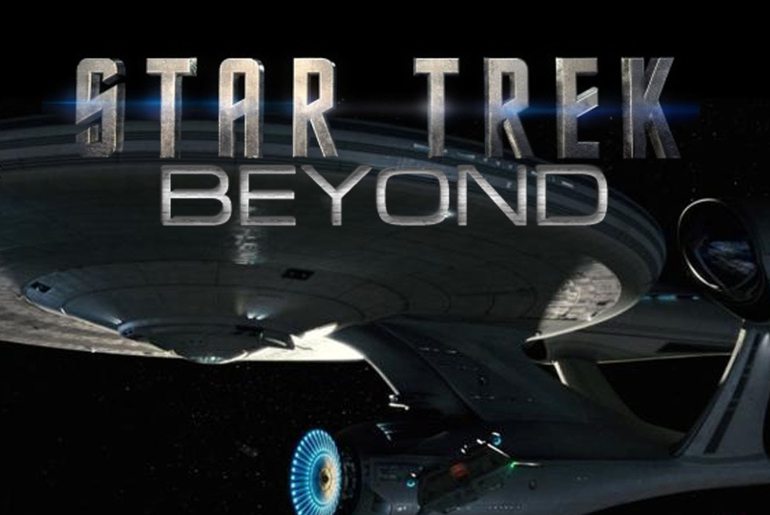 A Klingon Bird of Prey battlecruiser has just decloaked off the starboard bow and attacked you unprovoked with withering fire from its particle beam weapons. The shields are beginning to fail and the Enterprise’s phaser blasts just aren’t cutting it against the Klingon ship’s defences. As Captain of the U.S.S. Enterprise you know what you have to do, “FIRE PHOTON TORPEDOES!”

These heavy weapons of the future Star Trek universe are maybe one step closer to reality. A team of physics students from the University of Leicester have calculated a way to potentially build the photon torpedoes from Star Trek.

Their work has led them to believe that a photon torpedo warhead would have to be made from lead, uranium or some other heavy metal as they are the only material with enough protons present to sustain the chain reaction needed to produce the explosive force.

The students’ findings are presented in the Journal of Physics Special Topics, a peer-reviewed student Journal published by the Universities Department of Physics and Astronomy. The group suggested, after a thorough analysis of Star Trek, that a plausible explanation for the explosive force of the torpedoes was that an annihilation reaction took place within the torpedoes warhead. This reaction occurs when anti-matter (positrons) and matter (electrons) collide with each other.

One thing the prospective physicists from Sheffield didn’t work out was how to produce photon torpedoes out of thin air. Something that the Star Trek: Voyager crew appear to have managed, when they are transported to the other side of the galaxy far from any Federation resupply.

A Trekkie, with maybe way too much time on his hands, noted that Voyager had 38 (irreplaceable) photon torpedoes when they were stranded. He then compiled a video showing all the times that photon torpedoes were fired during Voyager’s journey; they fired a lot more than 38.

The team predict that if the torpedo initiator (similar to a detonator in a conventional explosive) was powerful enough, it would create an electromagnetic chain reaction. The high energy particles produced by the initiator would start to produce anti-matter/matter pairs when interacting with the atoms of the heavy metal in the warhead.

The pairs generated are highly energetic and produce more anti-matter/matter pairs as they collide with the atoms of the heavy metal present in the warhead. This process would continue until there were nonillion (10 to the power 30) pairs, which is equal to a mass of 3 kg. When the pairs reach this number, in a confined space, they tend to collide with each other in an annihilation reaction, to produce photons resulting, theoretically, in the explosions seen with Star Trek photon torpedoes.

Lead and Uranium have 82 and 92 protons respectively and so these material were chosen as the best material for the photon warhead as they were well over the threshold of 26 protons.

But, just as Leonardo da Vinci’s design for a helicopter was way ahead of the technology needed to make it, so is the design for this photon torpedo. The problem is that an initiator powerful enough does not exist yet; which will stop any budding terrorists making use of this plan.

The team suggest that in the future, controlled Gamma ray bursts or extreme high energy free electron lasers could be used. And who knows, this team could possibly go on to discover this future in their upcoming careers in physics research.

If you do go watching Star Trek: Beyond, which is released in cinemas today, there are sure to be some photon torpedoes fired; at least now you have a theory of how they might work.