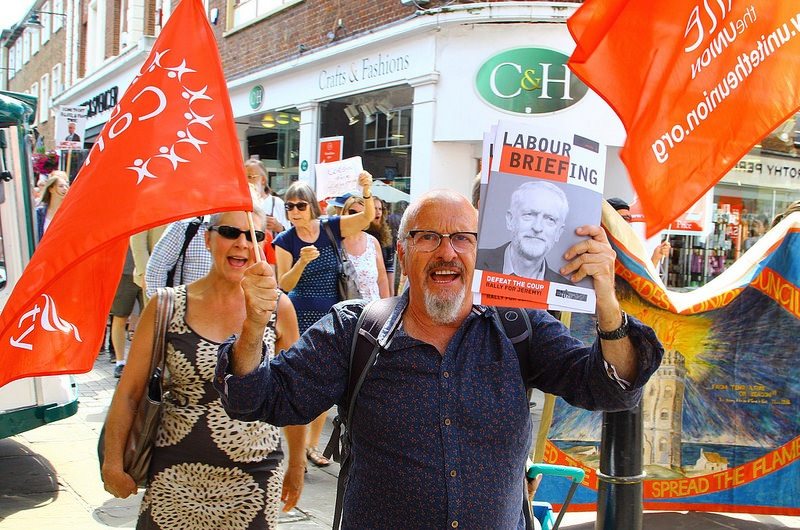 The Labour party is facing legal proceedings against its decision to ban new members from voting in the upcoming leadership election. The development could lead to a reversal of the party’s controversial ruling, and ensure almost all members have a say over who will be the next Labour party leader.

The battle, it seems, is now well and truly on.

On 12 July the Labour party’s National Executive Commitee (NEC) ruled that any member who joined after 12 January will not be eligible to vote in the Jeremy Corbyn vs Owen Smith leadership contest. But the decision was quickly disputed by members who joined after the newly created deadline, as they were informed upon signing up that:

As a member, you’ll be a key part of the team. You’ll be eligible to vote in leadership elections.

Now, the dispute has been formally taken up by Harrison Grant Solicitors. The legal firm confirmed it has:

issued proceedings against the Labour Party on behalf of a number of new members who have been denied the opportunity to vote in the forthcoming leadership election.

The NEC tabled two potential freeze dates for voter eligibility: 6 months or 23 June. The commitee chose the 6 month cut off, alleging that “people usually have to be a Labour Party member of at least six months in order to vote in our selections”.

But, the ‘usual’ decision was widely condemned, including by the party’s leader. On 17 July Corbyn told The Mirror he was “very concerned” about the move, and hinted at a potential legal challenge.

The freeze date also applies to supporters of the Labour party who have signed up through unions. Manuel Cortes, general secretary of the TSSA union, commented:

If this decision is not overturned, it may well take a legal ruling to end the disenfranchisement of our members.

Now the courts will decide whether the ban is legitimate and lawful. But if it rules in the claimants’ favour, well over 100,000 members will get to add their voices in the leadership election.

The NEC is not the only Labour faction facing a challenge. The Herald has recently reported that Saving Labour, the anti-Corbyn campaign group, may face an investigation into its funding by the Electoral Commission.

The new group, made up of “concerned citizens, Labour voters, loyal Labour members and trade unionists”, has been plagued with controversy since its inception. As a group that is attempting to overturn the democratic mandate Corbyn received from voters at the last leadership election, it has come under fire for its key message, “Save Democracy“. It has also been implicated in a potentially illegal data-mining scandal, in order to shore up support for the anyone-but-Corbyn drive.

Now, according to The Herald, senior Labour officials, including UK campaigns and elections chair Jon Trickett, are urging the Electoral Commission to look into Saving Labour’s financial affairs. Trickett said:

We have to know who is behind it as it’s sprung up overnight. Is it an organisation that’s open to all party members or can anyone join and how is it funded? These are all questions that need to be answered.

There is a regulatory body and if an anonymous group is seeking to influence the party’s business and who leads it they should consider this. They should look at it.

Momentum, a pro-Corbyn campaign group, has already been the subject of an investigation by the Electoral Commission following Labour MP Emma Reynolds’ call for a probe into it’s funding. The regulator found no “credible evidence” of financial wrongdoing as a result of its investigation.

So, the raging Labour battle continues, and now it will be played out in the courtroom and the offices of the electoral regulator. Rightly, the decisions and actions of those with influence and power will be subjected to the checks and balances our society has in place.

Within a democracy, they deserve no less.

If you would like to pledge support for the Labour members fighting for their right to vote, you can do so here.

Read our other articles on the Labour Leadership election.