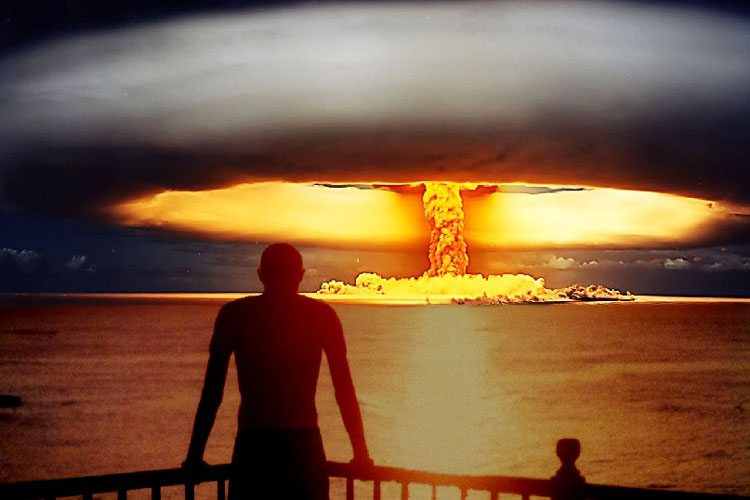 An article about populism is making an impact with its grim prediction of what’s next for Europe in a post-Brexit, President Trump-led world. The 10-minute read by Tobias Stone, titled History tells us what will happen next with Brexit & Trump, goes as far as predicting a nuclear attack. There are huge problems with this article, but it also makes a very important observation.

The piece has been read by a huge number of people. But it has also received plenty of criticism for being alarmist, narrow-minded and incredibly speculative. The problem with Stone’s piece is not that it discusses nuclear warfare, but that it portrays a mainstream, narrow view of political struggle. The views he describes in his final paragraph are broadly left-wing: ideas of collective, co-operative, egalitarian, and peaceful leadership. Stone calls these the views of “liberal intellectuals”, which he later clarified to mean relatively affluent and inward-focused city-dwellers.

But by saying that history proves there’s ‘nothing the liberal intellectuals can do’ about the possible future he predicts, he ignores the fact that part of the problem is centrist ‘liberals’ and ‘intellectuals’ claiming ownership over movements and creating ‘change’.

Most radical movements that achieve real change are dominated not by liberals, but radicals, and not by intellectuals, but workers. Centrists – topical examples being Blairite MPs, and Hilary Clinton in the US – who use empty rhetoric around ‘progressive’, ‘realistic’ change, make huge contributions to maintaining the status quo. This, in turn, supports right-wing governments, and the military catastrophes that Stone proposes are so offensive to ‘liberal intellectuals’.

Stone’s article, as he admitted, is an opinion. It has major shortcomings – such as its whitewashing of the situation in Zimbabwe before Mugabe, and its reduction of the Brexit vote to “angry people winning a fight”. If it suffers from anything, it’s that it comes from a white, male, liberal intellectual – and therefore lacks the nuance that might have been granted it by the experience other quarters of society.

Those who want to see a really radical change in our future leadership not only need a better understanding of how successful movements happen, but also the complex power of creating your ‘message’.

Ironically, this is what the final paragraph to his piece discusses. It’s about the way that we include people by communicating, and it reflects an issue that is topical, crucial, complex, and not to be underestimated.

The people who see that open societies, being nice to other people, not being racist, not fighting wars, is a better way to live, they generally end up losing these fights. They don’t fight dirty. They are terrible at appealing to the populace. They are less violent, so end up in prisons, camps, and graves. We need to beware not to become divided (see: Labour party), we need to avoid getting lost in arguing through facts and logic, and counter the populist messages of passion and anger with our own similar messages. We need to understand and use social media. We need to harness a different fear.

There are powerful truths here. Both the power and the traps of populism and rhetoric need attention. And there are two very important factors in that.

Firstly, the need for peaceful, non-lobbied, radical and visionary leadership is acute, but the need for those leaders to be able to appeal to both uncertain and opposition-entrenched voters en masse is even more crucial.

You can’t please all of the people, all of the time, but you can understand the way that ‘the game’ works and use it to your advantage while both undermining it, and keeping your integrity. This has been attempted recently by the Corbyn camp, and also by his ‘US equivalent’ Bernie Sanders.

In both men‘s leadership campaigns, it was said that they have ‘changed the political narrative’ just by making their radical politics visible to voters. Corbyn has been genuinely successful at running a populist campaign despite the odds against him; however, some of the criticism leveled at him stems from the fact that he and his team have yet to fully raise the game.

Secondly, then, those who want to raise the game need to understand why and how populist rhetoric works so well in the public consciousness, and then go above and beyond it. Unfortunately, it is not enough simply to give rousing speeches or be a decent individual. Progressive politicians need to paint a solid picture of the future for people, be able to back that up with detail on demand, and always display a solid demonstration of strength that is not simply about belligerence and/or military power.

It’s a fine balancing act, and ultimately requires almost superhuman abilities – or at least a projection of them – to not falter, or to be able to recover solidly from doing so. Unfortunately, whether or not a politician falters is not always entirely up to them, but a cocktail of political underpinnings such as media reporting, financial backing and relationship maintenance. Corbyn’s campaign is having to plough new channels on all three, because normal channels were closed off by an unyielding establishment.

Ultimately, though, it is not simply politicians who need to ‘harness’ a persuasive and dynamic approach to political activity. It’s also a job for the public – because that’s where the future political candidates will come from. This will require efforts in self-education, and clarity around united political movements. Not only for those visible at the forefront, but also amongst behind-the-scenes teams, to carry considered and visionary messages to national stages.

If we can listen past the article’s shortcomings, the overall message about progressive populism stands. Ironically, the point about the complexities and powers of ‘message’ that the article gets spot on, is also something that it fails to stand up to itself.

Ultimately, what it cannot give is a definite answer about how to harness that ‘different fear’ without a resulting empty and dangerous rhetoric that only matches the right-wing version. That is the movement that everyday workers, young idealists, old socialists, and new recruits are building today.

Use FullFact to fact-check political issues.

Read Canary articles on the military and war.

For more information on recent tensions between Russia and NATO, see The Canary‘s previous article.