While the world plays PokemonGo for fun, Palestinians are playing for their lives [TWEETS] - Canary 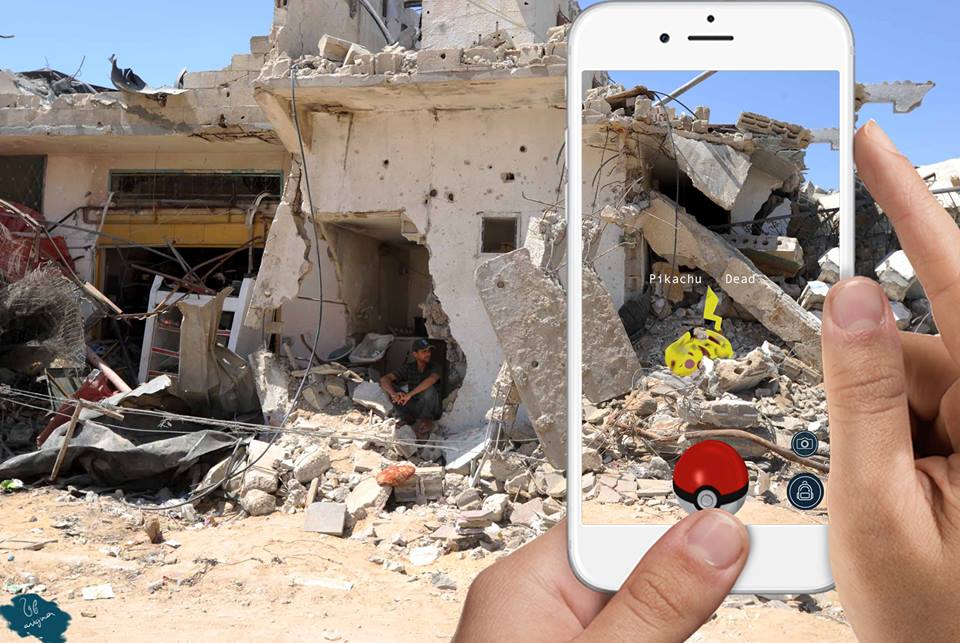 Palestinians and their sympathisers are flooding Twitter with edited photographs and pictures of how it looks like to play Pokémon Go, the new Nintendo augmented reality game that is trending worldwide, in occupied Palestine. And what they show doesn’t look nice.

The craze surrounding Pokémon Go has caused many incidents around the globe. The game has been criticised for using locations such as cemeteries and memorials, as well as for prompting private property trespassing and negligent driving. But these problems pale in comparison to what Palestinians face every day – with or without the game.

Hunting Pokémons can be difficult when they sit across the West Bank illegal wall or behind Israel military forces:

The game is also being used to denounce the struggles that Syrian children face:

Syrian children is holding photos for #PokemonGO asking people to rescue them. pic.twitter.com/RgMVHTTYVO

#PrayForSyria
I am from #Syria come to save me!!! pic.twitter.com/lRbSlGsWrB

Hopefully, the images will shake some consciences and raise awareness of the dramatic situation that war and illegal occupation has brought upon innocent civilians.