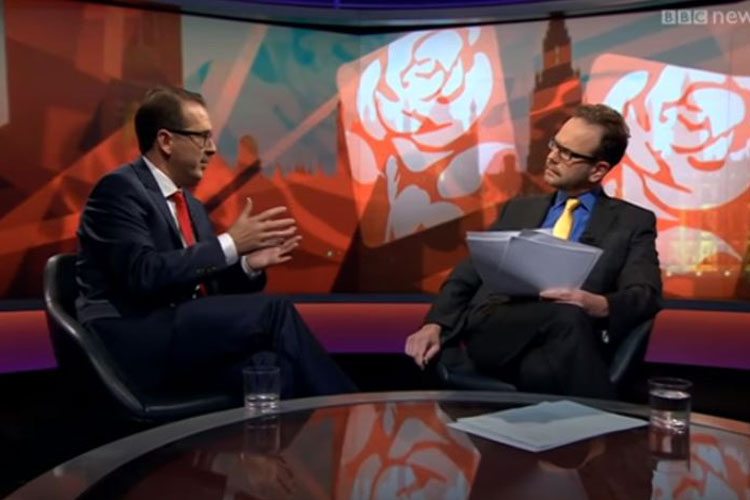 Rotherham MP Sarah Champion has offered Corbyn a letter of ‘unresignation‘. She quit the shadow cabinet in June, giving up her position as the shadow Home Office minister for preventing abuse and domestic violence, during the exodus of MPs from Labour’s front bench. But after a change of heart, she has been accepted back into the Labour leadership team.

Labour party spokespeople, and the mainstream media after them, have speculated whether this could trigger a domino effect amongst shadow cabinet members, turning into a ‘deshuffle‘.

At the time, Champion said:

I have just stepped down from my shadow minister job, but not my responsibilities to my constituents, party or victims of abuse.

Her reasons for stepping down were to do with her feelings about Corbyn’s leadership, but she didn’t consider herself part of the coup:

I can assure you I've not joined any coup, just think Jeremys position is no longer tenable if we're to be effective https://t.co/EiNhp2KH14

When asked to discuss what BBC assistant political editor Norman Smith called the “extraordinary development”, however, Corbyn’s leadership challenger Owen Smith was determined to make out that he was not bothered.

Newsnight‘s James O’Brien pointed out that the no-confidence of Labour MPs in Corbyn and their “desertion” from his shadow cabinet had been Smith’s “ace in the hole”, and that Champion’s return signaled a “crack in the facade” of Smith’s campaign.

But in his own ‘extraordinary development’, Smith immediately tried to downplay the event by saying:

Sarah’s a friend and she’s a great MP, but to be honest, James, we’ve gone beyond MPs now haven’t we, it’s…the MPs are rather irrelevant

He went on to try and gloss over the significance of the ‘unresignation’ saying, while discussing the breaking story on Newsnight:

In reality, Sarah going back in isn’t much of a story, either way

It wasn’t long before social media lit up Smith’s u-turn. For weeks, Labour party members have been told by Labour coup MPs that their views are subservient to those of the party’s MPs. Now, with MPs beginning to the Corbyn team, it appears it is simply anyone who aligns themselves with Corbyn who is, from point of view of the plotters ‘irrelevant’.

Whaaaaaaatttttt???? Sure mate and ignorance us strength. Treated members with contempt for months now a turnaround. https://t.co/HFSwiDOkmn

Asked to distinguish the policy differences between himself and Jeremy Corbyn, Smith defined them as patriotism, a tougher stance on immigration, and his support for nuclear weapons. Or as one Twitter user summarised it:

Strangely though, this mornings papers had taken a somewhat different line on events. Yet again, a positive story for the Corbyn camp has been the transformed into another smear. By morning, an unidentified Labour source tried to spin Champion’s return to the front benches as evidence of incompetence, via Paul Waugh of the Huffington Post:

.@SarahChampionMP sent her 'unresignation' email to JC on Thursday. Took a full 5 days for his team to find it, one party source says.

Waugh then had to clarify:

Another reason for delay: Corbyn's office wanted to speak to @SarahChampionMP in person first to make sure she'd received the emailed reply

There’s hardly time to keep up with the constant combat. As noted in Smith’s Newsnight interview, we now have only three weeks to go until voting begins in the Labour leadership contest. But with the coup MPs promising an annual repeat until or unless Corbyn resigns, it’s hard to see how Labour can continue without removing those who would rather see the party lose, than win with Corbyn as leader.