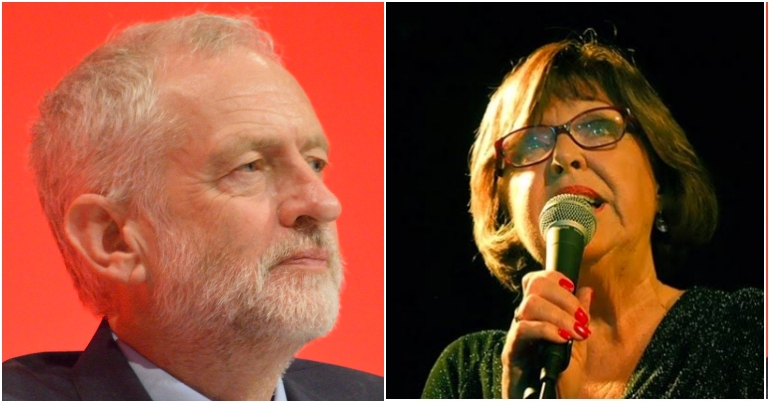 The Independent Press Standards Organisation (IPSO) has upheld six breaches of its Editorial Code for accuracy against the Jewish Chronicle (JC). IPSO also criticised the JC’s conduct during the investigation calling it “unacceptable”. As a result, on 29 November it had to publish the extensive findings online and in print.

Audrey White brought the complaint against the JC following a series of four articles published in February and March 2019. The articles made a number of accusations against White, including saying she’d lied to join the Labour Party and that she’d fabricated a story about a councillor under investigation for a hate crime. The articles also alleged that “activists” bullied Louise Ellman, former MP of Liverpool Riverside. Ellman resigned and left the Labour Party in October. issuing widely-publicised criticisms of Jeremy Corbyn.

White told The Canary that she feels these stories were part of a wider campaign to undermine the Labour leader. She also said the stories contained “smears and falsehoods” against herself and other Labour members in Liverpool.

“A litany of lies and falsehoods”

Between February and March, the JC published four stories written by Lee Harpin:

White described these articles as “a litany of lies and falsehoods”. It appears IPSO agreed as the regulator found six breaches of its code on accuracy.

In its report, IPSO also ‘expressed significant concern’ about the way JC handled the complaint:

The newspaper had failed, on a number of occasions, to answer questions put to it by IPSO and it was regrettable the newspaper’s responses had been delayed. The Committee considered that the publication’s conduct during IPSO’s investigation was unacceptable. The Committee’s concerns have been drawn to the attention of IPSO’s Standards department.

Exposes the fact that there was a… plot to paint a story that is completely untrue and unfounded that Ellman was somehow bullied out of the Labour Party, particularly by me, and other members of our constituency. IPSO has determined having looked at the evidence that isn’t the case.

And she described the personal impact these stories have had on her:

I’ve had people calling me “Jew hater” on social media. That’s incredibly upsetting. I’m 68 years of age and all I’ve ever done is fight against bullying and harassment, especially towards women. I’m well known for this in the Labour movement. So to be accused of being a bully is incredibly upsetting.

But above all else, White is worried about the impact of these articles on Corbyn. As she stressed:

At the end of the day, Corbyn has fought all of his life against racism and antisemitism. So I think it’s absolutely been used as a political weapon and exaggerated out of all proportion by people who are politically opposed to his ideas. Our discussions with Ellman in our constituency have always been about politics and process… never about anyone’s religion.

I do think that this story exposes the fact that this may have happened to other people. And the idea that antisemitism is a real problem in Labour and that it’s institutional is absolute nonsense. Obviously, there is some antisemitism in every political party….but the percentage, unacceptable even as that might be, is incredibly low.

Others “fed the smears”

White is a member of the Merseyside Pensioners Association (MPA). It condemned these “personal attacks” in a press release. MPA said the organisation “has itself been a target of the Jewish Chronicle“. MPA also noted that:

Malcolm Kennedy ex-Lord Mayor of Liverpool also fed the smears by ludicrously comparing one Labour constituency meeting to a ‘Soviet show trial’ — audio recordings of the event found that this too was “significantly misleading” and that constituency meetings were not “rowdy” as characterised by the paper.

MPA also made its commitment to tackling all racism clear:

Tragically anti-Semitism continues to exist across society (as well as all major political parties) and politically motivated misreporting of this nature undermines serious efforts to tackle racism in all its forms.

The adjudication… exposes the divisive and politically-motivated tactics being used by certain areas of the press and Labour Party to promote the impression that Louise Ellman MP was ‘bullied‘ out of the Labour Party by local activists. Not only does irresponsible journalism like this smear innocent people, it creates division within our communities and tarnishes the reputation of our city (Liverpool) — a city all-too-familiar with the willingness of powerful and unaccountable newspapers to slur ordinary people (without reply).

White has a long track record of standing up against harassment and bullying. TUC leader Frances O’Grady nominated her as one of BBC Radio 4’s ‘100 most influential women of the century’ in 2017. This was for her work defending women from sexual abuse in the workplace. She said, “I’ve always been outspoken against injustice”.

White said she and others would continue to challenge “racism in Corbyn’s party because that’s the sort of party we are”. And MPA issued a call to:

suspen[d]…these kind of politically motivated press-smears against Labour activists, as we fight an election for the Corbyn-led Labour government our country needs.

The Canary contacted the JC and Ellman for comment but received no reply at the time of publication.

Featured images via Audrey White (with permission) and Rwendland/Wikimedia