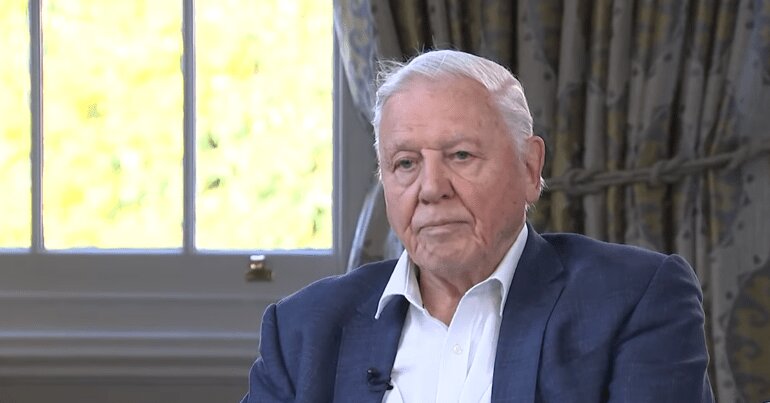 The BBC seems to be ignoring the views of the broadcaster’s most high-profile voice – David Attenborough.

I think that is shameful.

That rings true given Johnson has dodged more than the Emergency On Planet Earth climate debate. For instance, he also pulled out of a Channel 4 head-to-head debate against Jeremy Corbyn and wouldn’t agree to an interview with the BBC‘s Andrew Neil.

Attenborough on the Tory climate record

In the interview, Attenborough also said that the oncoming climate catastrophe will lead to:

Attenborough, who has presented many BBC documentaries on our natural world, also said:

I’m surprised this government also hasn’t said as much as it should about what is happening and what is improving. And giving us something to convince us that they are taking it seriously.

In fact, the Conservatives have already U-turned on their fracking ‘halt’. Johnson has actually left the door open to more fracking in the future, despite warnings from scientists that we have just a decade to solve the crisis. Lib Dem leader Jo Swinson also has a shaky record on parliamentary climate votes and took thousands of pounds from a fracking boss.

By contrast, Labour is offering a Green lndustrial Revolution – to deliver nationwide clean energy, bring about net-zero emissions, boost the economy, and create thousands of jobs. In the Channel 4 debate, Corbyn said: 29:05

We can generate electricity from solar, wave, and wind. We don’t have to destroy our countryside with fracking. We don’t have to go on in this way. But it does mean a determination. And that’s why our manifesto… sets out a very large green transformation fund, which will allow that investment

And what’s important is that Labour leader Corbyn’s longstanding record suggests he will deliver. Unlike the Conservatives and Lib Dems, Corbyn has received zero gifts or donations from the fossil fuel industry. He also voted for green solutions in 12 out of 13 parliamentary votes that the Guardian analysed.

We currently have disastrous flooding in Europe and wildfires in California and Australia as a result of oncoming climate catastrophe that Attenborough is warning about. Only a nationwide transformational programme can lead the world in stopping climate breakdown. And it’s very unfortunate the BBC isn’t informing people about this.

Your vote on 12 December couldn’t be more important.