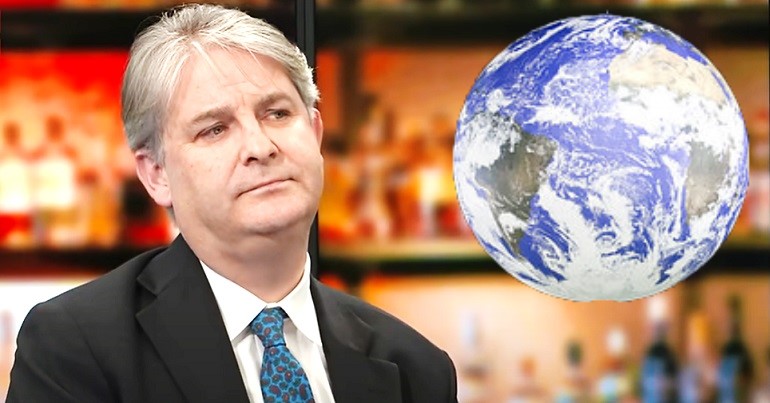 A Tory MP’s emails to a constituent have exposed not only his contempt for the public but also – seemingly – his own government. Because in the midst of COP26, he called people backing the global Net Zero target as living in “cloud cuckoo land”. And he also said his constituent was “winner of the Woke Award 2021” – because she called out his dire thoughts on the climate catastrophe.

Helen lives in Shipley, and her MP is Tory Philip Davies. She emailed him via a World Wildlife Foundation (WWF) template, asking him to attend a debate in parliament on 21 October. Helen’s email also asked Davies, among other things, to:

Write to the Prime Minister, asking him to publish a detailed and credible net-zero strategy showing, step-by-step, how we will decarbonise every sector of the UK. 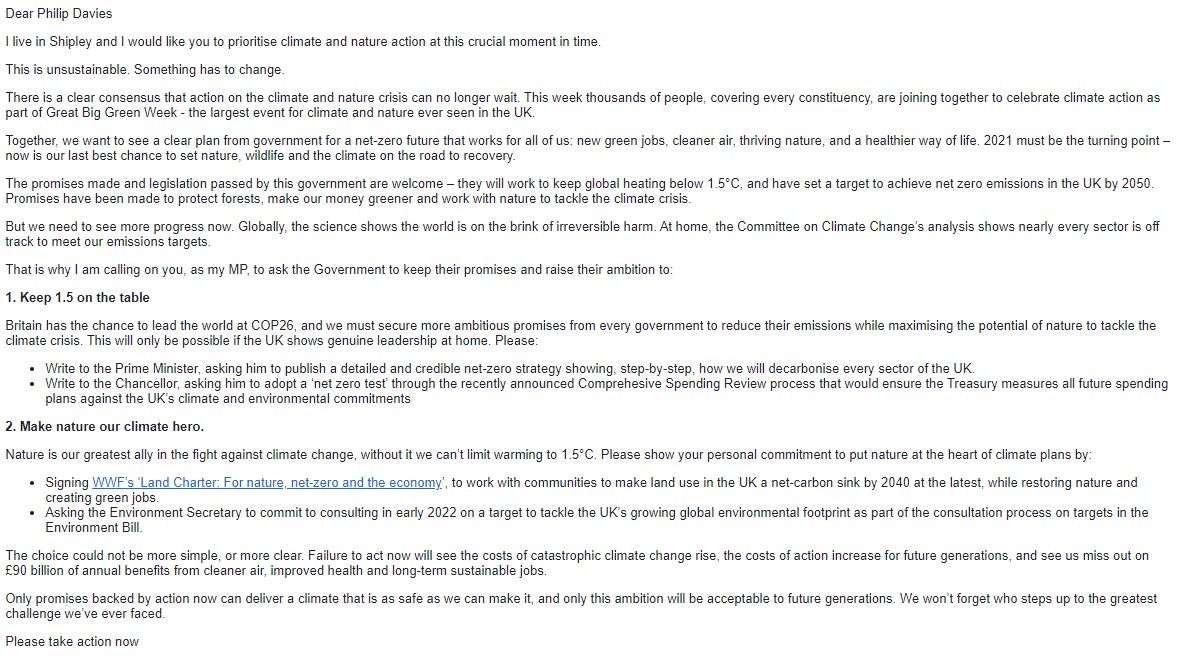 Davies’ response to Helen was interesting to say the least.

He started off by saying:

I am afraid that I don’t agree with you about this.

Davies went on to say that the UK reaching Net Zero would essentially be pointless, because:

countries like China, India and emerging economies in Africa are going to be increasing their carbon emissions each year by more than our entire total.

Of course, as Novara Media wrote, this isn’t strictly the whole picture. China, for example, is forecasting its emissions will increase. But bear in mind that due to its population size, its emissions per head is actually lower than the US, Canada and Australia – who emit twice as much. Not that Davies appeared to see that nuance. As he wrote to Helen, it will cost the UK £1tn to reach Net Zero. He thinks that:

It is always striking how coy people are about admitting what the total cost of these actions will be and who will be paying for it.

And Davies thinks that anyone who believes all countries will take measures to reach Net Zero:

are in cloud cuckoo land.

Davies’ response left Helen unimpressed. She replied, saying his response was “patronising, dismissive and casually racist”. Helen wrote that she thought Davies was implying the UK should:

sit on our pile of money and point the finger somewhere else.

So, Davies responded. And he didn’t hold back in his disdain for Helen and her views. He said:

The Canary asked Davies for comment. We wanted to know:

Davies had not responded at the time of publication.

Managing to show contempt for his own government is an achievement in itself. But the contempt Davies also shows for Helen is palpable – and by default, for COP26 too.

The fact that an MP can be so dismissive and rude to a constituent says a lot. But moreover, his attitude towards the climate crisis is appalling. The richest people’s wilful destruction of our planet will affect people in the Global South far more than many of us in the wealthiest nations. Yet Davies shows little concern for them – just for the UK’s economy.

No wonder the planet is in such a mess when people like him are in power.