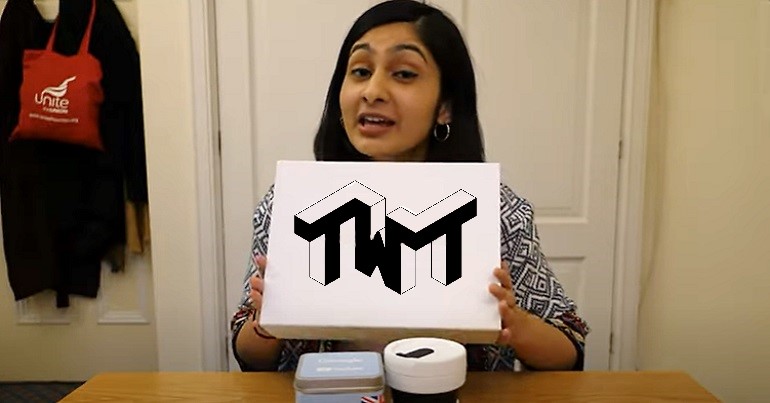 Labour MP Zarah Sultana has said that society and the world needs “transformative solutions”. Her comments come ahead of an alternative conference to the Labour Party’s main one. It’s set to be one that will put the socialist cat among Keir Starmer’s pigeons.

Labour group Momentum and others launched The World Transformed (TWT) in 2016. It took place alongside the Labour Party conference in Liverpool. More than 5,000 people attended over 150 workshops, talks, gigs, and exhibitions. It was the largest fringe event at the 2016 conference. As The Canary‘s former editor-at-large Kerry-Anne Mendoza wrote at the time:

there were real, tangible, workable solutions to the problems being faced by Britain and the world… about increasing democracy, empowering people to help themselves, and working together to face our challenges head on. No tinkering, no bailouts, no old-fashioned tax and spend. All delivered in a common-sense language that the diverse attendees… could understand and engage with powerfully. The World Transformed 2016 felt like a Labour Party conference should feel: a friendly open space where people create a world that works for everyone.

Since then, TWT has happened each year. It’s become a festival of politics, art, and music. Because of the coronavirus (Covid-19) pandemic, in 2020 the TWT was a virtual event. But it’s back, live, in 2021. And it looks set to be huge.

The festival is once again taking place alongside the Labour Conference. It’s happening in Brighton from 25-28 September. TWT said in a press release that it:

is set to welcome participants to over 100 sessions which will address a suite of critical topics – from the future of the Labour Party to the response to the climate crisis.

In short, TWT is trying to build on the movement that was formed under Jeremy Corbyn’s Labour leadership. It said in a press release that it’s ‘returning to revive the UK left’. This is, of course, against a backdrop of Keir Starmer’s leadership purging left-wing voices and groups from the Labour Party. So, as TWT said:

“Building Power from the Ground Up” is the title for this year’s festival. Organisers are seeking to channel the energy that emerged under Corbyn’s leadership, by creating a space for activists from across the trade union movement, Labour left and social movements such as Black Lives Matter, Kill The Bill and renter unions to share ideas and strategies. Organisers also intend for the festival to be a welcoming space for a new generation of young activists who supported Jeremy Corbyn’s leadership, but are becoming increasingly alienated by Keir Starmer’s Labour Party.

Corbyn himself is speaking at several TWT events. And the list of other speakers includes various Labour MPs and politicians:

Additionally, activists, academics, and political commentators will be speaking:

Sultana said of this year’s TWT:

Whether it’s deepening inequalities, racial injustice or climate breakdown – the major issues facing our society and our world today require nothing less than bold, transformative solutions. Every year The World Transformed provides a crucial space for activists from across the UK and beyond to discuss and debate socialist ideas, learn new skills and collectively shape the future of our movement. I’m looking forward to being part of the conversation at this year’s festival.

There are numerous events taking place. Some of these include:

Organisers said that TWT will “have a strong emphasis” on the climate crisis. Not least because Scotland is hosting the 26th UN Climate Change Conference of the Parties (COP26) this year. But TWT is also very much focusing on the Labour Party too.

As it said in a press release:

with Keir Starmer moving away from his leadership pledges, the festival will be an opportunity for activists to engage with key strategic debates such as ‘do socialists need their own party?’ and ‘how should the left engage with the Labour leadership?’.

Many on the left voted for Starmer after the 2019 election defeat due to a narrative of electability, and his ten pledges. Since then, his leadership has declined in the polls, he’s reneged on the policies many elected him for, and he’s launched attacks on socialists. At Labour Party Conference in September, Starmer will be in Brighton to attempt yet another ‘rebranding’. We will be in Brighton to organise the future of British politics.

An antidote to Labour?

So TWT 2021 looks set to be an antidote to Labour’s current anti-socialist trajectory. It will be interesting to see how the centre-right of the party deals with TWT. As the Independent noted, Corbyn’s appearance at the festival could be a “headache” for Starmer. Moreover, the fact that a handful of current Labour MPs are speaking at TWT also puts the cat among the pigeons.

What’s interesting is that TWT is openly promoting the debate around whether socialists need to abandon Labour for something new. With Corbyn’s Peace and Justice Project an official partner, it will raise the issue once more of a possible breakaway party. Because many people have been calling for it in the wake of Labour removing the whip from Corbyn.

TWT will ultimately platform ideas and hold conversations on 25-28 September that may well be absent elsewhere in Brighton. As Mendoza said in 2016, the TWT is the “real” Labour Party conference. And it looks set to be the same in 2021.

Featured image via Double Down News – YouTube and The World Transformed