When someone spends 10 years in prison for stealing a phone, you know our justice system is broken - Canary 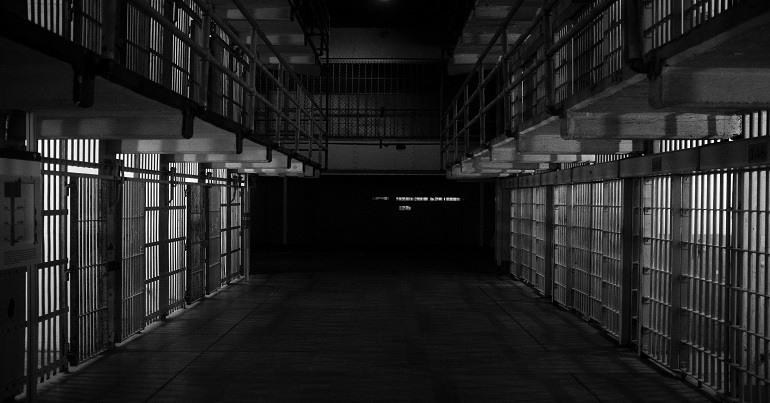 Former Labour home secretary David Blunkett introduced Imprisonment for Public Protection (IPP) sentences in 2005. An IPP sentence is when the courts send you to prison for a minimum time period with no definitive release date. A parole board then later decides that date. And while IPPs were scrapped in 2012, it wasn’t retrospectively applied. This means people already in prison under an IPP remain inside, or within the justice system, until some unspecified date in the future.

In 2014, Blunkett said he regretted introducing IPPs and Labour “got the implementation wrong”. United Group for Reform of IPP (UNGRIPP) claims that “8,711 people in England & Wales” received an IPP sentence between 2005 and 2013. Government data shows there were still 1,722 people in prison without any clear release date as of 30 June 2021. According to UNGRIPP, however, the figure is much higher. It told The Canary:

There are 1,722 unreleased, 96% of them are over tariff. Many by 10 or more years. 1,332 are in recall. That takes the total IPP prison population to 3,054 and this discounts the 245 who are in secure hospitals due to the impact of the sentence on their mental health.

Campaigners, loved ones, and people inside prison under an IPP also spoke to The Canary. And while none of those we spoke to disputed their guilt, they believe their never-ending imprisonment is an “injustice”. They spoke about the living hell they’re experiencing as a result of an inhumane system of imprisonment.

The current situation with IPPs

UNGRIPP wants the IPP system to radically change so the person in prison gets clarity on the duration of their sentence and a definitive release date. Currently, they’re working on submissions to the Justice Select Committee. According to the committee, IPPs:

were designed to ensure that dangerous violent and sexual offenders stayed in custody for as long as they presented a risk to society.

Yet none of the people The Canary spoke to were convicted of any such crime. In fact, one man was convicted of stealing a mobile phone. Once a person serves the mandatory sentence in prison, they remain inside:

until the Parole Board determines that the person has reduced their risk enough to be safely released (generally by rehabilitative activities) followed by a life licence in the community from which they may be recalled to prison if they breach their licence or reoffend. Ten years after their initial release, IPP prisoners can apply to have their licence terminated.

So they could remain in prison and the justice system indefinitely.

Ash Ellis has been imprisoned on an IPP. He told The Canary he wants “to see change and justice”. Ellis says he currently suffers:

with severe anxiety and depression due to being labelled and stigmatised as an IPP.

From the age of two until 18, Ellis grew up in care. He said he had done well at school but when:

I left care I didn’t get any support and was homeless which resulted in me threatening a man and his mate in a street robbery.

Since then he says:

I am newly released and I was originally released in 2016 after serving 10 years of a 22 month sentence. Since my release I have been recalled 4 times and seem to be going around in circles with it.

I have been recalled 4 times due to me panicking about recall and not returning to curfew. I have also been recalled twice for allegations which have not been proven… I’m told I have to go through a process to get out which takes 6 months, that’s how long the parole process is.

Since being in prison I reunited with my dad after 25 years at my murdered brother’s funeral which I had to cope with in prison. I have served longer than the person who stabbed my brother 22 times and so I feel a huge amount of injustice and so [too] does my dad and my other brother. It is unfortunate I know but the injustice is obviously [affecting] my mental health

16 years and no release date in sight

Shaun Thomas was originally sentenced to two years and eleven months, yet so far he’s served 16 years. He’s currently in a secure hospital. Because of Thomas’s speech impediment and deafness, he can’t complete the “rehabilitative activities” for the parole board.

Under the current system he’ll remain in prison until such time as he completes those courses. He says that during his entire time inside he’s only had one parole board hearing.

Another man who spoke to The Canary chose to remain anonymous. He said he was first sentenced in 2008 for just under two years, but he ultimately served four years. After being released, he was recalled two to three months later for “behavioural concerns”.

He was released again but recalled the following October following allegations made by another person. And while those allegations were dismissed in court, he still went to prison for two years and seven months because the probation service said he “had put himself in a predicament”. The parole board said he had to “stay inside and think about what I had done”.

But that wasn’t the end of it. He was recalled at least a further two times to serve nine months and six weeks respectively. Those last six weeks turned into “1,300 days”. He says he was then refused release by the parole board because it found that he:

had not been tested enough [to warrant release, so], you need to spend another 15 months in custody before we will reassess your suitability for release.

Just for stealing a phone

Clara White told us her brother Thomas has been inside for 10 years for stealing a phone. He originally received a two-year IPP sentence. During this entire time, he’s been sent to around 10-16 different prisons. He’s also spent a lot of time in segregation units. This has taken a toll on his mental health.

became the bible. He started to act out as a disciple. He grew his hair to his elbows and his beard…he draws stick men on the wall and he talks to the stick men and when he does go on some exercise he tells people he’s Jesus Christ.

She said the prison staff said he “was very unpredictable, nobody can go and see him”. But she said they refused to make any connections between his behaviour and the fact they’d kept him in segregation for so long. She said he didn’t have any mental health issues prior to going into prison. However, at the moment he suffers from psychosis, borderline personality disorder, and ADHD.

She said some of the prisons he went to didn’t have the necessary development courses he needed to show the parole board he “was fit for release”. She believes this was a significant contribution to his current length of incarceration. And in the prisons that did have the necessary courses, other prisoners got priority. His mother once went to visit her son in prison, and according to the sister she:

looked around that visiting room for ten minutes and she had to go and ask one of the prison officers, ‘can you tell me which one is my son?’ Because my brother was that unrecognisable not even his own mother recognised him. He’d grown his hair long to his elbows, a big long beard, he weighed about nine stone, he’d had hardly any natural sun, his skin was really pale. His own mother couldn’t find her own son in that visiting room.

She said her mother “has never been the same” since that visit.

A Ministry of Justice spokesperson told The Canary:

The number of IPP prisoners has fallen by two-thirds since 2012 – and is down 9% in the last year. We are helping those still in custody progress towards release, but as a judge deemed them to be a high risk to the public, the independent Parole Board must decide if they are safe to leave prison.

It also denied that IPP prisoners “need to complete a specific development course in order to be released”.

UNGRIPP is campaigning for a change to IPPs which includes clarity around release dates. It wants the burden of proof that the prisoner remains a “risk to society” to be placed on to the parole board, as opposed to the person in prison. It also wants the IPP sentence to end once the person leaves prison.

The resolve and solidarity of these campaigners in the face of such odds is an inspiration. If more people get behind this campaign, it could help them get what they want for their loved ones.