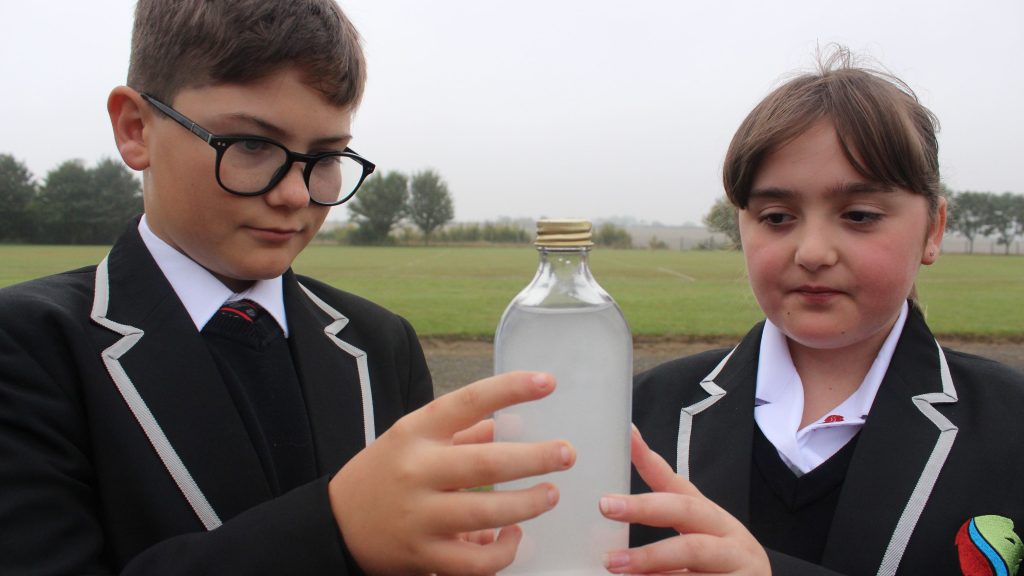 Science students have captured carbon dioxide in a bottle in a bid to raise awareness of climate change. This is ahead of next month’s COP26 UN climate change conference in Glasgow. Pupils at Stamford Welland Academy in Lincolnshire have invited COP26 President Alok Sharma to receive the bottle, in the hope that it can sit on his table throughout the conference.

The experiment, using everyday objects including drain cleaner, was engineered to show one of the ways that carbon dioxide can be recaptured directly from the air.

Our generation is often accused of jumping on the save-the-planet bandwagon whilst not having realistic solutions to the problem.

But we probably know more science than most of our parents.

Scientists believe that in order to meaningfully impact climate change, five to 10 billion tonnes of CO2 would need to be pulled out of the atmosphere every year over the next few decades – with the pupils’ tool one way to do so.

Professor Peter Styring, a leading researcher in carbon capture and a delegate at COP26, said:

Whilst carbon capture technology alone is not going to save us from the effects of climate change, it must be in the mix for reaching our carbon-zero target in the decades ahead.

The school’s head of science John Hickman said he is “thrilled” the pupils embraced the experiment, and that their efforts may be seen at COP26.