We need infrastructure to support each other for the long haul, not just through emergencies like coronavirus - The Canary 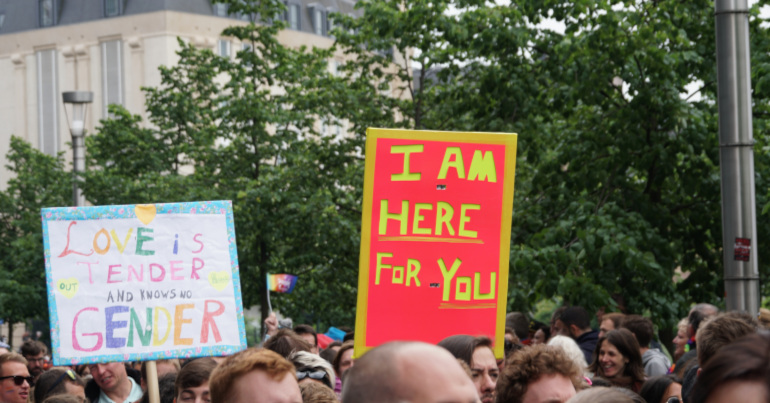 The UK has been experiencing its highest ever rates of coronavirus (Covid-19) infections in recent weeks. As communities brace themselves for another wave of the pandemic, it’s a good time to take a look back at the different grassroots initiatives that have been set up to help deal with the many crises caused by the virus.

When the coronavirus pandemic hit in 2020, thousands of grassroots groups were set up at a street level, aimed at supporting people through the lockdown. Solidarity funds were created to give people financial support, and community food cooperatives were set up around the UK.

For a short time, ‘mutual aid’ became a household buzzphrase.

Looking back, a lot of these emergency responses to the coronavirus pandemic were – let’s be honest – a flash in the pan. Short lived projects, which ran out of steam as the lockdowns went on. Others – such as Bristol’s BASE & Roses mutual aid food distribution project – have developed into longer term pieces of infrastructure.

The mutual aid groups that have proved the most resilient are those which were not – in fact – an emergency response to coronavirus but were intended as long term responses to the oppressive society we live in. Projects like Cooperation Kentish Town, Cooperation Birmingham, and UK Mutual Aid are all grassroots initiatives that existed before the pandemic but were able to respond effectively to the emergency situation posed by coronavirus.

Shoal Collective – a cooperative of radical writers that I’m part of – interviewed Ella about being part of a similar group, and about how she received support from the group during the pandemic.

‘Mutual aid is what will help us survive this government’

Shoal Collective asked Ella why the group was set up:

The group’s called Greater Manchester Mutual Aid and it’s run by disabled queers. It got set up when the Tories got in in December 2019, in the knowledge that with the Tories getting such a huge majority and continuing austerity measures, a lot of people were going to need support through mutual aid, particularly disabled people.

People can post requests and offers to the Facebook page. For example, people might ask for financial support if their benefits have been stopped, or for advice. Sometimes people need or offer practical support, other times it’s emotional. People also give away things they don’t need.

Often people who’ve been in a similar situation themselves will reply and say “I was in that situation and I did this”, or “have you tried this?”

So it’s a different feel to the newer more mainstream mutual aid groups because there is no division between the people offering support and those being supported.

I think it’s a very specific mutual aid group because it’s run by disabled people. So it’s a bit different from the ones that popped up around the [time of the] pandemic, which had a bit more of a charity feel. Don’t get me wrong, all of the help was needed. But I noticed a binary develop that either you were a ‘helper’ or you were receiving help, which felt disempowering to me as a disabled person.

More people seemed to engage as a ‘giver’ of help rather than a receiver. This worried me because many of them were probably vulnerable to Covid themselves. Those of us with conditions such as asthma or diabetes are not used to thinking of ourselves as disabled or in need of support. And in our ableist culture, it’s seen as a positive thing to help others, but we don’t feel comfortable asking for help.

Young disabled people are more used to thinking of ourselves in need of support but this isn’t a negative thing, and we also support each other. I think that’s why disabled people were really well placed at the start of the pandemic to coordinate support, because we had so much experience of it already.

Mutual aid in the pandemic

I had a part time job as a PA, a personal assistant, for someone who was extremely vulnerable, and my flatmate Dominique was a sex worker, so during the first lockdown neither of us were able to work. My employer, who was the person I did personal assistance for, was really nice, so I was still being paid. But of course Dominique wasn’t. I was able to access money through family and the benefits system to support us through those few months.

But when Ella and Dominique were due to return to work, the situation became more complex:

I reached out to someone in the mutual aid group who I knew slightly. They had mentioned in the group that they had a spare room and that they and their partner did office work from home. So I stayed there for a few months, which meant I was able to be with other people while still doing my job. Dominique found another flatmate and she was able to carry on doing her job. Both of our jobs are important to us, not just for our livelihoods but also our emotional well-being.

Ella felt that the UK government shouldn’t have allowed people like her and her flatmate to be put in that situation to begin with. According to Ella:

I’m still angry about the way we’ve all been treated during the pandemic by the government. Neither of us should have had to change our living situation.

The way the government didn’t accommodate marginalised people… it’s inhumane to expect disabled people to stay at home alone and not leave the house for an extended period of time. It’s also not practical because we live interdependent lives. Huge numbers of disabled people have personal assistants or carers and many of us have a lot of medical appointments. It’s really common for someone who is a PA or in a care role to be living with others who are doing public facing jobs, because they tend to be low paid and done by people from marginalised groups. It’s also common for disabled people to do sex work themselves, because it’s flexible work.

The epidemiologist Devi Sridhar said that keeping cases low in general through a better Test and Trace system would have been a better way of protecting people. For me that also means paying people properly when they need to self-isolate, and giving out good masks to everyone, like they did in some Asian countries where deaths were much lower.

Ella also pointed out that there was no furlough scheme for sex workers during the pandemic, and no priority for vaccination, despite the high risk they face from Covid.

Ella told us that she is still angry about the handling of the pandemic. She said:

We’re governed by these neoliberal extremists who are so loath to restrict business in any way that they’re willing to sacrifice 130,000 people [this figure has risen to 147,000 since the interview took place]. And that’s just the people we know have died from Covid. It doesn’t include all the people who died because they couldn’t get treated for other health conditions, or from suicide or interpersonal violence which increased during the lockdowns. The lockdowns were needed but they wouldn’t have been needed if the government had prepared properly and funded the health service properly to begin with.

It also annoys me that it’s divided people from different marginalised groups because we had different needs during the pandemic, but it didn’t have to be like that. And I think that was deliberate.

Both a disaster, and an opportunity to create something new

Ella felt that the mutual aid response to the coronavirus pandemic in the UK had been an opportunity for real radical change. According to Ella:

At the start of the pandemic, I was very scared and worried, but also excited, because I thought this is a moment we’re going to have real radical change. The public sector and capitalism is collapsing and the people are taking over. The idea of mutual aid suddenly became very mainstream.

Greater Manchester mutual aid gained a lot more followers when the pandemic started, but this has since petered out and gone back to a similar level to what it was before the pandemic. According to Ella:

Maybe the group has outlasted the pandemic because there’s more of a shared political affinity. There was already a prior commitment to mutual aid to survive the Tories. Mutual aid is a foundation of queer and disabled politics as well as anarcho communist politics. (Also read about the Black roots of mutual aid here)

I also heard about local councils sucking the life out of some Covid mutual aid groups, but there was no local government involvement in this group or anything like that. Involvement from the authorities can be off-putting for people who really need mutual aid such as sex workers and migrants.

Mutual aid is something we need to build long term

The interwoven crises caused by Covid 19 are not isolated emergencies, in fact our society is constantly in crisis. This crisis is caused by the dominant ideology of our society – which tells us that profit is more important than people, and that the only solution to our problems comes from Westminster.

We need to challenge this ideology, and create a new narrative that centres people, communities and the Earth instead of power and profit. Furthermore, we need to understand that – if we are not going to be powerless victims of capitalism’s never ending crises – we need to create resilient grassroots infrastructure that begins to address and meet the needs of our communities. Only then can we build our own autonomy, instead of relying on a state that is always going to fail us.

Tom Anderson is part of Shoal Collective, a cooperative producing writing for social justice and a world beyond capitalism.

This article is part of a series of interviews carried out by Shoal Collective about mutual aid responses to the coronavirus pandemic.