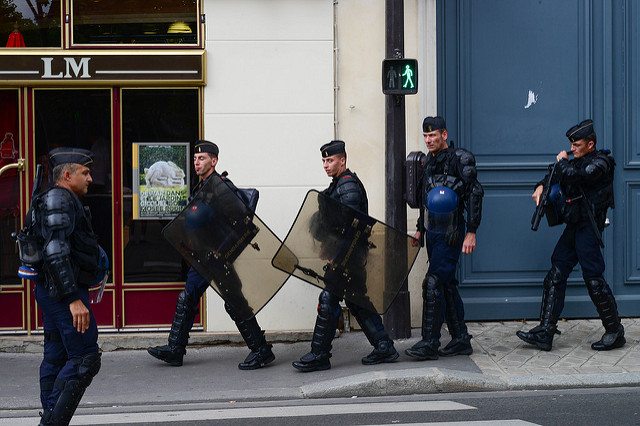 After 84 people have died in Nice, France, the French Security services are under criticism for being dysfunctional. Failure to address this and the social ruptures in the country will lead to increased violence.

The method of attack in Nice was unusual for one of a terrorist nature. The perpetrator was a one man army, using an accessible weapon: a vehicle.

He cited Arabic as police shot him dead to the ground and Islamic State (Isis/Daesh) supporters, while not being officially claimed as theirs, cheered it on social media. The reaction of course has drawn its own conclusions.

Approximately 14 hours after the event, the French President Francois Hollande confirmed that the state of emergency in France would be extended. He also said that French forces will be increasing strikes in Iraq and Syria, against Daesh.

There is a disconnect there – as well as no connection to Daesh, it seems the suspected individual (if rumours are true) was not even known to the security services.

It has raised a fresh round of questions as to how this happened and whether security precautions are fit for purpose. Many do not think so.

This is not the first time the response to a terror attack on French soil has come under scrutiny.

After the horrendous Paris attacks in November 2015, many believe, particularly those right of the centre of the political aisle, that the French security and intelligence apparatus needs a full overhaul.

A report released earlier this month uncovered a number of failings in the response to Paris.

One particular example referred to the interaction between different units on the scene. Both special police units and soldiers were deployed but when the former arrived unarmed, they asked the soldiers for rifles and were refused, with the latter insisting orders were not to shoot.

The report apparently lists a number of proposed changes, highlighting the dysfunctional system. The number of different rapid response units is reportedly part of the problem:

One of the report’s main proposals is to place all three of France’s armed rapid-response units under a single unified command. This would prevent the sort of situation that cropped up on November 13, when, according to the authors, two national anti-terrorism forces — the GIGN, linked to the gendarmerie; and the RAID, linked to the police — were left on the sidelines while the Paris-based BRI unit, not specialized in fighting terrorism, took on the Bataclan attackers.

Hollande has suggested that he will also use reserves to bolster existing security efforts now.

The giving away of tasks to more local agencies was also apparently a problem for the intelligence services – those with national competence for example had to concede to local forces, which can disrupt operations.

This incoherence around establishing lines of authority appears to be a concurrent theme and the prioritisation of restructuring is perhaps welcome.

A stronger response – and different

However, the dominant response after tragic incidents such as this is always to increase force – more, bigger, stronger.

This is providing France’s right leaning politicians plenty of ammo to fire their bullets.

Georges Fenech overseeing the mentioned report, said the attack was “predictable” and called for the need to act strongly and differently, while Henri Guaino MP said that rocket launchers would have stopped the attack.

Why is France targeted

France is the most affected country in the EU from attacks inspired by Islamic extremism. The Nice attack is the second this year after a French police officer was stabbed to death by Larossi Abballa in January. Five attacks occurred in 2015.

However, it is unable to cope with the scale of the problem.

One could conclude that this makes France vulnerable.

The root reason however has been ignored, perhaps since 1962, when France lost Algeria and citizens of its former colonies started migrating to France. The cycle of dissatisfaction perhaps then started as French-Muslims have often felt marginalised in French society.

The riots in 2005 in Clichy-sous-Bois, Paris, highlights the disenfranchisement felt by French youth who lived in poorer neighbourhoods, of African and Muslim backgrounds, after which a crackdown on immigration ensued.

Commentators have noted the lack of change in those same neighbourhoods. The political landscape in France is also perceived to be anti-Islamic, e.g the banning of the niqab and the continuing intervention in Muslim countries. This perception can add to the radicalising of young people into the arms of Daesh or similar. It also makes France a ‘closer and more opportune target’.

The Head of Internal Security only two months prior to the latest attack, said that France was on the brink of civil war, between the disenfranchised Muslim population and the extreme right-wing. He eerily predicted it would only take one or two more attacks for right-wing extremists to retaliate and target the ‘migrant’ community.

The nature of attacks is changing, Daesh have called on would-be ‘jihadis’ to use any means they have – vehicles, stabbing. The response needs to be nuanced, intelligent and win hearts and minds in its own country. Otherwise the results could spell disaster.