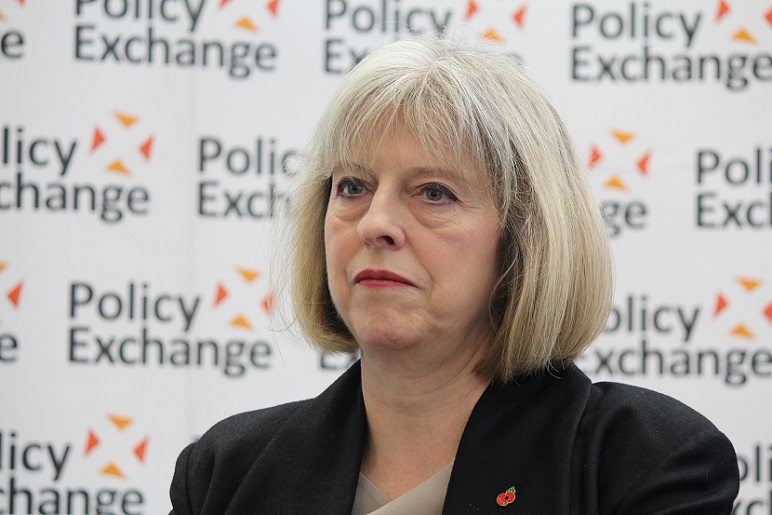 In one of her first acts as prime minister, Theresa May has announced plans to abolish the Department for Energy and Climate Change.

Despite a recent government report stating Britain must urgently prepare for flooding, heatwaves and food shortages, May’s reckless act proves her ineptness at addressing and handling the key issues Britain and the world faces.

Climate change will now be addressed under the new Department for Business, Energy & Industrial Strategy. A name which suggests no concern for environmental issues or challenges, only big business and corporate power.

May’s decision may not come as a surprise to those who know her voting record. She has generally voted against measures to prevent climate change, supported selling off England’s state-owned forests, opposed regulations on fracking, and showed little concern for environmental issues given her often ‘absentee’ record, including not showing up to vote on financial incentives for low carbon electricity generation.

In another blow to environmental campaigners, May has announced that former competitor in the leadership race, Andrea Leadsom, will continue her role in the energy sector, as environment secretary.

Leadsom has a disastrous record when it comes to addressing climate change. She is openly pro-fracking and believes it is the answer to Britain’s energy problems. Similarly, before being appointed energy minister in 2010, she admitted she actually questioned whether climate change was real, revealing that she understood “the suspicion of those who see climate action as some sort of cover for anti-growth, anti-capitalist, proto-socialism.”

While, according to her website, she now acknowledges the need to address climate change, her blog posts actively encourage and celebrate the blocking of wind farm planning applications in her constituency.

Similarly, Leadsom has strong connections to oil companies and investment. From 1999 to 2009, Leadsom worked as a senior investment officer at Invesco, a fund management company. In 2014, Invesco revealed it held £3m of investments in Amerisur Resources, an oil and gas producer, and a further £2.8m of investments in Hunting, which supplies the oil industry, among other fossil fuel interests. Although her involvement in these investment decisions is unclear, Leadsom supports the oil sector and plans to continue investment in this area.

Moreover, May’s announcement is a disastrous result for those aware of the Transatlantic Trade and Investment Partnership (TTIP) plans. A leaked document from the EU reveals intentions to include new and dangerous clauses in the proposed energy chapter of the TTIP. Such clauses would require the US and the EU “to eliminate all existing restrictions on the export of natural gas in trade between” the two parties, obligate them to “foster industry self-regulation” on energy efficiency rather than using mandatory requirements that oblige corporations to boost the energy efficiency of their products as well as threaten the protection rules imposed on the destructive extraction of fossil fuels.

While the Brexit vote means Britain plans to leave the EU, several campaigners have suggested that Britain will not be exempt from the TTIP agreements. Mark Dearn, the senior trade campaigner at War on Want said:

While voting to leave the EU would immediately remove you from TTIP, it doesn’t mean that five years from now you remain outside those powers. If TTIP goes through then it is intended as a template for all world trade.

This is shocking. Less than a day into the job and it appears that the new Prime Minister has already downgraded action to tackle climate change, one of the biggest threats we face.

This is a shocking first move by May which doesn’t set the rest of her leadership plans in good stead. With climate change becoming an ever growing issue by the day, an environment secretary with little concern for anything other than oil and money and a demon sized TTIP agreement threatening to ruin any hope of redemption, what hope is there for the future of our environment?

Use Search for the Planet – a search engine which donates all profits to environmental charities!

Write to Andrea Leadsom and make her put the environment first!