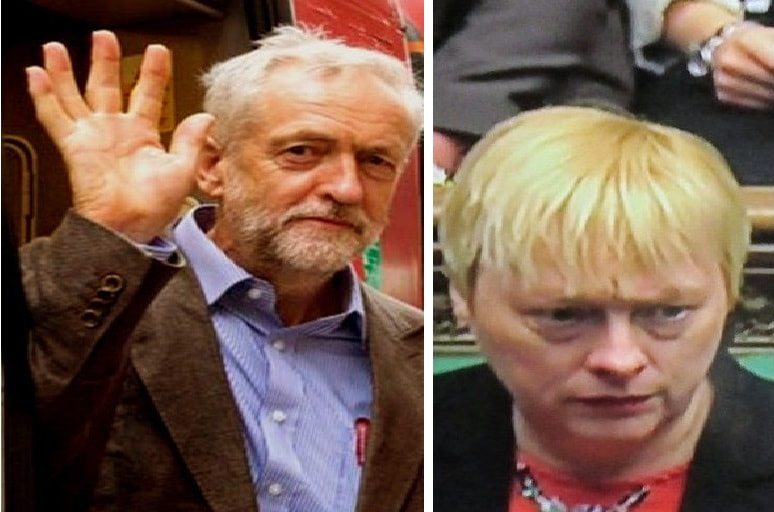 Local Labour branches are holding unofficial meetings in defiance of a ban imposed by the party’s ruling national executive. One such meeting was held in leadership challenger Angela Eagle’s own Merseyside constituency of Wallasey – with the New Brighton branch meeting on Wednesday night. And as the Guardian reports:

At the end of the two-hour meeting, a vote of no confidence in Eagle was passed by 54 to nine.

In a further blow for Eagle, Labour leader Jeremy Corbyn spoke at the meeting when it continued in a nearby pub.

Corbyn support is rife within Eagle’s own nest. Stepping back from the New Brighton branch, the entirety of Eagle’s Wallasey Constituency Labour Party (CLP) passed “a motion of support for Jeremy Corbyn as leader of the Labour party… with an overwhelming majority” last week. Considering that Eagle is hoping to lead the entire party, it’s pretty awkward that she cannot even command the support of her own CLP after serving it since 1992.

Subverting the National Executive Committee (NEC)’s decision to suspend CLP meetings until after the leadership elections, the meetings are going ahead as informal gatherings among Labour members rather than as official events. Labour branches in Liverpool, London, the Midlands and elsewhere also undermined the order and held unofficial, impromptu meetings.

The NEC claims its authoritarian decision to suspend CLP meetings is a result of ‘security fears’, with Angela Eagle’s constituency office being bricked and Corbyn receiving death threats. But following this, some would argue that Labour members should be encouraged to reach out to each other rather being divided even further. At the meeting in New Brighton, for example, several speakers expressed support for Eagle and were listened to respectfully.

Critics may argue that the NEC’s decision is a thinly veiled attack on the Labour party’s internal democracy and an attempt to isolate Corbyn’s grassroots support. Minimising communication between members, meanwhile, only strengthens the power the mainstream media has over the leadership election. The less public communication there is, the more people’s impressions of each other are grounded in media representations rather than reality.

The NEC’s choice to breach the membership contract and ban new additions from voting chimes with this contempt for the grassroots support base. As does raising the fee to vote as a registered supporter from £3 to £25. The Labour party cannot justifiably charge this amount while claiming to represent the working class. The aforementioned New Brighton meeting voted unanimously, albeit unofficially, to reject the £25 fee, with one person calling it a “surcharge on democracy”.

Democrats would argue that it’s especially important to maximise communication ahead of a leadership election. Yet the NEC’s decision inhibits the social interaction of Labour’s grassroots base (if, of course, these members abide by it). The fact that various CLPs have decided to hold meetings in spite of the paternalistic ruling shows that many of them recognise this.

Sign the petition to allow all full Labour members to vote in leadership campaign.

Write to your MP, demanding answers.