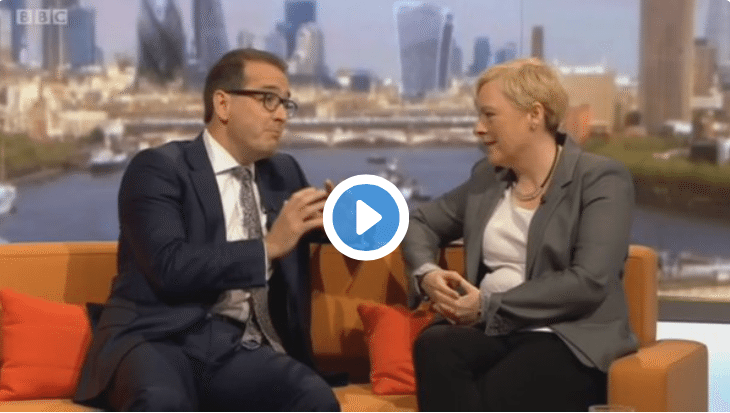 Labour leadership contender Owen Smith managed to destroy his own campaign in three little words, during an appearance on the Andrew Marr show this weekend. He told the presenter: “Austerity is right”.

This is quite unbelievable from Owen Smith and Angela Eagle pic.twitter.com/mvFawUZSit #marr

Austerity is an economic and social train wreck. A political choice, not an economic necessity, which has wrought absolute disaster on working and formerly middle class communities across the country, and the world. Under an Owen Smith government, British voters can expect more of the same. Indeed, this is what the Labour coup is primarily about – ensuring the continuation of the status quo. Want things to continue along current trends? Vote for Owen Smith.

In scenes worthy of political satire The Thick of It, Angela Eagle and Owen Smith competed to win the hearts and minds of Corbyn supporters, while ensuring they didn’t scare the horses of Middle England. The result was pure political theatre, with each candidate making one statement, then reversing themselves in an effort to appeal to those who felt the opposite. The pair gave off the desperate whiff of social outsiders who, in their eagerness for acceptance, say ‘Yes! Me too!’ to every opinion put their way.

Austerity is right, but we’ll bring back the 50p tax rate

Corporations should pay their fair share, but we won’t reverse Osborne’s tax cuts

Britain should be a land of opportunity, but we won’t reduce or scrap tuition fees

We’re sorry about voting for the war in Iraq, but we’d do it again in a heartbeat

Sick and disabled people have suffered under the Tories, but we won’t stop the Bedroom tax or the Work Capability Assessments or in fact anything that might make a real difference.

Even the most ardent supporters of the Labour coup were watching the scenes play out from behind their sofas.

The contenders managed to explain, more articulately than their political opponents ever could, exactly how important it is that they do not regain control of the Labour party at the leadership election.

Not only did this wing of the party attempt to topple Corbyn without recourse to any democratic process, but they then attempted to ensure he was kept off the ballot to avoid any later democratic intervention against their wishes. When that failed, they threw their energy into efforts to disenfranchise as many Corbyn supporters as possible. First by removing the right to vote in leadership elections from over 100,000 Labour members. Then by upping the cost to become a registered supporter (which ‘guarantees’ a vote in the leadership election) from £3 to £25 – an unashamedly direct attack on the poorest voters. The party is also now replaying its infamous ‘purge’ of the 2015 leadership election, when insiders trawled social media in efforts to further remove supporters on the most bogus pretexts. During that purge, I not only found myself disenfranchised, but my name and details were passed to the Guardian who published a piece calling me an ‘infiltrator.’

How a group so committed to anti-democratic practices can call themselves ‘moderates’ and ‘democrats’ with a straight face simply beggars belief. What can we expect from them next? Anyone who refuses to place their hand on a copy of Adam Smith’s ‘Wealth of Nations’ and pledge an oath to neoliberalism will be purged from the party? A motion to make the theme tune at the next party conference ABBA’s ‘Money, money, money‘? Some McCarthy-era style tribunal where Labour members and media types are faced with the question: “Are you now, or have you ever been, a Corbyinista?”

Why are they so afraid? They are facing the most real and present threat to their power since 1979 – an organized, galvanised, working class political movement.

They are going to throw every weapon in their armoury at ensuring this movement is crushed. But none of those weapons is more powerful than a tight-knit, grass roots movement with its eye on a shared vision of an inspiring future. They don’t fear Corbyn because he might be unelectable, they fear him because he, and the movement he represents, might be unstoppable.

I'm standing again for Labour's leadership. Register to vote and we can change politics in Britain.https://t.co/mI4tp5FKAK

You can also join the Labour party as a supporter for £25 between July 18th and 20th in order to vote in the leadership election.