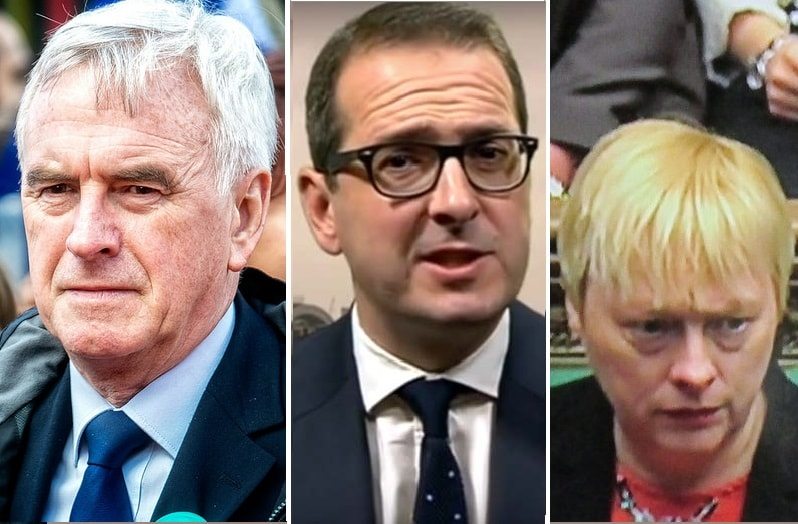 Addressing Labour supporters at a rally in Newcastle, Shadow Chancellor John McDonnell nailed the truth behind the attempted coup:

It appears the Labour elite do not fear Corbyn, they fear the political uprising he is facilitating. There is a huge movement coalescing under the Labour leader that threatens to break up media and banking monopolies, deconstruct neoliberal capitalism and bring the Westminster gravy train screeching to a halt.

The Labour elite trumpet ‘unity’, but they mean the membership following the MPs for unity, and not the other way around. The now approaching 600,000 strong membership must accommodate for the 172 MPs who voted for no confidence in Corbyn, not vice versa. They believe their vote of no confidence overrides Corbyn’s unprecedented democratic mandate from the membership.

The choice of Labour’s ruling national executive (NEC) to breach the membership contract and ban new members from voting chimes with this contempt for the grassroots support base. As does raising the fee to vote as a registered supporter from £3 to £25. The Labour party cannot justifiably charge this amount while claiming to represent the working class.

And it’s precisely this worldview of top-heavy, anti-democratic control of an organisation, harboured by the majority of the parliamentary coup brigade, that summarises their agenda. The plotters want to maintain the established economy, whereby the people who make up an organisation are second-class to bosses. The 1% make the decisions, not the rest of us. Within the coup worldview, just as workers must follow the will of bosses, members must listen to the Parliamentary Labour Party (PLP) and fall in line.

Contrary to Eagle, Smith and the other plotters, Corbyn and McDonnell are supporters of non-statist socialism – not central government control, but workers having democratic control over their workplace. Instead of distant shareholders multiplying their cash, the workers own a share of the business they are a key part of. The Shadow Chancellor said in January:

The current clash within the Labour party can be summarised as elitism versus democracy. The permanent political class and the 1% they represent, against a movement that seeks to devolve power to the rest of us. Worker cooperatives would make the 99% shareholders in enterprise – it is this democratisation of the economy that the coup is resisting. The coup is only about Corbyn insofar as he is the vehicle of progress within British parliamentary democracy.

You can also join the Labour party as a supporter for £25 between July 18th and 20th in order to vote in the leadership election.