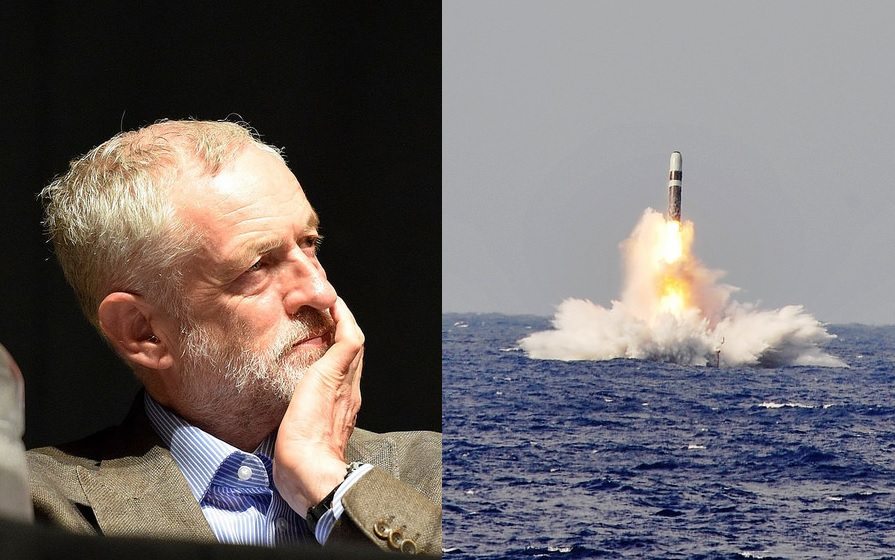 On 18 July the UK parliament will vote to decide whether to renew its weapon of mass destruction (WMD), commonly known as Trident. Many MPs plan to vote in favour of keeping the nuclear warheads, with some saying it would be a “gross irresponsibility” to abandon them.

But this argument, that renewing Trident is ‘responsible’, has been challenged by many, including Jeremy Corbyn. And the grounds on which he argues the case for nuclear disarmament speaks to this core issue in the nuclear debate.

Speaking to The Guardian at the Tolpuddle festival in Dorset, Corbyn restated his longstanding commitment to unilateral nuclear disarmament, and his hope that the Labour party would get behind that position. He noted:

I recognise people are going to take some time to get into that position [unilateralism], but I ask them to look at the world as it is

The “world as it is” that Corbyn speaks of includes international laws, obligations and treaties. And there is a crucial treaty relating to nuclear deterrents, which Corbyn highlights in the justification of his anti-Trident position:

I will be voting against continuous at-sea deterrent, because it rules out any compliance with the nuclear non-proliferation treaty…I’ve been involved in peace transformation all of my life, and I think we’ve got an opportunity to show leadership in the world.

Who are we responsible to?

The Labour leader’s argument is that we have a responsibility to the United Nations, under the Treaty on the Non-Proliferation of Nuclear Weapons (NPT), to take measures to reduce our nuclear capacity. And that it would show “leadership” to do so.

The UK committed to the NPT at its birth. This treaty, ratified in 1970, aims to “prevent the spread of nuclear weapons” and bring about “complete disarmament” in those countries that already own them.

Therefore, as a signatory to the treaty, the UK should:

And what better moment than this to ‘negotiate’, when we have a key bargaining chip in our hands?

The UK could make a deal with the remaining nuclear powers to consign Trident to history if they agree to do the same with part of their arsenals. This could trigger a slowing of the arms ‘race’, and would have great symbolic weight as the UK is considered one of the major nuclear powers.

Additionally, it would be a display of responsibility to the wider world, as the proliferation of nuclear weapons undoubtedly sets the world on a dangerous, and destabilising, path.

The major nuclear powers are the US, Russia, China, France and the UK. As we have noted recently, tensions are running high between many of these players – with the US explicitly saying it is gearing up for “a return to great-power competition” with “high-end enemies”, such as Russia and China.

As we learned from Iraq, where the US goes the UK often follows, so removing the nuclear arsenal now could stop us being dragged into an earth-shattering nuclear conflict at the behest of our ‘allies’. Or it could, perhaps, put the UK in a position to provide the ‘peaceful’ leadership needed to de-escalate any potential conflict.

India, Pakistan and North Korea also maintain a nuclear arsenal. Israel does too, but the exact scale of its capacity is unknown as inspectors are rarely allowed access to its facilities.

So, according to the logic of those who believe in the UK’s nuclear deterrent, there are nine ‘responsible’ nations in the world. That leaves around 190 reckless countries who exist without the ‘protection’ of nuclear weapons. In fact, one of the most influential countries in Europe’s orbit, Germany, sleeps peacefully without them. So, why can’t we?

Great Britain is desperately clinging to its legacy, as one of the ‘power players’ on the world stage. Removing our nuclear might diminishes our role in the militarised geopolitical club.

And with this Trident vote coming just one week after the country revisited the consequences of the Iraq war, which was justified by western leaders’ insistence that Saddam Hussein possessed WMDs, that ‘legacy’ is excruciatingly clear: our government invaded a country because it believed WMDs existed there, and now that same parliament is demanding it should continue to maintain its own WMDs. There can be no clearer illustration of how pathologically imperial our world continues to be.

Surely, it’s time – in a globalised world – to focus on finding peaceful solutions to our problems. Trident’s destruction would be a step towards that, and avow our commitment to what truly matters: the planet, and the lives that exist upon it.

Surely that’s who, and what, we are responsible to.