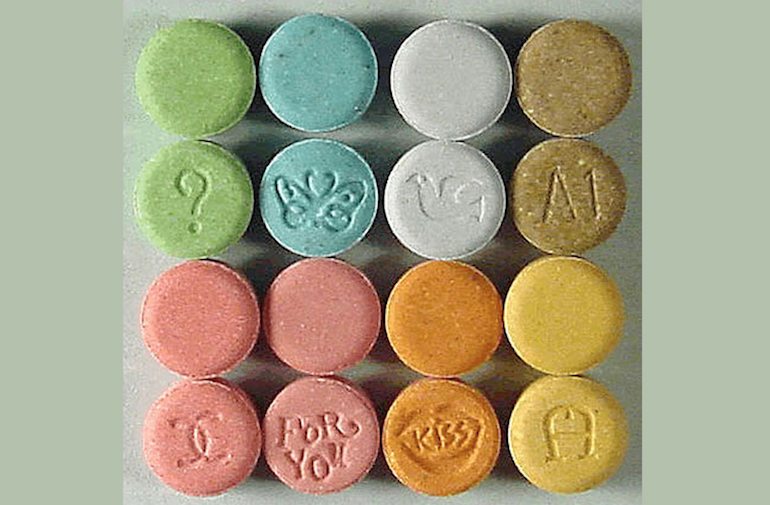 MDMA, more commonly referred to as ecstasy, is often thought of as a dangerous Schedule 1 drug – a potentially addictive “club drug” of abuse with no known medical use. But scientists argue that instead of demonising MDMA, we should be studying it for its potential uses in issues related to social behaviour.

Ecstasy was first developed by a pharmaceutical company in 1912. It affects many of the same neurotransmitters – the chemical messengers of the brain – that are targeted by other “club drugs”. However, ecstasy is unique in that it causes its users to experience a feeling of closeness and empathy, and enhances positive social interactions unlike any other drug in the same class.

In the 1970’s, because of these positive effects, ecstasy earned a reputation as an “empathogen” and scientists set out to study its potential therapeutic uses.

Unfortunately for researchers at the time, its recreational use skyrocketed in the early 1980’s, leading to the US Drug Enforcement Agency and European authorities calling emergency meetings to discuss its control. In 1985, MDMA was placed into the Schedule 1 category, making it subject to the most stringent regulation.

In 2004, however, things changed after 20 years of advocacy by a non-governmental group: The US Food and Drug Administration approved the first use of MDMA in humans as an Investigational New Drug. Researchers have been able to learn more about the drug since its status was approved, and the results so far look promising.

Thirty-one years after it was restricted, is it now time to take MDMA off the ‘banned substances shelf’ and begin again to unleash its therapeutic potential?

A team of scientists who published a commentary piece in Cell this week certainly think so. The researchers argue that instead of ecstasy being demonized, it could be a useful part of the toolkit for treating post-traumatic stress disorder (PTSD) and other neuropsychiatric disorders.

says Robert Malenka, a psychiatrist and neuroscientist at Stanford University.

If we start understanding MDMA’s molecular targets better, and the biotech and pharmaceutical industries pay attention, it may lead to the development of drugs that maintain the potential therapeutic effects for disorders like autism or PTSD but have less abuse liability.

The researchers still don’t know exactly how MDMA works in humans, and they certainly don’t condone its recreational use. But a small clinical trial in 2013 and other clinical cases show potential for the drug to be used as an adjunct to therapy in cases of PTSD. Malenka argues:

Drugs like MDMA should be the object of rigorous scientific study, and should not necessarily be demonized

Improved tools in recent years such as optogenetics, viral tracing methodologies, sophisticated molecular genetic techniques, and the ability to create knockout mice have contributed to the push for more research into MDMA. Says Malenka:

I started thinking five or six years ago that maybe we can actually attack how MDMA works in the brain in a more meaningful way, because now we have the tools to do it right

Could treatments for social and psychological disorders be about to get an upheaval? It’s too early to tell, but if this research is anything to go by, it may soon be time for ecstasy and other back alley purchases to come out of the shadows and take their place on a doctor’s prescription pad.