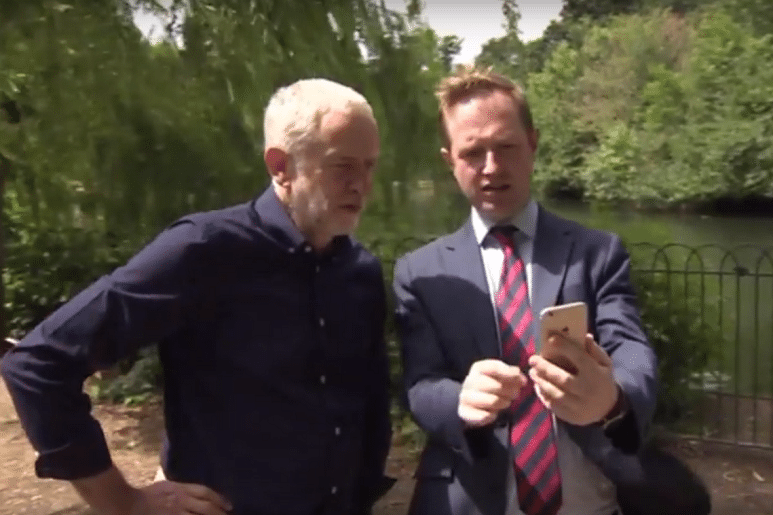 Despite a Labour coup, another leadership challenge and a rising battle against the Conservatives’ plans for austerity, Jeremy Corbyn proves he still has time to be a leader of the people – as he joins in the quest to “catch ’em all”.

During a ‘stroll through the park’ interview, BBC political reporter Adam Fleming shows Corbyn the new craze of Pokemon Go and they both manage to catch a wild Krabby.

In an amazing one liner, Corbyn responds:

Krabby was caught. We caught Krabby, OK. So our work this morning has not been in vain.

Despite Corbyn’s ongoing struggle within his own political party, it is moments like these that show him as a down-to-earth and ordinary man, on an epic journey to oppose austerity and stand up for people’s rights.

During the walk, the pair also discussed Corbyn’s leadership of the Labour party, his challengers, Angela Eagle and Owen Smith, and also the new prime minister, Theresa May. Watch the full video here:

Most poignantly, Corbyn also discusses the recent rules which exclude recently signed up members from voting in the leadership contest, and declares them as unfair. His recent posts on Facebook shows his contempt for the increased fee to vote, and prove his empathy and support for those who have less economic means. 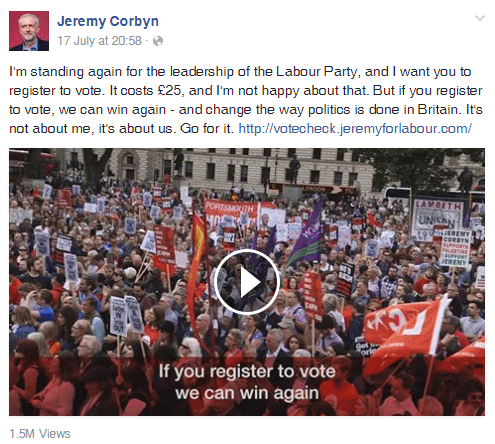 Unlike Corbyn, who empathises with his supporters over this fee no matter what their economic class, Steve McCabe, Labour MP for Birmingham Selly Oak, appears to disregard poorer people. When asked why Labour increased the voting fee, McCabe responded on Twitter: 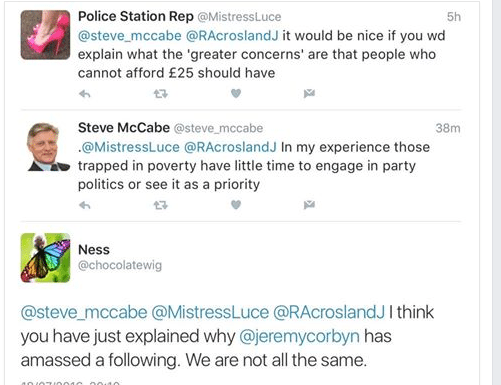 McCabe, who has previously claimed that Jeremy Corbyn was leading the party “over a cliff”, appears to suggest that those in poverty have little time to worry about the future of their country or have little concern over who is running it.

This comes from a man who, in 2009, over-claimed his MP expenses by £4,059. McCabe continues to dig himself a hole as he responds to those questioning his statement:

Poverty is a full time task, and it appears McCabe plans to do very little to solve or help those stuck in it.

Attitudes like McCabe’s show why a new type of politics is greatly needed in this country – a politics which supports those of all economic classes and doesn’t pre-judge or segregate.

Only Corbyn is currently placed to deliver this change – and if his ability to “catch ’em all” is anything to go by, the UK is in safe hands.

Sign up to vote in the Labour leadership election.